Where To Eat After A Run In Soho

All the restaurant motivation you need to finish your run in Soho.

Running in Soho requires more courage than running in other parts of the city. In Soho, you have to brave hot dog carts, shopping bags on Broadway, and groups of teens who genuinely think they’re in Times Square. But there are several places to eat in the neighborhood that make all of these obstacles worthwhile. Whether you want a relatively healthy meal to celebrate your personal best 5k, or some really good Thai fried chicken - here’s where you should go after a run in Soho. All of these spots are casual, and you won’t feel out of place wearing quick-dry shorts. 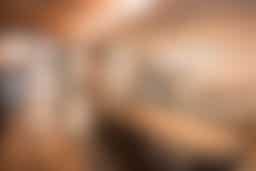 In roughly the same amount of time it takes the average person to run a 5k, you could have an excellent meal at Westbourne. The counter-service vegetarian spot on Sullivan Street makes great salads, bowls, and sandwiches. We especially like the mushroom and sauerkraut mashrueben beacuse it’s good enough to make you take stock of how loyal you really are to corned beef. If you’re here to get all of your nutrients in one sitting, we like the “Over the Rainbowl,” especially after adding halloumi. Also, Westbourne doubles as an athleisure anonymous meeting place, so you probably won’t be the only person wearing workout clothes here. 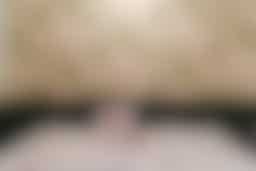 Like very strong allergy medication and Plan B, most great New York bagels are purchased over a counter. At Baz, you can order your bagel from a laminated menu at a table without having to wait an outrageous amount of time to get in (or having to pay Sadelle’s prices). Even if you’re not typically a pumpernickel person, you should get the pumpernickel everything bagel here. You’ll probably leave a pumpernickel convert. Baz also serves some good eggs, latkes, and salads if you’re not in the mood for a bread circle. And if you’d rather get your bagel to-go than have a full meal here, there’s a counter up front where you can do just that. 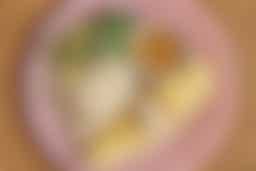 Uncle Boons is one of our absolute favorite restaurants in Manhattan, but it’s not the sort of place you can waltz into when you smell like a fifth-grader after P.E.. Where you can go, however, is down the block to Uncle Boons Sister. This is a casual place with classic Thai dishes that are much better than what you’ll find at most other spots. We like the Thai omelettes and papaya salad, as well as the fried chicken laab that has solved many of our emotional dilemmas. Between the chicken and the exercise, you’ll probably have enough endorphins to run for local office or at least to start a passion project. 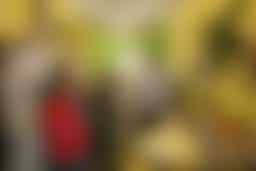 Before your run, call Alidoro and pre-order your sandwich for pick-up. That way you can run directly to their tiny Soho shop, skip the entire ordering process, and leave with an excellent Italian sandwich as your very own participation medal for running. There are about 40 different kinds, and all are named after different historical figures - but stick to the basics (the ones with soppressata, fresh mozzarella, and prosciutto). Two more important things: there are only a few tables here and the Soho location is cash-only. 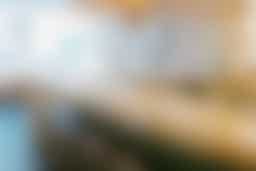 If there was an NBA team made up of the restaurants with the best noodles in the city, they’d be called the New York Noodles and Raku would be in the starting five. This Japanese spot in west Soho is casual enough to sit in your workout clothes without feeling self-conscious about your running fanny pack that was advertised to you as a “belt bag.” Also, every check at this Japanese restaurant comes with several frozen grapes in a small dish. In a hypothetical experiment to incentivize humans to run outside more, we’d advocate for a Pavlovian method using bowls of udon followed by these frozen grapes. 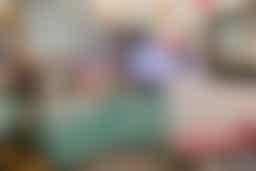 Another quick option in Soho is Salud. If you spend a lot of time in the area, you could have easily walked past this California-style Mexican lunch spot on Thompson Street thousands of times without noticing it. But once you know it’s there, you’ll start thinking about the food every time you run in the neighborhood (probably around mile two). More than half the menu is dedicated to juices and smoothies, which you can use to supplement your zucchini blossom quesadilla or chicken torta with avocado. The small space only has a few tables, as well as a little tree of ginger shots sitting on the counter. 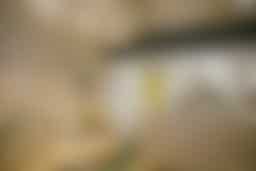 If the hordes of people waiting in lines for sample sales and sneaker drops start to distract you, we suggest zeroing in on the dumplings at Mimi Cheng’s as your end goal. You could even replace the words “love” and “baby” from the lyrics on your running playlist with words like “dumplings” and “scallion pancakes” and see if that helps. Our favorite thing to get here is the 50/50 dumpling plate, which gets you two different sets of four dumplings. Drench them in garlic chili oil and Mimi’s secret sauce for best results. 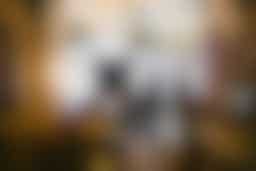 Cafe Habana is a sit-down Cuban restaurant in an old school diner space in Nolita. The lines are typically pretty long on weekends, which is why you should go on an early run and get there when they open at 9am. You’ll probably move a lot faster knowing there’s a $15 Cuban sandwich and some elote waiting for you. 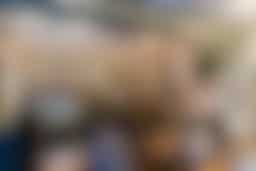 If you ever see 30 people wearing workout clothes on a sidewalk in Nolita, it can only mean one of two things. The first is a spin class just got out. The second is that they’re waiting for a table at Ruby’s Cafe. This is a casual spot where people eat grain bowls and ricotta pancakes while possibly pondering things like auras, side hustles, and fashion sports goggles that NBA players sometimes wear. To avoid the line, put your name in before running with a friend in the area. 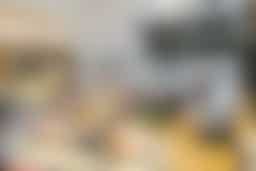 It’s a goal of ours to plan a running route that spirals exactly like Pi Bakerie’s spiral-shaped spanakopita pastries. Sure, this might be difficult when you consider New York City’s grid system, but it’s nice to dream about while we run. Pi Bakerie is a Greek counter-service spot from the same owners of another Greek bakery in Astoria we really like (Artopolis Bakery). You could have a sit-down meal here during the day, or just stop by and get a pastry. Try the spanakopita, some grape leaves, and a great, massive square of meaty moussaka. 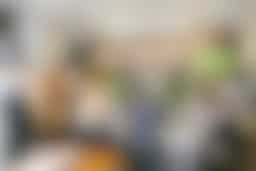 A benefit of Taim’s Nolita location is that there are very few seats (and they’re all backless stools). This means you can enjoy your tabouli salad and falafel platter in the privacy of your own home (where only your shorthaired cat can judge you for eating alone on the floor with your shirt off). The Israeli food is reliably good, and most of it is more exciting than what you’ll get at other fast-casual places in the area. 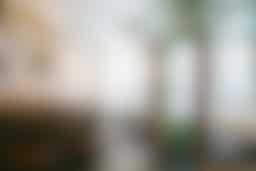 Epistrophy is a staple on our guide to Super Cute Reasonably Priced Restaurants To Catch Up With A Few Friends. And that’s because it’s relaxed enough in here to come in sweaty work out clothes, but cute enough to come on a first date and talk about the books on the shelves. The menu is full of simple and good food like a burrata, an endive salad with oranges, and a hanger steak that’s way better than it needs to be. And there’s a whole list of pastas under $20. 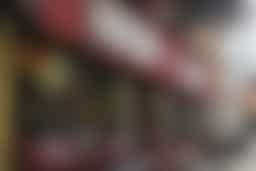 Most people don’t know that Mooncake Foods exists. So it’s good to keep in mind if you really don’t want to see a coworker or someone you used to date while you’re in your post-run vulnerable state. This restaurant looks like an old-school diner with seats at the counter, but they serve Asian-inspired things like miso-glazed salmon and pea shoot dumplings instead of grilled cheese and tomato sauce. The menu description of the salmon reads “here’s to your health” in all caps. We couldn’t have said it any better ourselves. 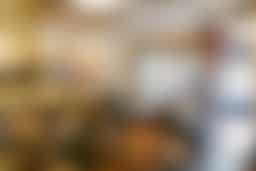 It’s possible that you firmly believe in eating breakfast food after morning runs, even if your “morning” run happens at 1pm on a Sunday. 12 Chairs is a Middle Eastern spot that serves breakfast all-day (as well as pierogies and schnitzel because pierogies and schnitzel are delicious). Nothing here costs over $20, and there’s enough space for a group of friends you convinced to trot through Soho with you. 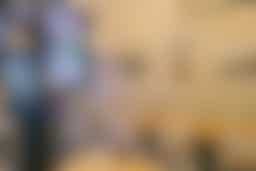 Like 12 Chairs, Two Hands in Nolita is open all day and has something everyone you jogged with will want to eat. Similar to a bean bag chair in a library or a metro card reader, the American food at this casual place is reliable, (and will feel familiar if you’ve been to other all-day cafes). On the healthier side, they have acai bowls and market plates with eggs. Alternatively, there are breakfast sandwiches and some very good baked goods, like (gluten-free) banana walnut bread. 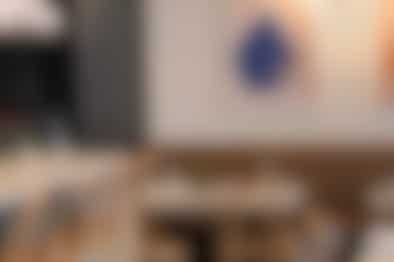 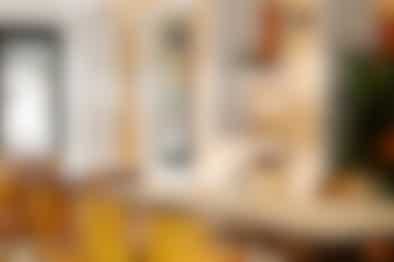 Where to go when you need to eat something with at least one vitamin. 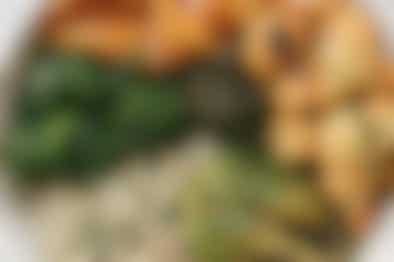 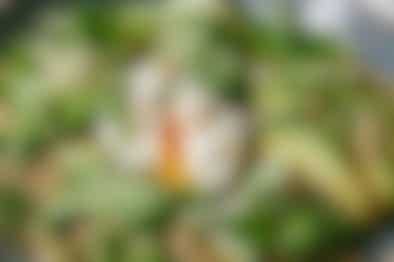 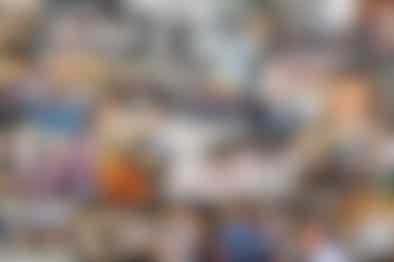 30 NYC Restaurants Giving Back To The Community 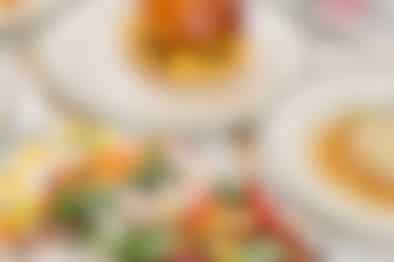 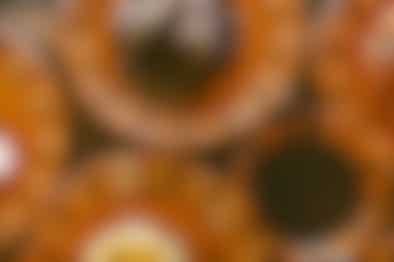 Want to know which Bronx restaurants are open for delivery and takeout? You’re in the right place. 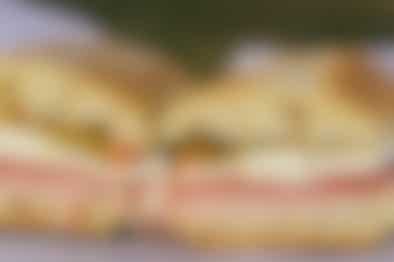 Want to know which Jersey City restaurants are open for delivery and takeout? You’re in the right place.
Restaurant Finder