The Best Restaurants In Meatpacking

There are plenty of reasons you could find yourself in Meatpacking. You might take your cousins for a walk on the Highline after a visit to the Whitney, try on a bunch of expensive clothes that you have no intention of buying, or get lost while walking around the West Village. When you do end up here, you might want to get some food. And frankly, this isn’t on our shortlist for best restaurant neighborhoods in New York. In fact, we thought about calling this guide “The Least Worst Restaurants In Meatpacking,” but that felt unfair because there are a handful of very good places to eat in the area. Here are 12 of them. 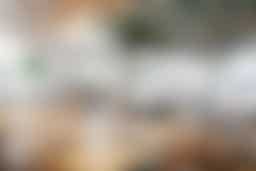 Putting a restaurant from the people behind Carbone, The Grill, and Dirty French in the middle of Meatpacking sounds like a recipe for elaborate tableside presentations and maybe even a magic show. But Santina is actually a casual Italian spot (by Meatpacking standards) where you can walk in and have drinks and a light dinner at the bar. The big windows and bright, colorful space make it a good option for group brunches as well, when the palm trees and prosecco give off the impression that you’re at the beach, except for all the shopping tourists walking by. 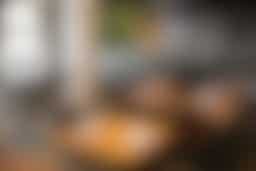 Toro is like the kid in school who egged the principal’s house on mischief night, but asked precocious questions in in class the next day. This cavernous spot can do a convincing impression of a party-restaurant, and you could come here with a group and walk around until you find another table willing to share pitchers of sangria. But the scene doesn’t come at the expense of the food like at a lot of places in the neighborhood. And the tapas - like intensely smoky chorizo or corn off-the-cob that tastes like a high-quality version of movie theater popcorn - make Toro a good option for a fun night out. 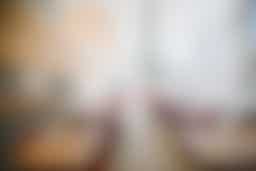 The Whitney is one of the best museums in Manhattan, and after you spend the appropriate amount of time “hmm-ing” in front of works by Georgia O’Keefe, you should head to Untitled, the excellent American restaurant on the ground floor. It’s from the people behind Gramercy Tavern and Manhatta, and it’s similar to those spots in that you can confidently come here when you’re looking to impress parents, clients, or out-of-town cousins. 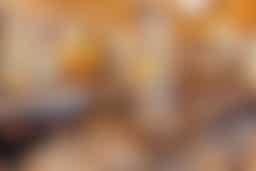 Pastis is like the Balthazar of Meatpacking. Both spots, which are from the same people, try harder to be French than an NYU sophomore smoking a hand-rolled cigarette during a semester in Paris. Both bistros are constantly packed with a combination of tourists and business meals, and both places serve very good, rich versions of French classics. At Pastis, the garlicky escargots and steak frites covered in butter are some of the best things you can eat in the neighborhood. 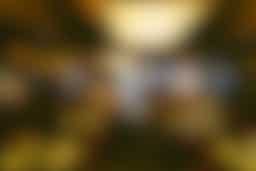 Old Homestead has been around since 1868, which makes it even older than Peter Luger, Keens, and every other steakhouse in New York City. That’s one reason that it tends to have about as many tourists as Chelsea Market, and another reason probably has to do with its location across the street from Chelsea Market. But the three-floor space on the Chelsea/Meatpacking border is big enough that you can get a table here more easily than at Luger or Keens, which you should take advantage of because the meat here is similarly fantastic. Pair it with a martini and a skillet of buttery mashed potatoes, or come here for lunch, and still pair it with those things. 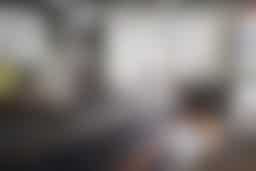 The Wild Son is a low-key American spot located in between The Standard Biergarten and Brass Monkey, which is kind of like sitting in the middle seat of the dog van between Harry and Lloyd. But it’s a good spot to know about if you find yourself in the area for brunch or lunch and don’t want to deal with people taking pictures of pancake flights at Bubby’s or themselves at RH Rooftop. Come here for a solo, healthy breakfast or lunch and order a grain and egg bowl at the bar, or meet someone for drinks and $1 oysters during Happy Hour. 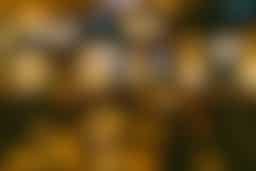 With their velvet ropes, rooftop bars, and bribeable doormen, hotels are the engines that make Meatpacking go. The most important one when it comes to nightlife is The Standard, which has three of the most popular spots to drink - Le Bain, the Boom Boom Room, and the Biergarten - as well as one of the best restaurants, The Standard Grill. The dark space on the ground floor of the hotel has white-jacketed servers doing tableside presentations for client dinners and dates. It feels like a high-end steakhouse, and they do offer a few expensive cuts of meat, but most of the menu is made up of seafood, vegetables, and Italian entrees. Our favorite dish here is the truffle risotto that’s rich, earthy, and comes with shrimp that melt when you bite into them. Finish the meal with the baked Alaska that’s set on fire tableside, and if you still need more entertainment, head up the elevator to Le Bain.

The Grill Cafe is the casual front area of the Standard Grill, and while you can use it for drinks at the bar while you wait for a table in the restaurant, it’s actually one of the best breakfast and lunch options in the area. The bright white-tiled space has booths that work for casual business meals, and the outdoor seating offers some of the most entertaining people watching in Meatpacking. As you watch a line of tinted SUVs drop off groups dressed like they’re ready for a yacht party in Cannes, you can have some drinks while ordering from the big raw bar menu, or get the dry-aged wagyu burger, which is about as tender as tartare and comes with a ton of crispy shoestring fries. 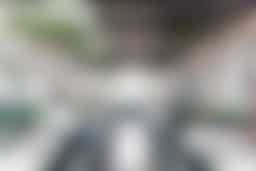 If you want to fully embrace Meatpacking, go to RH Rooftop, an American spot on the roof of Restoration Hardware. Take the all-glass elevator up past the five floors of marble statues, fountains, and beds that costs as much as barely used SUVs. Eventually, you’ll reach the walk-in-only restaurant, with its own fountains and trees, and a chandelier over every table. If you sit down for lunch or dinner, then order the creamy burrata and the shaved ribeye sandwich on a garlic bread baguette. You could also just have some drinks on the huge outdoor terrace, which has nice views of the downtown skyline and other rooftop bars in the neighborhood. 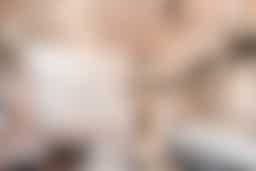 It’s not easy for a place to stand out in Meatpacking, and yet Old Rose does. This all-day Italian spot in the Jane Hotel is unique for the area in that it’s just extremely normal. The big, bright space looks like a converted ballroom, but it’s a casual place to get a yogurt parfait in the morning, a green goddess bowl for lunch, or some burrata and pizza or pasta for dinner. The food is all pretty good - especially the meatballs with stracciatella - and since most people in the area are looking for something closer to the opposite of a normal experience, you can usually walk in and get a table without a wait. 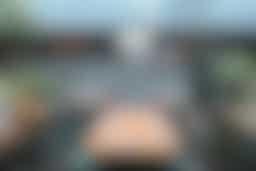 We really like the Chinese food at the original Hao Noodle in the West Village, and this location on 14th Street serves many of the same dishes, plus a bunch of single-serve skewers. So you can get the same excellent chicken in chili oil and wontons served in phenomenal chicken broth, and then try some Chinese barbecue skewers, like lamb kebab or spicy squid. The attractive space looks like it could double as a Free People or Anthropologie store, and it’s a nice low-key place to take a break from the crowds walking between the Free People and Anthropologie stores that are less than a block away. 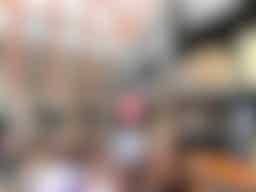 Hearth on the High Line

Hearth On The High Line

At any given moment in Meatpacking, you’ll find people looking up at the Highline, and then staring at Google Maps like Marco Polo reading a compass. But only one place allows you to observe these cargo short-wearing explorers once they get up there: Hearth On The Highline. This seasonal outdoor spot is located on the Highline itself, and it’s a good option for a light lunch or drinks and snacks after work or a walk on the West Side Highway. Get the roasted beet salad and a glass of bubbly, and then go with the braised pork sandwich, which has chili slaw and honey that soak into the bun. 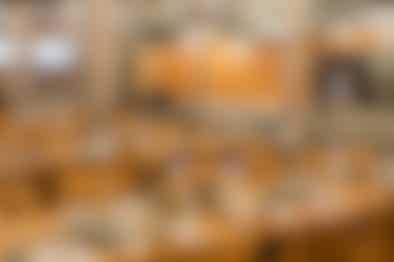 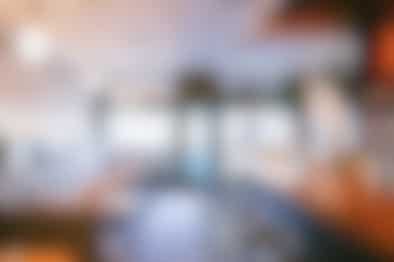 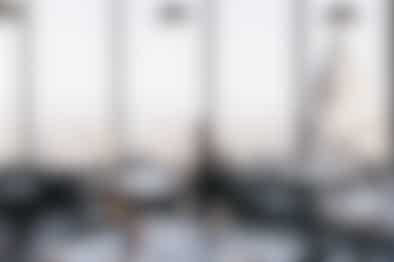 Whether you’re looking for breakfast, lunch, or dinner - if you’re in the Financial District, here are 26 good options. 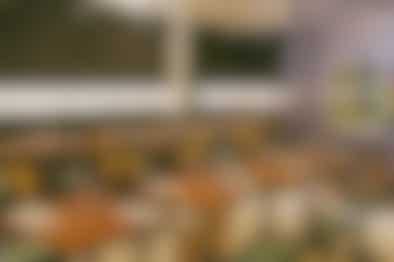 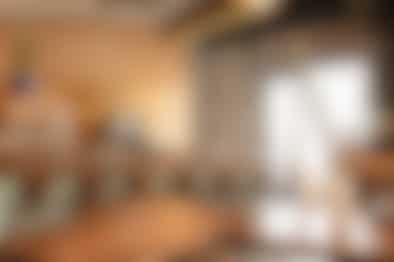 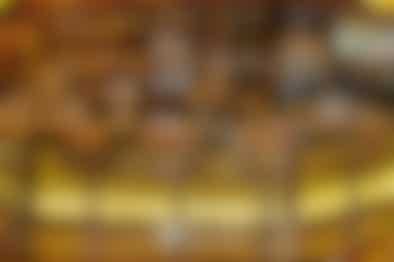 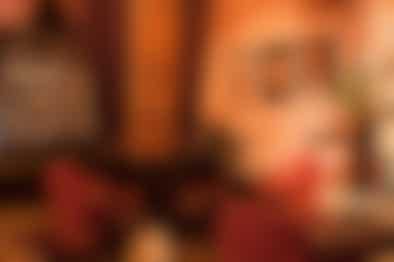 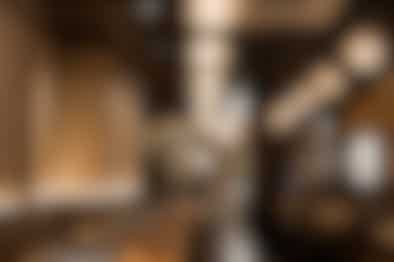