People want to sit outside at restaurants. And thanks to the pandemic, tons of places have been able to set up tables on sidewalks and streets, so there are more places to eat outdoors than ever. But if you want to sit outside in some relative peace and quiet - without having pedestrians, dogs, couriers, and the ever-present fleet of Amazon Prime trucks going by - you still have options. After all, you just spent a year in relative solitude, and maybe the idea of hanging out on crowded patios chatting with people you haven’t seen since 2019 feels a little like social whiplash. Here’s a list of relatively secluded or out-of-the-way patios for you to eat and drink outside in Chicago.

The Infatuation Chicago Guide To Summer 2021 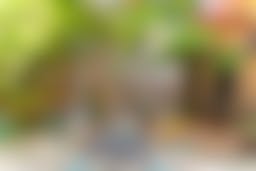 Bistro Campagne’s courtyard is charming, with brick walls, ivy, and lots of plants and trees. It’s also one of the best-kept secrets in Lincoln Square, which means the crowd (to the extent that there is one) seems to be filled with mostly regulars. Stick with French classics like escargot and boeuf bourguignon, and plan on ordering a second bottle of wine as an excuse to spend more time here. Who knows, maybe you’ll become a regular, too. 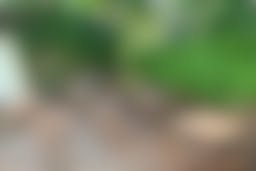 This Filipino restaurant in Wicker Park works well for date night, dinner with a friend, or even just having some chicken adobo by yourself. The charm factor increases even more when you can sit on their small, tree-lined back patio. It feels like the kind of tiny urban backyard you’re certain exists but have never experienced for yourself, like exact change or a runner’s high. Don’t skip out on dessert while you’re here - the pastries are fantastic and the halo halo is some of the best we’ve had in Chicago. 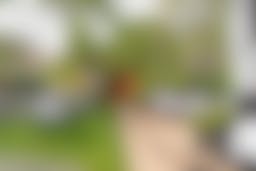 Chief O’Neill’s in Avondale feels like a classic Chicago bar (meaning full of wood and dim lighting to protect you from the light of day). But there’s also a spacious garden area for outdoor dining, the tables are spaced far apart, and overall it feels very peaceful. While they no longer offer their brunch buffet (thanks a lot, pandemic) at least they have live music on Sundays in their beer garden. Because drinking and eating corned beef while listening to an Irish folk band is classic Chicago, too. 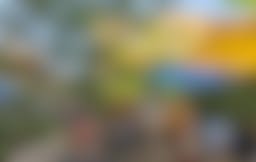 Fiya opened in Andersonville last spring, and this Israeli restaurant is wonderful. From the pillowy pita to the tahini-rich hummus that’s slick with olive oil to a khachapuri filled with shakshuka - it’s all delicious. And you can’t see it from the street, but they have a large, quiet, courtyard behind the restaurant that’s filled with string lights and trees. It’s exactly the kind of relaxing spot that’s perfect for a casual weekday dinner. 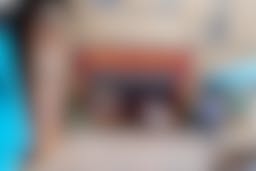 You might already know about the picnic table-filled outdoor space at Green Street Smoked Meats. But right next door is Trivoli Tavern, which is owned by the same team and also a part of Gin Alley. This means they have a twinkly lit cobblestoned patio with partially enclosed tables that are perfect for a quiet dinner outside. Trivoli serves upscale bar food like fish and chips, great pastas, and a very good steak frites. Dinner here just might make up for your cancelled-because-of-the-pandemic European vacation. 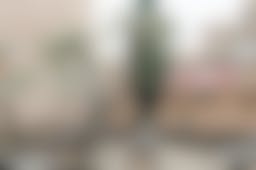 Hopleaf in Andersonville has an exceptional beer selection, and the food menu (with dishes like mac and cheese, mussels, and a delicious cashew butter and fig jam sandwich) goes above and beyond what you’d find in an average bar. There’s also a large, secluded beer garden out back, which provides a nice break from the parade of strollers rolling down Clark Street. 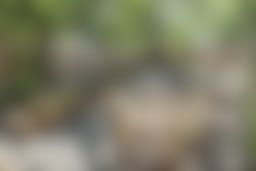 You never got around to planning that romantic getaway to Galena did you? Don’t feel bad - when you’re eating on the enclosed backyard patio at The Duck Inn in Bridgeport, you can forget you’re in the city. Order anything involving duck (including the whole rotisserie duck, which needs to be arranged ahead of time), or the duck-inn dog (a hot dog cooked in duck fat). Just make sure you have enough time to hang out after dinner and have drinks. The space has fire pits and comfortable chairs that will make you want to stay a while. 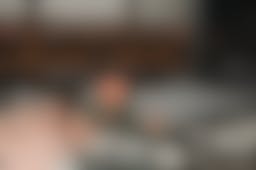 From the outside, Enoteca Roma in Wicker Park looks like a little Italian spot that can fit about 25 people. But don’t be discouraged - this place is the restaurant equivalent of Mary Poppins’ carpetbag, thanks to a huge back patio. It’s secluded and very cute, with string lights and lots of green stuff to help you forget you’re in the city. Start out with a polenta board for an appetizer (our favorite is topped with a venison bolognese), then follow up with a pasta, like the penne arrabiata or one of the handmade specials. Hang out here until they ask you to leave. 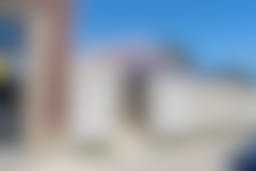 The large outdoor space at Truth Italian is perfect for a date, and the walled-off, covered patio means you can’t use the weather as an excuse to cancel. Also worth noting - this place serves a fantastic breakfast (with lots of french toast variations) seven days a week, and their long mimosa menu makes it ideal for a boozy weekend brunch. 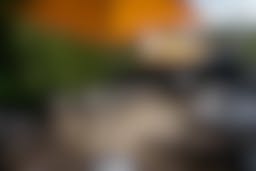 One of our favorite spots in Logan Square is Giant. And in the summer you can take advantage of their fenced-in back patio, which you might not realize exists since you can’t see it from the street. Once there, you can pretty much go with anything on the menu - we’ve yet to find something we don’t like. The broccoli and cheese is a must-order, and you’ll also want to try their pastas, like the tagliatelle with crab and uni butter. 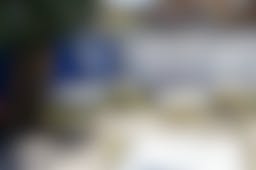 Like your ex, this place in Andersonville is leading a double life. By day, Lost Larson is a bakery milling its own grain and making some very good bread and pastries. But at night it’s a full-on wine bar where you can order things like delicious Swedish meatballs. One other thing this place is hiding: a fenced-in back patio. So, unlike your ex, Lost Larson’s secrets are fun to discover. 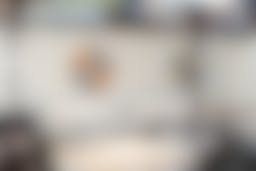 This year has been awful, including the three months when The Delta in Wicker Park closed permanently. Thankfully, it recently reopened. Even more good news: they still have their very nice back patio. You can’t see it from the street, and it’s far away from all the noise of Chicago Avenue. Come here for dishes like hush puppies, Delta-style tamales (which are simmered instead of steamed), and a delicious burger. 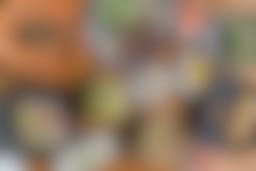 This Korean restaurant has a truly fantastic enclosed back patio that’s ideal for a date night in the West Loop. Order dishes like spicy fire chicken, dumplings, or the kimchi pancake - which is one of the best in Chicago. 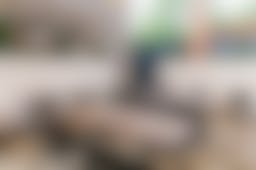 The Midwestern-inspired menu at Daisies in Logan Square revolves around seasonal produce - they even have a daily market where you can buy vegetables from local farms. And there’s no better place to have an insightful discussion about what exactly makes a tomato “heirloom” than the flower-box-filled back courtyard you might not know exists. 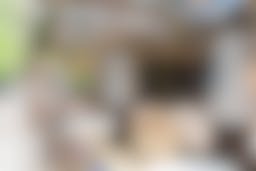 At first glance, the front patio at this Gold Coast Italian restaurant will look like your best bet for eating outside here. But don’t let the misdirection fool you - there’s actually a hidden back courtyard that’s way more appealing. It’s filled with pretty string lights, has the perfect atmosphere for a romantic dinner outside, and is a great place to avoid the neighborhood foot traffic.

M. Henry is a very popular brunch spot in Andersonville with a little back patio that you might not notice. But M. Henry is also open during the week - when you can order things like bacon-wrapped baked eggs, cinnamon roll french toast, or crab cake benedict and relax knowing that the hidden patio means there’s a good chance your boss won’t see you eating pancakes instead of having your eyes dilated. 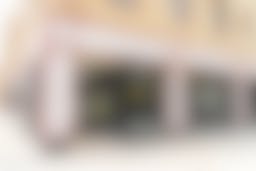 There are multiple outposts of this coffee shop, but the location in Bronzeville is the only one with a fenced-in patio. You can get things like lattes and cappuccinos, but you’ll also find a long list of delicious specialty drinks - like their banana mocha (with espresso, steamed milk, banana syrup, and chocolate) or the iced Dreamsicle made with white mocha, orange, and whipped cream. 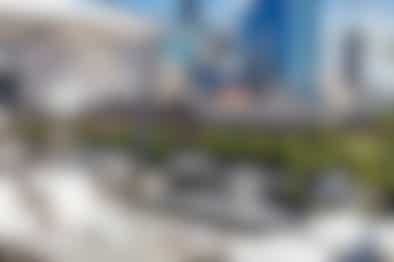 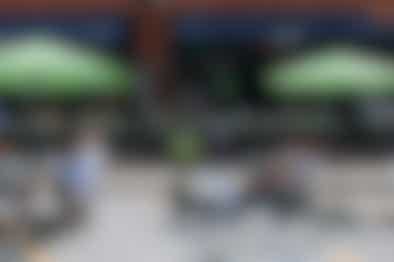 West Loop restaurants where you can eat outside today. 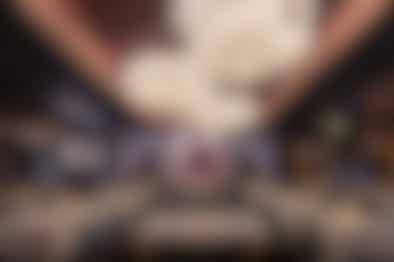 The 9 Most Exciting Dinner Spots In Chicago Right Now 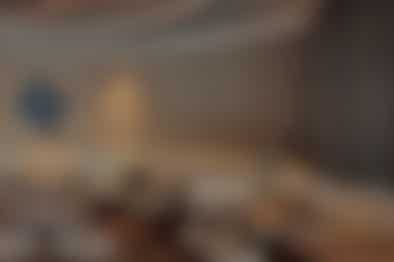 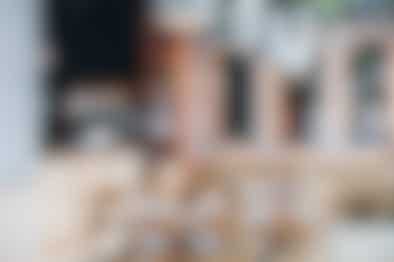 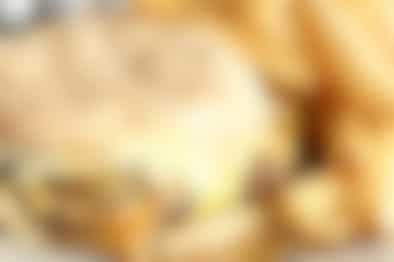 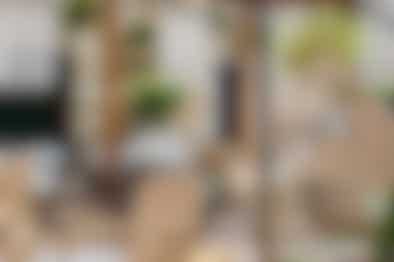 The best new places to eat and drink outside this summer.
Restaurant Finder