From an iconic British restaurant, to homely Vietnamese, to open fire cooking, and more - these are the best restaurants in Shoreditch.

Shoreditch, what are you? Are you a workplace or a playground? Are you the vortex of creativity, commerce and cool that came to symbolise the future direction of an entire city, or are you a sell out? Has the party moved on? Has the excitement left for Peckham and London Fields? Are you all washed up? Are you done?

These are just some of the questions we ask ourselves every time we go out to eat in Shoreditch. And having eaten there a lot, our overwhelming conclusion is that as far as food goes, it remains the only neighbourhood in London that can really rival Soho. Love it or hate it, the Shoreditch restaurant scene isn’t going anywhere. And the spots on this guide will tell you why. 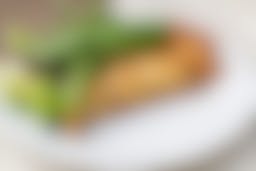 Molly’s Cafe is a space in Hoxton connected to the Museum of the Home where lots of other people - family people, hungover people, excited people, romantic people, solitary people, sultry people - are sitting and smiling and enjoying a rudely rich ice cream sandwich in total contentment. It’s an all-day affair. As good for a bacon sandwich as it is for a mid-afternoon negroni, a gooey lunchtime onion and parmesan tart or a ham and comté croque for the kids. It feels canteen-like in the best possible way. A casual place for second, or seven hundredth, dates as much as it is for solo sandwich goers. 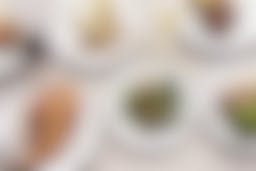 Rochelle Canteen is a brilliant and unique British restaurant in Arnold Circus, a quiet garden off of the high street. You’ll find it by wandering around and looking for a small blue door marked ‘Rochelle School’. Ring the buzzer for the canteen and you’ll enter a hidden garden with a path leading to the restaurant itself. The menu is excellent (everything from soup to salad to suet crust pies and sundaes are fantastic) but the feeling of discovery is a huge part of the Canteen’s appeal. While it’s open all week for lunch, you can also sneak a cosy dinner in during the latter part of the week. 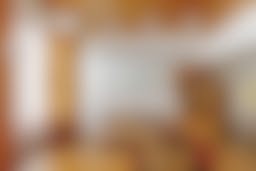 There was a glorious inevitability about Bao bringing their tried and tested restaurant formula to Shoreditch and thankfully (but equally, unsurprisingly) their noodle shop does not disappoint. Unlike previous iterations, it’s warming beef and vegan noodle soups rather than fluffy bao buns that are the main event, though these are of course still on the menu. But the real stars of the show are the small plates. Grabbing a stool here with a plate of spiced crispy tripe and a steaming bowl of Tainan-style noodle soup either solo or with a friend will quickly become your go-to Shoreditch move. 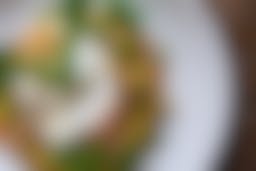 Ozone is known as a coffee shop at the top of Leonard Street. It’s known as a coffee shop since roasting coffee is they’ve made their name doing but, really, this shouldn’t be the case. Ozone is very much a restaurant: from the global menu that spans kedgeree to arancini, to the massive space where you can pitch up solo first thing in the morning, or hunker down in a booth from lunchtime to 5pm when it closes. 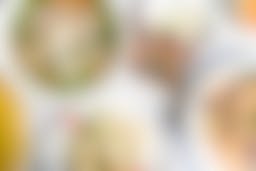 For some of the absolute best pho anywhere in London, Sông Quê should be high on your list. It’s usually slammed with Vietnamese families and ravenous Shoreditch groups, most of whom have been coming here for years, and the dining room has the feel of a bustling canteen. We love the banh xeo (Vietnamese pancake) and the grilled quail is also very good, but the steak, flank and tendon pho with tofu is what we come for.

Bibo is a rare restaurant. Not because it makes enormous pans of perfect paella. Or because its little croquettes wear little jamon hats. Not even because it’s a good-time restaurant with both a DJ and big let’s-get-boisterous booths. No, it’s a rare restaurant because it does all of these things - and it’s actually good. This restaurant is great at taking a classic crowd-pleaser and dressing it up in its Friday night glad rags. Be it chorizo served on soft brioche buns with a quail egg to accessorise, or a perfectly cooked tortilla decorated with artsy squiggles of brava sauce. Yes you’ll get bougie content here, but you’ll also get great food as well. 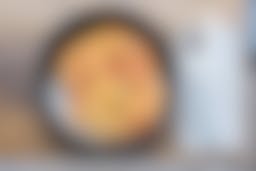 There are some things that London and Londoners never tire of. Things like free beer, free wine, and more free beer. Oh, and excellent pasta restaurants as well. Officina 00 is another one of those. We’re not saying that a single, flying saucer-like, raviolo bergese stuffed with mushroom and egg yolk will change your life, but we are saying that your life will be much sadder, and much less truffle-covered without it. In fact you’ll be sadder without pretty much every plate of pasta here, from the pork occhi, to the pappardelle, and at around £10 a plate, it’s one of Shoreditch’s best (value) restaurants. 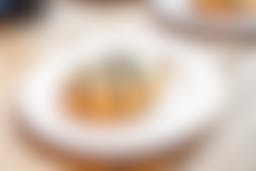 Since opening, Brat has established itself has one of London’s perma hottest restaurants. That isn’t just because of its open fire cooking approach, where the glorious blackened bread with burnt onion butter comes from, that carefully basted beastly whole turbot, or one of London’s first burnt cheesecakes. But also because the windows rarely open and it gets quite toasty in there, up high on Redchurch Street. No, we kid. It’s because this is quite simply an elite restaurant. Full of natural atmosphere and simply done, fantastic food. 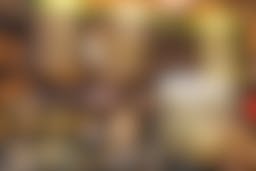 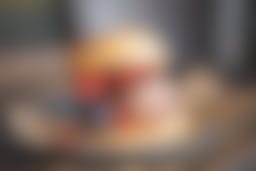 You ever get those days where you smell a bit whiffy, and all you want to do is sit in a dimly lit room and eat meat off a metal plate? No. Okay. Well, that day will come. And when it does, go to Smokestak. This is the best barbecue restaurant in London. The brisket bun is perfect. It’s ergonomically designed to sit in your hand like a really cute small pet that you will eventually eat. Everything else is good too, like salt-baked beetroot or charred greens. Plus, you come out smelling all lovely and smokey.

Despite being right there, right there on Redchurch Street, not a lot of people seem to know about Burro e Salvia. And that, we think, is just how they like it. The small, excuse me-sized handmade pasta restaurant has a changing menu of just 15 or so dishes, five of which will be pastas. Be it their signature beef, pork and spinach agnolotti with butter and sage or a seasonal autumn truffle piled bowl of passatelli. Despite being in the middle of Shoreditch it’s a lowkey spot, and that’s why you’ll like it. 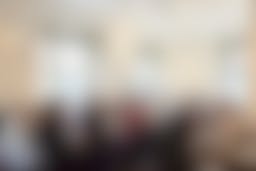 Sometimes it’s hard to imagine a place with any kind of relative serenity in Shoreditch. But through all the bustle and ball pits and streams of beer, there’s Leroy. This wine bar is a great spot for when you’re in the area but also looking to escape the area. It’s very easy to get comfortable here, thanks to the room, the wine, and the steady amount of tasty little plates you can pick on. 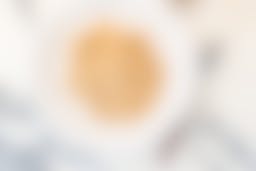 If you were to pick ten Londoners at random, line them up, and demand they tell you what their favourite restaurant is, chances are at least two of them would say Padella. We suggest you don’t actually do that because it’s arguably quite creepy, instead just trust us when we say this excellent handmade pasta restaurant creates near-cult-like feelings of devotion over their £8.50 pici cacio e pepe. Affordable, casual, and home to many a top negroni, this big spot isn’t quite as charming as their OG spot in Borough Market, but it’s still perfect for big pasta cravings and pappardelle-fuelled catch-ups. Plus, unlike their walk-in only spot in Borough Market, a limited number of tables here are available to book. 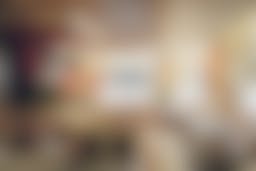 A faux-Italian trattoria plonked in the middle of Old Street and Shoreditch serving pizza and pasta under punny names should, by all rights, be everything you love or hate in the world. It’s a Marmite restaurant. Yet Gloria, with its ridiculous carbonara mixed in a parmesan wheel, and its desserts that are dramatic in looks and flavour, will (potentially) charm you. OTT Italian accents and all. Just remember to try and book a table. 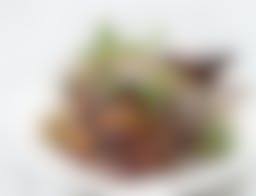 Oklava cooks fantastic and creative Turkish food. You’ll want some flatbreads and grills, and definitely some of the vegetable dishes - like the whole roast cauliflower - as they’re as good as any of the meat plates. Over-ordering can be a problem, as much of the menu is absurdly good. But that’s what we call ‘a good problem’. 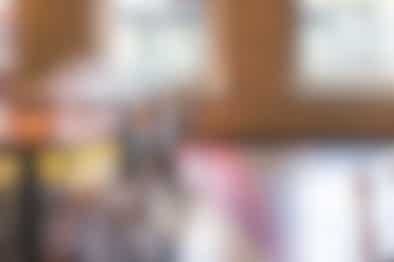 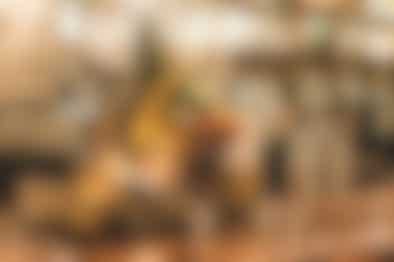 Where To Drink In Shoreditch

The best bars in Shoreditch. 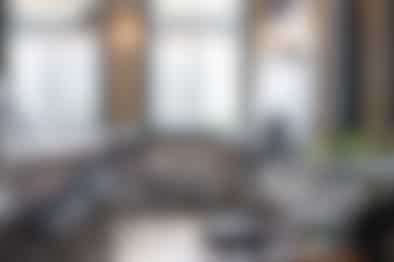 Where To Eat In London After Midnight

From Soho to Shoreditch, here are the best late night restaurants in London. 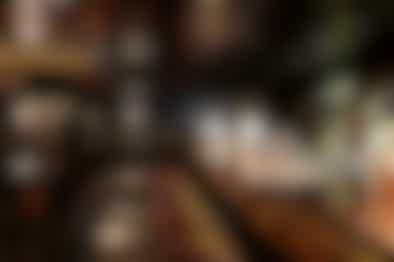 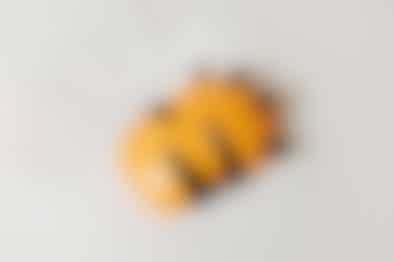 Celebrate the Year of the Tiger while supporting some of London’s best restaurants. 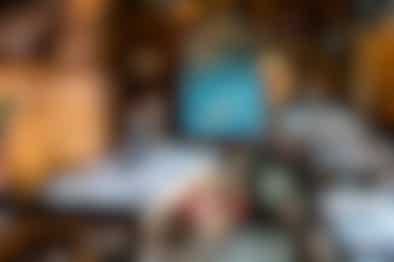 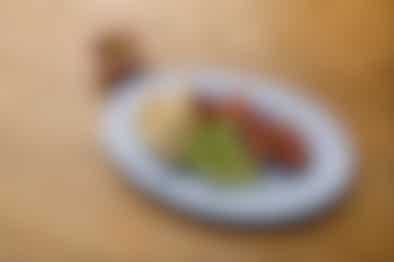 The new London restaurant openings to look out for this year, plus some alternatives for the meantime.
Restaurant Finder