In a press conference on Friday, January 29th, Governor Cuomo announced that NYC restaurants can resume indoor service at a limited 25% capacity. The change goes into effect on Valentine’s Day (February 14th), and comes as the governor says the state’s “post-holiday surge” reduces. “The experts say the trend for New York should continue to drop.”

Any area that reaches 85% hospital capacity will be subject to renewed restrictions, with the government continuing to monitor the data every day.

There’s been a lot of bureaucratic foreplay leading up to today’s announcement. Cuomo’s decision marks the end of a week of growing pressure from state and city restaurant organizations, who called on the governor to reopen indoor dining and extend the outdoor dining curfew from 10pm to midnight. Not to mention, officials in places like Chicago and Philadelphia have recently announced that indoor service can resume in their respective cities.

On Wednesday, January 27th, the governor promised he would “have a plan for the New York City restaurants by the end of the week.” He also announced loosened restrictions on all of the state’s orange and yellow zone micro-clusters except for Washington Heights, Queens (Kew Gardens/Forest Hills), the Bronx, and Newburgh.

After NYC’s indoor dining service shut down in December, many restaurants have adapted to outdoor dining in a literal polar vortex by installing outdoor heat lamps. Others have announced temporary closures until indoor service resumes.

Some restaurant owners whose businesses are currently hibernating, like Moshe Schulman from Ruffian and Kindred in the East Village, worry that operating at a 25% capacity isn’t worth reopening. “We’d only be able to seat 6-8 people at a time. If it’s safe to do more than 25% then I’d encourage Cuomo to allow that for those restaurants that have no outdoor space to use and/or couldn’t hibernate until warmer weather.”

For the team at Jing Fong, a Chinatown standby who recently invested in a heated patio setup, outdoor dining remains the priority. “We will not be rushing to reopen, especially now that we have a heated outdoor patio. We are going to evaluate and observe the situation before deciding on reopening, which is what we did the first time around with reopening at 25% capacity, at both locations in Chinatown and on the UWS. We have to make sure everything is done correctly and properly, there is no room for mistakes.”

Felipe Donnelly of Fort Greene’s Colonia Verde is optimistic about indoor service, but waiting to see how his staff will react. “We do everything to keep everyone as healthy as possible, but confidence levels need to be high with the staff. My initial answer would be yes let’s, upon making sure that staff is 100% comfortable.”

We’ll continue to update you on how the city’s restaurants adjust to the indoor new reopening plan. 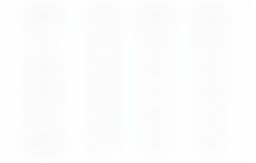 The 11 Most Exciting Dinner Spots In NYC Right Now
A night out at one of these places - whether it’s for a catch-up with a friend or an impressive date night - feels overwhelmingly of the moment.

Lucali Is Opening A Slice Shop In Carroll Gardens
Baby Luc’s will soon open at 387 Court Street in Brooklyn.

Some NYC Restaurants Are Requiring Proof Of Vaccination For Indoor Reservations
Places like Llama San, Diner, and Goldie’s will now ask diners for vaccine confirmation or a negative Covid test upon entry.

The Most Pleasant Outdoor Bars In NYC Right Now
NYC bars with back gardens and sidewalk cafes where you can cross your legs, lean back, and enjoy fresh air and slightly fewer inhibitions.