Banh Mi From Tran An / Photo By Ruben Cabrera
May 13, 2021
It’s Time To Stop Saying There’s No Good Asian Food In Miami
From classic spots to exciting new restaurants, Miami’s Asian options have never been better.

We hear it way too much - “Miami is not known for Asian food” or “It’s hard to find good Asian restaurants in Miami.” This often gets chalked up to the relatively small Asian population in Miami-Dade (less than two percent of the county’s 2.7 million residents are of Asian descent). And then there’s the perception that Miami can sometimes be more focused on style than substance.

But Asian and Asian-American chefs and restaurateurs have been showcasing their respective countries’ cuisines in the North Miami and North Miami Beach neighborhoods since the 1980s, with several longtime beloved spots still going strong. And there are plenty of newcomers more than happy to blow up the Miami Asian food myth. “To say there are no good Asian restaurants in Miami is blatantly incorrect,” declares Jon Nguyen of the Vietnamese spot Tran An.

To say there are no good Asian restaurants in Miami is blatantly incorrect.

It’s easy to agree with him if you drive down NE 163rd Street - North Miami Beach’s main east-west corridor from the beach to I-95, which effectively turns to NE 167th Street just east of there. This three-mile strip is home to some of the city’s most revered Asian restaurants, like Sang’s Chinese. Known for its dim sum, the restaurant was founded by Purwan Cheung in 1988. The Cantonese chef came to Miami from New York, and he decided to open on 163rd Street “for feng shui purposes, and also because a lot of Chinese lived in the neighborhood,” according to Junying Hsueh, a former server who joined in 2009 and rose to become a partner at the recently renovated restaurant.

A few years ago, Cheung felt he was getting too old to stay in the restaurant business. He’d already worked at Sang’s for over 30 years by then. Word got around that he might sell the restaurant, and his regulars protested. “Our restaurant has been with our neighbors for more than 30 years,” Hsueh says. “It is like a neighborhood kitchen. We have many customers for more than 20 years, and they always say, ‘Wow, I ate here when I was a kid.’” 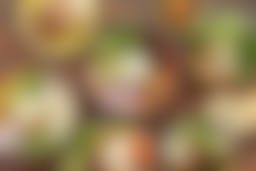 The Spread At Tran An / Photo By Ruben Cabrera

Not too far away from Sang’s, you’ll find Yakko-san, which opened in 2001 by chef Hiro Shigetomi and his wife May. It was among the first Japanese restaurants to focus on cooked Japanese food instead of sushi - which was revolutionary in Miami at the time. Hiro, who moved to Miami in 1983, opened their first location by West Dixie Highway and 163rd Street. It quickly became a favorite of locals, who would wait up to two hours to get a table, and of chefs, who came after service for late-night meals and unwinding.

“Sushi was very popular in Miami, but everyone thought Japanese food was [just] raw food,” says May Shigetomi, who handles the front of house. “We focused on izakaya to show customers that [Japanese food] is not only sushi, but also ramen, yakisoba, yakiniku, tempura, chicken katsu, robata - and in one place, you can get it all.” Their large and loyal following prompted them to move from what Shigetomi calls their “hole-in-the-wall 75-seater” to a larger location on 163rd Street.

Also on 163rd, Panya Amporn, a former teacher originally from Saraburi, Thailand, opened Panya Thai in 2002. It’s one of the few Thai restaurants in the city that only serves Thai food, rather than including sushi too. “[I] wanted the customer to experience [the purity of] Thai food—Thai only, with no confusion, nothing added,” the soft-spoken restaurateur explains through a translator.

Amporn put up organic gardens at both the restaurant and his home to ensure all the ingredients are fresh. He admits that not adding other Asian dishes to his menu may equal less profit, but he’s happier this way. “[It’s] not just a business to cut costs. Maybe the profit is [less], but the food is from the heart.” 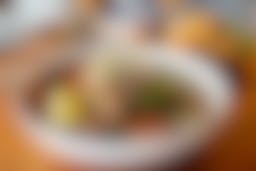 These days, Miami is not lacking in Chinese, Japanese, and Thai restaurants. And beyond the 163rd Street corridor, there’s a wave of newer AAPI-owned Asian restaurants adding to the city’s diversity and popping up in Wynwood, Little River, and Coconut Grove among other neighborhoods. They’re serving a mix of traditional and updated Asian cuisine without pandering to Miami’s alleged culinary blind spots.

Sakhone “Saki” Sayarath fled Laos with her family when she was four months old in 1984 for a refugee camp in Thailand before moving to the US in 1991. She moved to Miami in 2007, and started Lil’ Laos in 2016. It was a pop-up at first, but finally found a permanent home at The Citadel food hall in Little River last October. She now serves her family’s original Laotian recipes, like tod het (mushroom fritters), ping gai (lemongrass chicken), and khao poon gai (shredded chicken noodle soup). “I miss my mom’s home cooking and the stories my parents used to tell me about Laos and life in the village,” she says. “The only thing I wanted to do was preserve that history and continue to tell that story.”

With Lil’ Laos being the first Laotian restaurant in Miami, Saki has had to work on introducing the cuisine to customers. “I first ask if they know where [Laos] is? And if they have [had] anything like Thai food? It’s very similar in flavors, but I love to describe it as five different flavors packed into one dish - salty, sour, sweet, spicy, and herbaceous - that is meant to be shared.” 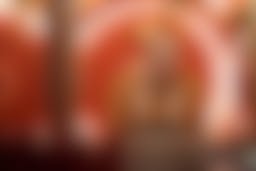 Just a couple of blocks down from Lil’ Laos is Jon Nguyen’s Tran An, named after his grandfather who encouraged him to open a banh mi shop. He serves an assortment of banh mi and pho, drawing from family recipes in Hanoi. While Nguyen created the dishes, they’re inspired by his mom’s cooking. Being one of the few Vietnamese restaurants in the city, he notes that “a lot of people here in Miami have no idea what Vietnamese food is and think it’s a derivative of Thai food. So educating our guests is something that we have to deal with every single day. If we’re able to showcase the quality of our food, then we’ve won.”

It’s a similar story for Korean-American sisters Jennifer and Michele Kaminski, who started 2 Korean Girls in Coconut Grove as a delivery-and-takeout-only concept. “We considered that perhaps the reason there isn’t much Korean food in Miami is because it doesn’t work here. Opening as a ghost kitchen would allow us to prove the concept and test the market.” The two sisters serve versions of Korean staples that include a fried chicken bowl and “Impos-Seoul-Ible” — featuring Impossible meatless bulgogi — both topped with their signature heart-shaped egg. Since they launched last November, Jennifer says things have “evolved faster than expected.” In fact, 2 Korean Girls is already looking to open a second location in the summer. “Based on the feedback and what we’re hearing from fans on social and from reviews, this is a demand that folks in Miami have been patiently waiting to have filled and they are ready for more.” 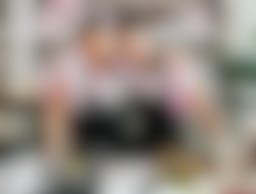 Among the newest players is James Beard-nominated author and restaurateur Nicole Ponseca, who opened her popular New York Filipino concept Jeepney at 1-800-Lucky in Wynwood. It’s the neighborhood’s only Filipino option. “Having the responsibility of bringing a new product to market is heavy lifting, but being a first mover has advantages, too,” she says. Noting how Filipinos are often referred to as the “Latinos of Asia,” she adds, “I love introducing our food to Miami because I get to story-tell. We have pancit guisado and lechon. These are familiar words here, so it’s fun to explain Filipino history and culture. We’re primos.”

And even before Miami’s latest wave of new Asian restaurants, there were established places proving Miami’s Asian food scene is alive and well. The excellent Ghee earned chef Niven Patel a James Beard nomination for his progressive take on Indian cuisine, and Lung Yai Thai Tapas quickly became one of the most popular restaurants on the historically Cuban Calle Ocho shortly after it opened in 2015. 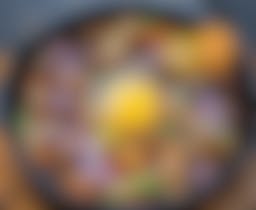 “Miami is making moves,” Jennifer Kaminski of 2 Korean Girls says. “I am so delighted and proud to see other Asian culinary entrepreneurs opening up concepts and sharing their cultures.”

Sayarath of Lil’ Laos agrees. “I wanted to be part of a movement that will change the community and educate those who want to learn about my country,” she says. And that seems to be the spirit motivating Asian dining in Miami right now: plenty of great options already, with more on the way.

Where To Go When You’re In The Mood For A Martini
The Miami bars and restaurants for when you don’t just want a drink—you want a martini.