Tasty Planet
March 18, 2021
Who Makes The Best Bagel? Miami Bakers Don’t Really Care
“A baker who dedicates their life to learning and baking good bread can do that almost anywhere in the world if they have ingredients available.”

What makes a bagel the best? Some might say the water. Others the lightness, or the crust. But more often than not, it comes down to a sense of hometown pride. That seems to be what’s driving much of the recent bagel debate between New York and California. New York claims to have the water and the history, and California is allegedly the home of bagel innovation.

But, for El Bagel’s Matteson Koche and Zak Stern of Wynwood’s Zak the Baker, two of Miami’s best bagel makers, the question of who makes the best bagel feels irrelevant. They’re perfectly fine with turning out excellent product in Miami, without the weight of nostalgia. And that adaptability and openness might just be the recipe for what makes their bagels so damn good. 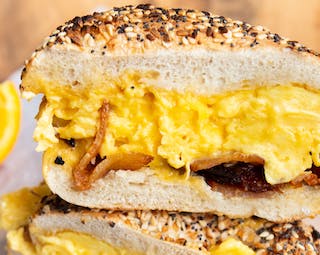 The Best Bagels In Miami

“What makes one bagel good and one bagel bad?” Stern says. “It’s so subjective.” He’s more interested in craftsmanship than hyperbole. “I’m grounded in the idea that a baker who dedicates their life to learning and baking good bread can do that almost anywhere in the world if they have ingredients available.” 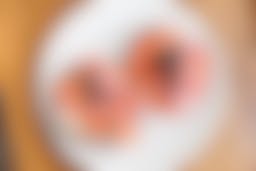 Zak The Baker's bagel with nova / Photo by Emily Schindler

New York was certainly not on Koche’s mind when he started El Bagel. “It was super important to me to create something for the local community that tasted as good or better than it did somewhere else,” Koche says. He took inspiration from the new wave of bagel shops out west but, from the get-go, his aim was to come up with something altogether different, a product of Miami. “We don’t call them New York bagels, we don’t call them Montreal bagels. This is our bagel,” he says. And so, Koche is happily leading a renaissance of bagelerías—not to be confused with bagel delis—down here in the sun, away from the drama.

Koche was an urban planner by trade. He worked for the City of Miami and various architecture firms while becoming inspired by this new wave of bagels around the country—and beyond. On a trip to Argentina between jobs, he met Jacob, a baker selling bagels on the sidewalks of Buenos Aires. “I had known before I went down there that I wanted to do something in the Ashkenazi food sphere,” he says. He ended up chatting with Jacob on the street for two hours. When he returned to Miami, Koche started baking a few dozen bagels every day for four months out of his house in Little Haiti, tweaking the recipe until one of his buddies said, “This tastes like a bagel,” which he considered a great achievement. El Bagel opened first as a truck, before establishing a brick-and-mortar shop in MiMo in 2019. There’s been a line out the door since, and they tend to sell out almost every day they’re open.

On whether a great bagel - a great anything - can be made outside New York, Koche argues, “If things are done correctly and the intent is there, then you can make them wherever you like.” For him, a fifth-generation Miamian, that’s right at home.

Koche resists comparing Miami to other cities. It’s so much younger and smaller and more transient, he says. It’s built on the edge of the Everglades, at the tip of a brutally humid tropic peninsula. And he tries to keep this in mind when building El Bagel’s menu. Last summer, they launched a veg-heavy sandwich called the Lido. “It had cucumbers and slaw on it, and that is just something that you can crush when it’s 95 degrees out,” he says. Then there’s the King Guava, topped with guava marmalade, papitas, and a fried egg, which is an undeniably Miami combination. 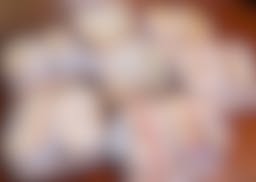 The spread at El Bagel / Photo by Tasty Planet

Similarly, Zak the Baker, opened in 2012, also owes its entire ethos to the city of Miami. And Stern intended it that way from the start. “We are absorbing the demand and desire of our local community, which is a melting pot of Jewish and Latin and Caribbean, while we carry on the traditions of the kosher tribe,” he says. “We grew out of the soil of Miami and we were nourished by the community. We are a Miami bakery. This is what an artisan kosher bakery in Miami looks like.”

El Bagel’s name pays homage to the Spanish-language bodegas and storefronts scattered across the city. It’s a culture that Koche wants to not only keep alive, but elevate. Ironically enough, both bakers are doing just that by sticking with tradition. “Most bagels are pretty damn simple,” Stern says. “It’s a dry yeasted dough that’s boiled and baked.”

There are not many places to differentiate from the process: You can add honey, malt, or sugar to the boiling water. You can opt for a short fermentation or a long fermentation. You can use commercial yeast, and you can bake it on a stone or in a rack oven. Many modern bakeries now quick-steam bagels in the oven, but Stern stands by the original boiling method. He uses sourdough, adds honey to his boiling water, and bakes on a stone. Koche also boils his product, after it goes through a long fermentation process, using sourdough starter and malt—and no preservatives or conditioners. The result is a denser, smaller bagel with a shorter shelf life than New Yorkers might be used to. 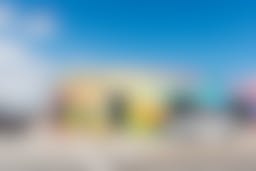 Zak The Baker in Wynwood / Photo by Emily Schindler

When asked whether there’s truth to the idea that local water is the secret sauce to a New York bagel, both Koche and Stern chalk it up to good marketing. “I think that’s more folklore and mythology,” Stern says. “But a lot of eating is folklore and mythology. I don’t think there’s anything wrong with that.” Still, he’s not planning to outsource his water anytime soon. “I don’t want to be importing someone else’s culture. I want to make our own culture—and so we’re using water from the Biscayne Aquifer.”

As hordes of New Yorkers descend on South Florida during the pandemic (and winter, more generally), both Koche and Stern are hearing the classic, Oh, this is the best bagel outside New York. But it doesn’t faze them. Both bakers are laser-focused on their unfussy product and how it serves their community. And the long lines outside both bakeries are a testament to the fact that it’s working.

“Miami has been importing culture from established great cities all over the world and all over the country,” Stern says. “And I think it’s time that we start to focus on creating our own culture. That’s really what I’m committed to doing at the bakery, letting our culture shine through the bakery and reflect outwards.”

12 Free Miami Art Week Events That Might Be Worth The Traffic
Because if you’re going to suffer Basel traffic, it better be worth it.

The Best Art Basel Fairs, And Where To Eat Around Them
These are the fairs to prioritize during Miami Art Week - plus some places to eat within walking distance.

Miami’s Best New Restaurants Of 2021
Tons of new restaurants opened in Miami this year, but these were our favorite.