Emily Schindler
December 8, 2020
The Last Thing Miami Needs Is Another “Tulum-Inspired” Restaurant
There’s a new wave of restaurants in town that want to transport you to anywhere but Miami.

I have never been to Tulum. I’m sure it’s beautiful, even if it has been ravaged by an unsustainable stream of vacationing techno hippies and venture capitalists seeking to do MDMA for the first time. Still, the beaches look nice.

But I live in Miami, which is about 600 miles away from Tulum. Yet, the two places seem to be getting closer to each other each day - at least in spirit. I say this because, for the last year, I’ve gotten too many press releases hyping up new “Tulum-inspired” restaurant openings across Miami.

There are a handful of such emails sitting in my inbox right now, like one for Mayami Mexicantina, a Wynwood restaurant that apparently has an “upbeat party-atmosphere with Tulum vibes.” I was told Bakan, another Wynwood restaurant, is “sure to transport guests straight to Tulum” - though those guests could also just walk a half-mile north to the bar and restaurant called Proyecto Tulum. I remember hearing similar things when Gitano, a literal Tulum restaurant, opened in Miami Beach. There’s also the “Tulum-Inspired” 1 Beach Club. And just a few days ago, I received another release about Midtown’s new MAÜ Miami, “a unique place where two vibes and oasis [sic] unite, entering Mykonos and Tulum.”

Miami is a city that likes to destroy itself.

What these places have in common (besides an unwavering love for the word “vibe”) is that they seem to want to transport guests anywhere but Miami. Back in June, I was even pitched a “WWII-inspired Asian restaurant,” which remains the most obnoxious and offensive concept I’ve ever come across, and that’s saying something considering Salt Bae has a restaurant in Brickell.

Miami often feels like a rebellious teen going through that itchy phase of trying on different personalities. And these kinds of restaurants - the ones that try so hard to transport you elsewhere - enable that kind of behavior, like that friend in ninth-grade who said you’d never regret getting frosted tips. If their influence gets too strong, it might dilute Miami’s personality to the point where it’s unrecognizable.

I think a lot about what makes a restaurant feel “Miami,” and I’m not sure I have a clear answer. There is no single cuisine or aesthetic that defines us. The Miami restaurant, like the city itself, is all over the place, and I’ve always had a hard time putting it into words.

In 1973, Supreme Court Justice Potter Stewart had to define pornography during a case on obscenity. He struggled and danced around the subject, clearly a man who didn’t want to say the word “genitals” while wearing such a fancy robe. So he just said, “I know it when I see it.” I feel similarly about the concept of a Miami restaurant.

I knew it when I took my first steps into Ariete - a restaurant that is, all at once, the past, present, and future of Miami Cuban food. I knew it two sips into my Thai-style michelada at Balloo, an intimate spot that relied on the chef’s diverse family tree as the blueprint for its incredible menu - a blend of West Indian, Chinese, Thai, and Colombian flavors. I knew it during every bite at Rosie’s, an exciting new place that not only makes the best brunch dishes I’ve ever had, but also embraces and understands the history of Overtown, the historically black neighborhood it calls home. And I knew it at just about every Kush Hospitality restaurant, but especially in the bathrooms.

I know it when I see it. But I also know what it’s not. And it’s not Tulum - not yet, thankfully. 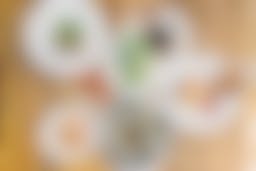 The spread at Ariete

I’m not suggesting that every restaurant in Miami needs pink plastic flamingos, banana leaf wallpaper, and an art deco interior - or that new restaurants can’t source inspiration from places and cultures that aren’t Miami. Not at all. But if we’re only looking for inspiration in Tulum, we’re in trouble.

“Miami is a city that likes to destroy itself,” Miami food historian Mandy Baca wrote in her book The Sizzling History of Miami Cuisine. The statement was aimed at Miami in general, but more specifically at our food scene, where “the concept of the latest trend supersedes the authentic or historic.”

This year Miami’s restaurant community, like so many others around the world, has been and will continue to be destroyed - at least in bits and pieces. Most of this destruction came from forces not entirely within our control. But even in the midst of the pandemic, Miami has shown its old tendency to destroy itself.

Ball & Chain, one of the most historic bars in the city, continues to fight for its life against the undeniably corrupt Joe Carollo, a city commissioner with a very public grudge against Ball & Chain co-owner Bill Fuller. The bar’s future remains uncertain. Another Miami bar staple, Bougainvillea’s, nearly shut down after a dispute with its landlord Ruby Bacardi (which, by the way, is just a top-notch evil landlord name). Thankfully a healthy dose of public outrage seems to have, at least for now, saved Bougainvillea’s. That very same passionate public also recently saved Rio Cristal, a quintessential Miami restaurant, from closing for good.

These were small victories - and we should celebrate them. But the more common endings we’ve seen lately have not been as happy. Balloo had to close its Downtown restaurant in October. Ghee Design District, Obra, Cake Thai, David’s Cafe, and so many more have closed too. They won’t be the last, sadly. 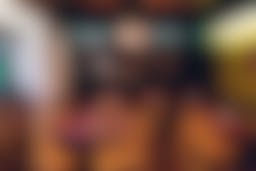 But Miami will bounce back, and the city will rebuild. The investors and developers - the same ones who seem so determined to turn Miami into Little Tulum - will return. Will they succeed? And will there be room for the restaurants that mean something to this city when they’ve finally gobbled up every inch of real estate they can find?

I really hope they don’t. Because if I wanted to go to Tulum, I’d buy a f*cking plane ticket.

12 Free Miami Art Week Events That Might Be Worth The Traffic
Because if you’re going to suffer Basel traffic, it better be worth it.

The Best Art Basel Fairs, And Where To Eat Around Them
These are the fairs to prioritize during Miami Art Week - plus some places to eat within walking distance.

5 Great Thanksgiving Takeout Specials In Miami
Thanksgiving is stressful enough. Let someone else do the cooking.