The Third Street Promenade is a terrifying place - here are some restaurants that will make your experience slightly less scary.

Santa Monica is a lovely city. There are sandy beaches, tree-lined streets, and a subconscious understanding that you’re never too far from Reese Witherspoon. But beneath the well-manicured lawns and freshly painted bike lanes, there is a chaotic monster beating at its heart - The Third Street Promenade.

The three-block-long pedestrian mall in downtown Santa Monica is home to chain restaurants and clothing stores that exist everywhere else in America, and for that reason alone, tourists going f*cking crazy for it. Come any day of the week, and you’ll find crowds of out-of-towners snapping selfies with fro-yo, and clapping along to street performers like it’s the penny circus. To put it lightly, it’s a nightmare - but one that every person in LA has to deal with at some point. So whether you’re appeasing extended family on vacation or fixing your MacBook, here are 14 restaurants that’ll make it all (slightly) less excruciating. 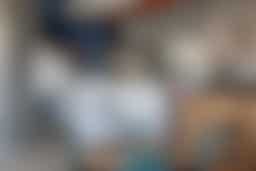 An affordable dinner on The Promenade usually means closing your eyes inside a food court and hoping for something room temperature. Luckily, that’s changed with the opening of Colapasta. This neighborhood spot on Fifth St. serves tremendous pasta at prices that feel almost free considering the area (everything is $14 or under). Our favorites are the lasagna, bigoli aglio, and ravioli in brown butter, but at these kinds of prices, just keep going back until you’ve tried them all. 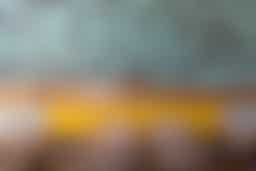 There are so many manic tourists on The Promenade that, after a while, you begin to wonder if it’s all one giant simulation and you were activated to stop the madness. Update: You weren’t, but go reclaim your identity at Tumbi anyway. The modern Indian restaurant is only one block off The Promenade, but feels a world away from the shrill chaos. The bright, colorful space is almost entirely filled with people who live in the area and the food is both reasonably priced and delicious. We like the pani puri, patiala chicken, and toothfish masala. 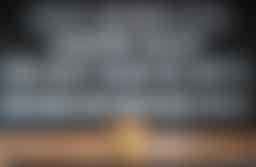 You just watched a preschooler vomit sherbet ice cream into a water installation, and suddenly, you’re feeling nostalgic. Time to head to HiHo for a classic American cheeseburger. This order-at-the-counter spot serves an objectively straightforward burger (bun, lettuce, onion, pickles, meat, and cheese) but it hardly tastes ordinary. With quality toppings and patties made from mustard-grilled wagyu beef, this is a perfectly-balanced burger and one of our favorites in all of Los Angeles. 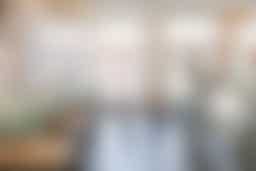 Your direction-averse cousin insisted on waking up early to see the sunrise over the ocean, only to realize that’s not possible here. Now, it’s 7:45am and you’re slumped over outside a Philz Coffee wondering why you have such a hard time saying “no” to people. Go heal yourself at Huckleberry. This cafe/bakery on Wilshire is one of the most popular breakfast spots in Santa Monica, but if you get there early, you’ll be able to walk right in. Get the fried egg sandwich and all the pastries you can fit into one bag. 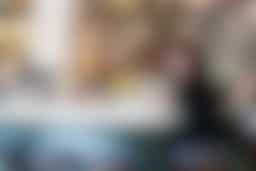 It’s been a good 40 minutes since you’ve seen your two teenage sons, and at this point, you don’t care. Go wait out their eventual phone call with a glass of wine and some charcutiere at Esters. The casual wine and cheese bar on 7th St. is perhaps best known as the place you hang out until your table’s ready at Cassia next door, but you should be coming here regardless. Their wine list is one of the strongest in the neighborhood, the bar snacks are way better than they need to be, and there’s a front patio ideal for scolding 14-year-old boys who just had their first Juul experience. 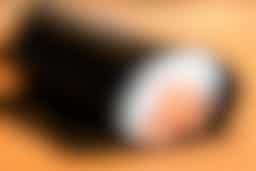 Unless you’re in the mood for yogurt smoothies and pre-frozen acai bowls, lunch can be a trying time on The Promenade. But a work interview brought you down here today, so it’s time to make the most of it. Go check the line at KazuNori. This hand roll-only spot from the Sugarfish people can certainly get swamped during peak rush, but if you’re able to sneak in before or after the crowds die down, you’ll be treated to a relatively calm atmosphere and the best rolls for the price in Santa Monica. 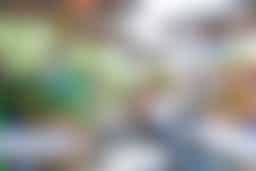 You’re almost positive a street magician just killed a bird during his act and now you’ve got a hankering for some chicken. The only move is Cha Cha Chicken. The classic order-at-the-window Caribbean jerk spot is one of our favorite casual meals in Santa Monica, and home to a patio that’s always on the verge of becoming a full-out party. One of the most lenient BYOB policies in town probably has something to do with that. 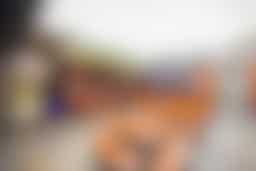 If California ever designates a historic district for mediocre sports bars, downtown Santa Monica will be where it happens. That said, there are a few of them worth going to, such as Big Dean’s. The classic bar right on the Santa Monica boardwalk is one of those places that, on paper, couldn’t possibly be a good time, but somehow always ends up being exactly what you want. The crowd is mostly local, there are two patios perfect for sprawling out and getting some sun, and their burger is our favorite on the beach. 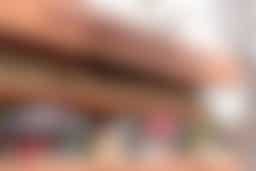 Even if you just moved to Santa Monica to pursue your dream of posting highly curated beach photos on social media, Bay Cities is a place you’ve at least heard of. And rightfully so. This Italian deli and grocery has been around since 1925, and is home to one of the most famous sandwiches on the West Coast - The Godmother. This salami, capicola, ham, mortadella, and prosciutto-topped behemoth is a cold-cut masterpiece, and one of the only upsides to being anywhere near The Promenade. Tip: Lines are always bad here, so just call-in your order ahead of time and cut right to the front.

One might assume a neighborhood built on the beach would have fresh fish on every corner, but downtown Santa Monica will prove you wrong. Fortunately for your Promenade seafood cravings, there’s Santa Monica Seafood. Located about a 15-minute walk inland (you need a break from the crowds anyway), this historic market is one of the better places to pick up fish on the Westside, but the power move is to head over to the restaurant side, pull up a chair at the bar, and go to town on some oysters, housemade sandwiches, and any daily catch that looks good. 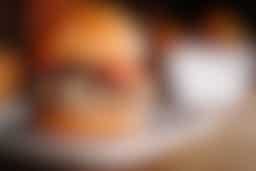 After listening to some guy struggle through a completely earnest acoustic version of “Mr. Roboto,” you’ve realized you need some alone time. Make moves over to Stout. The Hollywood original has become a local mini-chain in the last few years, but they still serve a quality, reasonably priced burger (particularly during their 4-6pm Happy Hour when everything is half-off) in a low-key space. The brie and fig jam-topped Six Weeker is our usual order, but you can’t go wrong with any burger here. 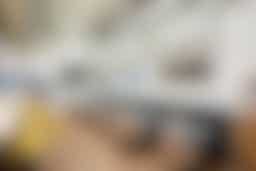 You just mouthed-off to a child wearing an Elsa dress and you’re not even out of the parking ramp yet. Stop what you’re doing and go right to Wexler’s. This Jewish deli has only been around a few years, but already serves some of our favorite pastrami in town. The MacArthur Park (an ode to Langer’s famous #19) comes topped with coleslaw, Swiss cheese, and Russian dressing, and is the exact kind of comfort you need right now. That and the chocolate babka you’re definitely getting on your way out. 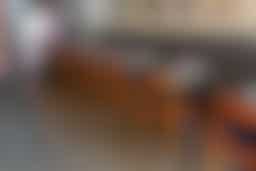 Thanks to being stuck on the 4th/5th Street off-ramp for 45 minutes, you completely missed the start of your movie at Arclight. Text your friends you’ll meet them afterwards and go find a seat at the bar at Tar & Roses. This American/California/Whatever spot has been open since 2012, but is still one of the most consistently great dinner spots in the neighborhood. The menu covers a lot of ground, but whether it’s oxtail dumplings, mushrooms with soft eggs, or a strawberry ricotta crostata dessert, this is food that will easily fill the void of missing Fast And The Furious 27: We Drive Minivans Now. 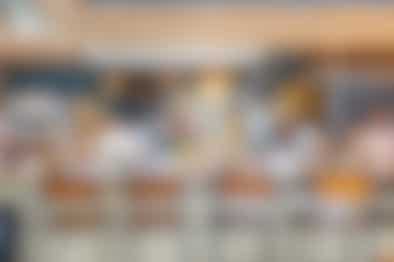 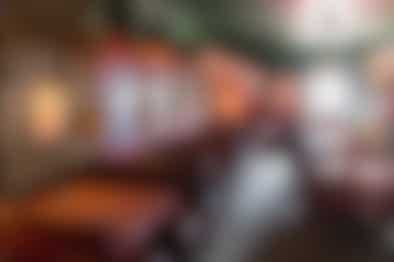 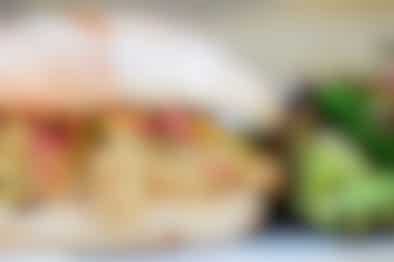 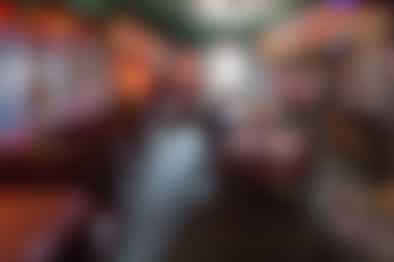 The 20 best places for cheap drinks in Santa Monica.