17 places to get some quality raw fish.

After watching Jiro Dreams of Sushi for the fifth time, a documentary with endless vignettes of fish on top of perfect little mounds of pristine rice, we felt inspired. Three pots of overcooked Rice-A-Roni and five cans of tuna later, we decided that we didn’t have the skill or the pantry ingredients to make great sushi. We tried to call the experts, but sadly discovered that most of our favorite sushi spots are temporarily closed. Fear not - if you’re like us and need some nigiri and maki in your life, you can still order takeout or delivery from one of these 17 places. 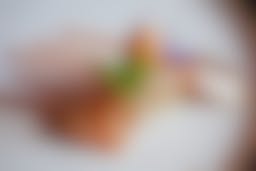 When we think about food from Laughing Monk, pad thai and massaman curry come to mind. But then we remember the cloistered namesake monk who works tirelessly behind the small sushi counter, serving omakase meals nightly, and we fondly remember the truffle-topped nigiri. Sadly, that omakase option isn’t available for takeout or delivery, but you can still get some quality fish from here. The lunch time menu - with a chirashi bowl for $13.25 and 10-piece sashimi set for $18.95 - includes some particularly good deals. All orders can be placed here.

Sweet Rice, with locations in both JP and Charlestown, has an extensive menu with Thai and Japanese options. There’s a seemingly infinite number of rolls to choose from, including one that pays homage to our favorite underwater character, SpongeBob. Sushi party boats for four people are available as well. And if you’ve ever wished that miso soup was spicy, well, here’s your chance to switch it out for tom yum. Place an order on their website or on Uber Eats. 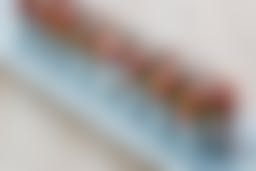 Le’s Sushi in East Cambridge has some pretty interesting maki - we haven’t come across another spot with kiwi, sweet potato, or pineapple in their rolls yet. They also have classic nigiri and don options available in case you’re not feeling super adventurous. Give them a call at (617) 945-2305 or visit their website to get your order started.

The endings of Interstellar and Lost are somewhat disorienting, just like the menu at One Ramen in Cambridge. There’s ramen, sure, but there’s also sashimi, scallion pancakes, and chashu rice. It’s all decent, and definitely better than trying to decipher what it means to live in the 7th dimension of the space-time continuum. Itadaki is a Back Bay gastropub that has interesting things like panko-fried oysters and sushi pizza, but they also have a small selection of rolls and sashimi to choose from. To-go sake is also now available, thanks to the new state laws regarding alcohol. Check their website for ways to get takeout and delivery. 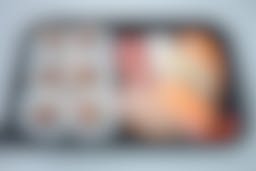 Allston’s go-to sushi spot is still open for takeout and delivery. We’ve already made the bold claim that pantless pasta is the best pasta, so if you want to take it one step further and engage in samurai-era, clothing-optional body platters, well, just be sure to shut the blinds. Takeout and delivery orders can be placed online. 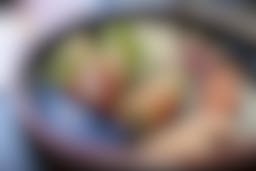 U Sushi at Coolidge Corner is a solid sushi spot, with a wide range of affordable options, especially if you order for lunch. Their sashimi lunch box, for instance, with tuna, salmon, and red snapper, comes in at $11.45 (we’re not sure who made the decision to charge the extra 45 cents). If you’re having a big night in, there’s always the 94-piece sushi and maki tray as well. Check out their website for more info.

Ebisuya, a Japanese grocery store in Medford, is still open during its regular hours. That’s great news because you can get their sushi and bento boxes to-go for lunch and dinner, but also because you can pick up Japanese snacks and drinks at the same time. We’re partial to mochi, matcha Swiss rolls, Pocky sticks, and dorayaki, but you can make your own decisions.

Jin’s in Brookline is a good neighborhood spot - the sushi is a little on the pricier side, but you’ll also have choices like uni, king crab, lobster, and wagyu beef to top your rice. There’s a wide variety of Chinese dishes to pick from as well, like the claypot tofu and eggplant with curry sauce. If you’re feeling down about the current lack of sports, there’s Patriots, Celtics, Sox, and Bruins-themed maki at Medford’s Yoki. You can then binge on the glory days on YouTube (i.e. the pre-Kyrie years) while you consume an ungodly amount of rice, tobiko, and avocados. Order now on Uber Eats.

Lesley University’s Porter campus is home to some pretty great food, the most well-known being the Yume udon and ramen spots. We love the grilled meats and okonomiyaki at Ittoku, but they also have a decent selection of sushi to choose from. You can call (617) 608-3630 for pickup orders, or get delivery here. Don’t forget to grab some sake and beer as well. 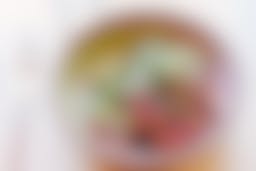 Tora is one of the few Chinatown spots that’s still open, and it’s the place to go if you’re looking for rice bowls. They have everything from the classic unagi don to the more unusual tofu and crab don, as well as some maki, nigiri, and sashimi. They also have poke bowls with less fish and more vegetables, which is particularly helpful when the only green things in your diet recently have been M&Ms. Delivery is available through a variety of platforms.

There’s a maki for every mood, it seems, at JP Seafood Cafe. Whether it’s a “Double Dare” (with green chili and extra spicy sauce) or “JP Blues” (with three types of fish and mayo) kind-of night, this spot near the Harvard Arboretum has your back. Oh, and if you just want New England-style fried seafood, you can get that here too. Go to their website to place an order. 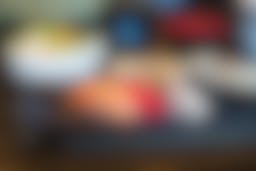 Southie has a lack of places to get sushi, unless you count the Stop & Shop across the street from Moko (which we don’t, for the record). Thankfully, Moko is a great neighborhood sushi spot, with good fish and a large selection of rolls. This place also serves Korean classics like bi bim bap and mandu-guk if you want to mix things up. Orders for delivery can be placed here.

Ebi in Union Square is open again for takeout and delivery, and we’re pretty excited about it. Our preferred way to experience Ebi is the 10 piece nigiri tasting at the sushi counter, but since that’s not available at the moment the 20 piece sushi combo at home is a worthy substitute. Delivery orders can be placed here. 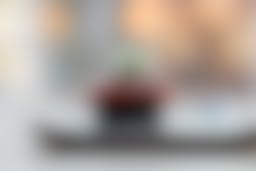 Cafe Sushi is a great sushi spot - in fact, it’s one of our favorites. It’s back with a nightly special take-out menu, Wed-Sat from 4-7:30pm. One thing to note - prices right now are a little higher than they used to be. But for those times that we really want excellent raw fish, it’s still our go-to. 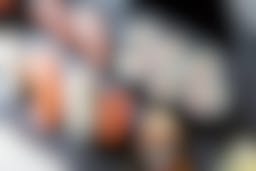 Oppa is a little pricier than some other places on this guide (their chirashi is $27.50, for instance), but the quality of their fish is worth the occasional splurge. This is especially true when it comes to sashimi and nigiri - the rolls are fine, but they’re not why we come here under normal circumstances. There’s also a selection of Korean dishes on the menu - place an order for delivery through Uber Eats. 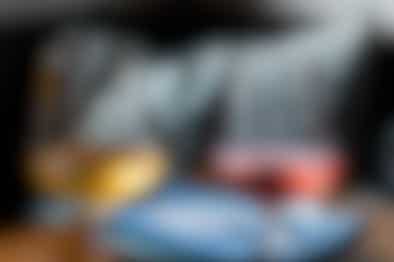 All the wine shops and breweries that will help keep you well-stocked. 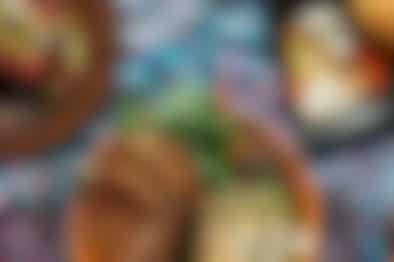 Where to order from, and what to watch: We pick some of our favorite spots, and pair a movie with them.