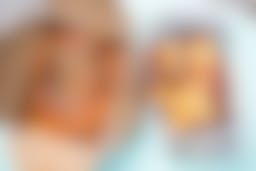 French fries are undeniably one of the greatest ways to eat a potato. Sure, we love a good chip (or crisp, for you folks across the pond), but the heartiness of the fry lends itself to so many applications. Dipped in ketchup or aioli? Great. How about covered in meat, sauce, and cheese? Loaded fries are one of the best ways to turn everyone’s favorite snack into a full-fledged meal. Fortunately, the loaded fries in Austin come with all sorts of toppings - including brisket and queso, kimchi and bulgogi, or even pastrami and swiss cheese. Which means you can eat a different loaded fry every day this week and never feel like you ate the same meal twice. 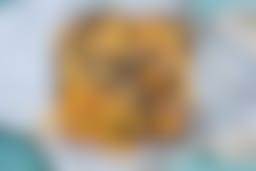 At R&B’s, you can get a delicious cheesesteak made with Texas ribeye on a fresh Amoroso roll with grilled onions and cheese whiz. Or, you can get all of that over a giant bed of crinkle-cut fries. Because sometimes you just want to get your hands a little messy. Either that or you want to share, to which we say: just order more. It’s worth it. You can also add on mushrooms, bell peppers, and jalapenos if you want to balance out your meal a little bit. At that point it’s basically a salad, right? 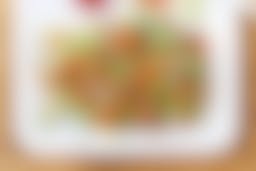 The loaded fries at South Austin’s Cuba512 come topped with your choice of meat - from Cuban classics like lechon asado or ropa vieja, to the equally-tasty picadillo and sauteed veggies. The fries here are really well-seasoned and crispy. We like to go with the lechon asado here - the tangy, garlic-rich marinade coating the pork balances really well with all of the mozzarella and guacamole that cover the whole thing. Add on a little bit of salsa and it becomes the perfect plate. 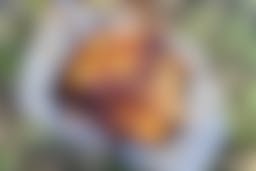 Ray’s BBQ is a small food trailer located in a dusty lot in Pflugerville, but their barbecue - and more specifically, their loaded fries - make it a spot you’ll want to visit again and again. It starts with a bed of thick, wedge-cut fries, covered with your choice of meat (the brisket is great), nacho cheese, and barbecue sauce. The brisket was incredibly tender, and the sauce was just bright enough to provide some nice contrast to the richness of the meat and cheese. 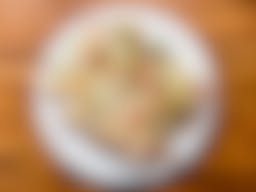 It is an indisputable fact that Bummer Burrito serves the best burritos on Rainey Street. You know it, we know it, and the grackles that eat the leftover burritos also know it. But what if you wanted a burrito, but without the burrito? Is that like a “cheese with nothin’”? Not exactly. But what you can do is get the contents of a burrito - bummer sauce, pickled onion, lettuce, and Oaxaca/Jack cheese - gently plopped on top of some very crispy french fries. They gave it the imaginative name of “Loaded Fries,” and you can add meat like carne asada, carnitas, bacon, or vegan beyond chorizo if that’s your thing. We liked it with bacon. Conveniently the trailer is parked right next to their tiny bar Little Brother, so you can also get a good cocktail for takeout and delivery. 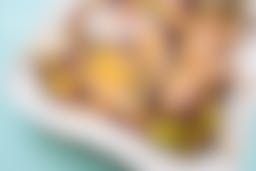 You may have heard about Golden Tiger for their excellent fried chicken sandwiches - made with Asian-inspired flavors like gochujang mayo and sweet chili sauce - which we fully support as the centerpiece of your meal. But if you want to provide that sandwich with a little company, their Tiger Fries are packed full of unique flavors. House-made chili, barbecue sauce, cheese, pickled serrano, dill pickles, red onions, and a fried egg might sound like an unusual combination - and it is - but we found ourselves enjoying every bite. 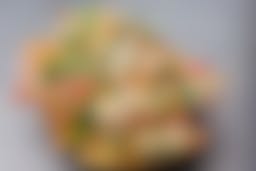 Chi’Lantro has been consistently putting out their Korean-Mexican fusion food for over 10 years now, and what really sets themselves apart are their kimchi fries. They come covered in two types of cheese, caramelized kimchi, onions, cilantro, sesame seeds, sriracha, “magic sauce,” and a choice of Korean barbecue-inspired protein (we like it with ribeye). And if all of that sounds like something you’d rather shove your face into than your hands, you can even get the whole thing wrapped inside of a burrito. 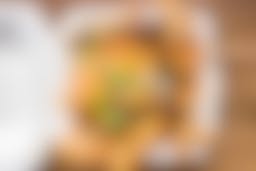 The fast-casual 101 by Tea Haus is liberally inspired by a variety of Asian cuisine - the menu has Taiwanese basil fried chicken, Japanese curries, Chinese braised pork belly, and kimchi fried rice. But we’re also here for the bulgogi tots - with marinated and grilled ribeye, kimchi, cheese and scallions, all over tots or fries. It’s not a huge serving, so pair it with their very good fried chicken sandwich. 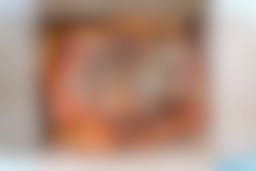 The folks at Seoulju are best known for their excellent Korean fried chicken, but they also do some fun twists on Korean staples, like putting a giant scoop of sauteed beef bulgogi on a bed of waffle fries. There’s also kimchi, spicy mayo, sweet mustard, and ketchup on there, so it still feels somewhat in the french fry realm, despite the fun additions. If you want, you can even get them over sweet potato fries. 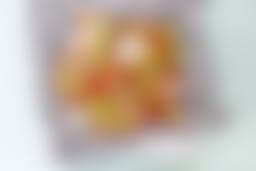 Super Burrito specializes in California burritos - a regional style popular in San Diego, that generally consists of a jumbo flour tortilla filled with carne asada, guac, cheese, and french fries. Of course, in this case, we’re taking the french fries out of the burrito and using them as a base for the Carne Asada Fries. They come covered in melted cheese and tender meat, with a generous serving of sour cream, guacamole, and salsa. If you’ve ever been in the oddly-specific dilemma of deciding between french fries and a burrito for lunch, these might be for you. 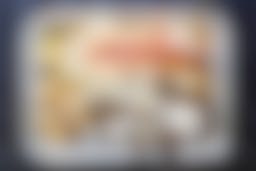 A lot of people probably know Halal Bros as late-night, post-bar food, with heaping bowls of rice, shawarma, kebab, and falafel sold out of their downtown truck where it all started. They’ve since expanded, now with four locations across Austin. And while the loaded fries might be something you could have asked for from the beginning, their expanded menu and online ordering have made it easier than ever to put together a plate of loaded fries. It starts with a bowl of fries, seasoned with salt, pepper, ketchup, white sauce, and hot sauce, and an optional meat add-on. We usually like to skip the ketchup and add gyro and chicken shawarma, but there’s no shortage of possibilities. And when you pick it up you’ll feel like you’re walking out of the restaurant with a brick in a bag - it’s so densely packed full of fries and meat that it usually lasts us a couple of meals. 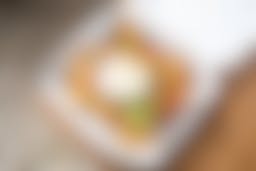 Most of the menu at Wayside is waffle-based, which is maybe an odd statement, until you see their menu of sandwiches that opts for waffles over buns. Of course, their fries are no exception. The pulled pork loaded fries are served on a bed of waffle fries, then covered in pulled pork, grilled onions, avocado, provolone, cheddar, and honey barbecue sauce. If you’re in the mood for something waffle-shaped, this might be your spot. 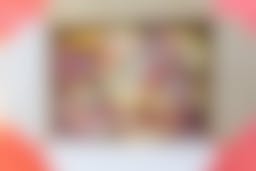 Do you ever find yourself eating a reuben sandwich, and find it just exhausting to constantly raise and lower the sandwich to your mouth? It’s all very time consuming and highly inefficient, and Otherside Deli has solved this predicament with the Outer Limit Fries. It’s basically a reuben sandwich without the bread - housemade pastrami, swiss cheese, sauerkraut, russian dressing, with the bonus appearance of chopped up pickles - all on top of crispy waffle fries. 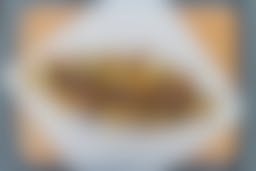 No list of loaded fries is complete without at least one mention of poutine. At least that’s what our Canadian friends tell us. And while Austin isn’t particularly poutine-rich, there are a few that we do enjoy, like the Montreal fries from Schoolhouse Pub. They come covered in braised beef, garlic, and melted cheese. They’re rich and packed full of savory flavor. The menu claims that they’re “for sharing” but nobody’s going to know if you don’t. 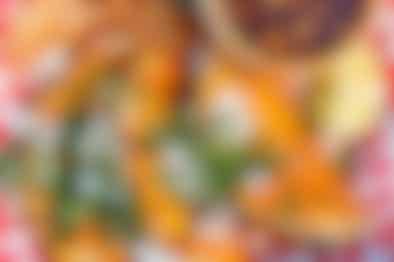 Birria tacos are popping up all around Austin. Here are some of our favorite spots to get some. 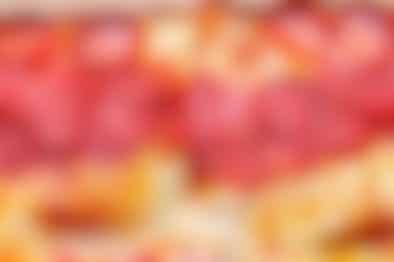 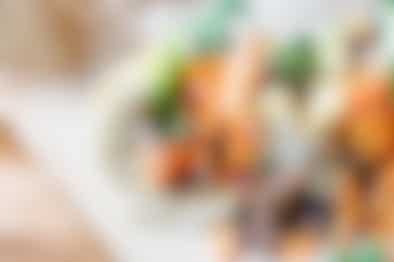 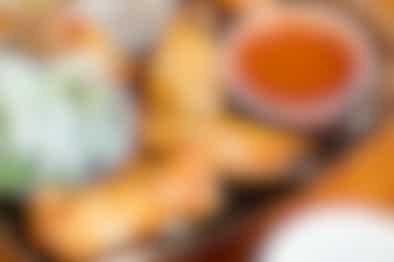 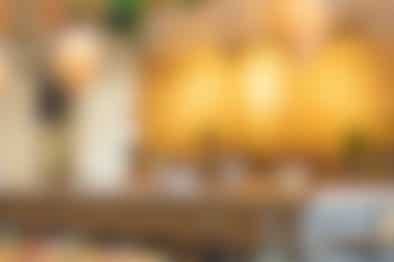 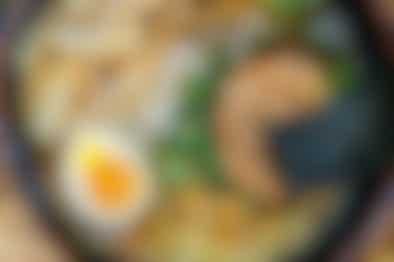 Noodles and broth can make your day, and sometimes change your life. 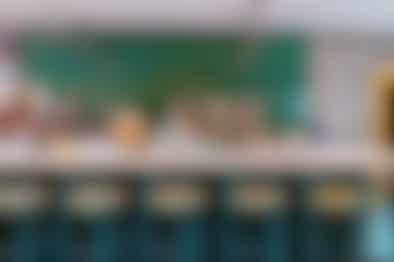 The Best Happy Hours In Austin

Our favorite Happy Hours that involve both food and drink in Austin. 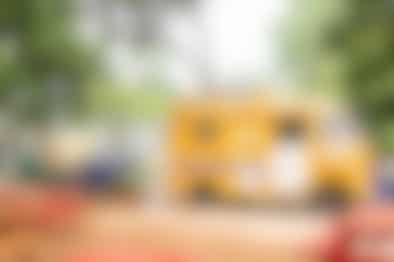 A Look At Arbor Food Park In East Austin