Emily Schindler
March 12, 2021
NYC Restaurant Workers Share Their Vaccine Struggles & Successes
We talked to NYC restaurant workers about how the vaccination process is going so far, and the barriers the industry’s community may face.

By May 1st, every American adult will be eligible to receive the COVID-19 vaccination - or so President Biden claimed in a speech to the nation on Thursday earlier this week. For New York City’s hospitality community though, the prospect of vaccination has been a reality since February 3rd, when the governor and mayor announced restaurant workers would be added to the state’s 1-B rollout plan.

But being eligible for a vaccine is entirely different than getting one. I heard from 25 NYC restaurant workers about how exactly the city’s vaccination process is going so far, and the barriers a restaurant worker may face when trying to get a shot. Their responses were collected in a survey between February 24th and March 10th, and most opted for anonymity.

When it comes to getting the vaccine, here’s what some of NYC’s restaurant workers have to say: 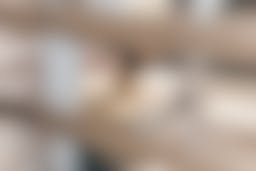 Restaurant and food service workers represent just one of the ten categories of New Yorkers eligible for the vaccine right now. So even though the city says 2.6 million doses have been administered to date, there’s serious competition to get a spot. Of the workers we surveyed, 3 out of every 5 said they had difficulty scheduling an appointment online.

While many referenced vaccine resources like the Twitter account Turbo Vax and a volunteer-run site called NYCVaccineList, some say they’ve been relying on their own industry networks to hear about open appointments.

One pastry chef shared, “I got my first shot after about a week and a half of trying and trying to get an appointment. A fellow restaurant bud texted me that there were appointments open, so I was able to pounce on availability before it was all taken, which was a couple of hours later.”

Another anonymous worker says a longtime customer of theirs made the appointment for them. A host told me their roommate did it. A restaurant owner said their wife spent weeks looking on their behalf. 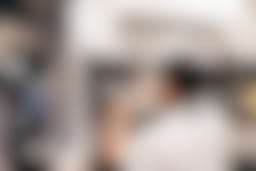 Survey respondents stressed that getting an appointment takes time refreshing the government vaccine portal page on a computer or a phone, as well as the ability to travel to other parts of the city with little to no notice. Those who acted fast snagged an appointment by refreshing the vaccine finder page soon after the government announced restaurant workers could receive the shot.

One survey respondent said, “I made my appointment the day after Cuomo announced restaurant workers were eligible. I decided to try my luck on the sites and found nothing, then I went on Advantage Healthcare site and almost didn’t sign up because it was too much work, but gave in and did so. I found so many appointments for that day, I quickly grabbed the time slot I needed even if it meant traveling elsewhere in Brooklyn.”

Unlike some of us who putz around on computers all day, many restaurant staff work long hours and can’t spend time staring at their phones. A hospitality event manager claimed that finding a vaccine appointment became “basically a full-time job of refreshing non-stop.”

Justin Lee, a co-owner of Fat Choy on the Lower East Side says that, so far, half of his staff have been vaccinated. “Our front-of-house staff has more time outside of the restaurant so they’ve gotten vaccinated. If someone’s cooking or elbow-deep in a dish, they can’t dry their hands fast enough to get those appointments.”

Despite preoccupied elbows, Lee has been telling his staff to jump on their phones as soon as any availability comes through. But that approach doesn’t seem to be standard practice. Another restaurant worker said, “I haven’t gotten the vaccine. Still trying to get an appointment. They book up so fast! I wish restaurants’ owners encouraged their workers to get it.” 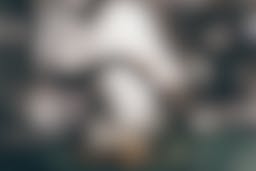 Once a restaurant worker is able to secure a vaccine appointment, some then face the hurdle of documentation. New Yorkers who are eligible for the vaccine based on employment are required to bring proof that they work or live in New York State, including an employee ID card, a letter of employment, a pay stub, or proof of work through an online app.

Of the New York restaurant workers I heard from who got a vaccine, some reported inconsistent practices when it came to checking documentation at the site - a topic not insignificant to an industry made up of many undocumented workers. Although the city maintains that “these documents will not be used as legal proof of your employment status, and they will not be collected or copied by people working at vaccination sites,” undocumented workers may still consider the need to bring proof of ID as a barrier to vaccination.

The majority of survey respondents who mentioned they brought proof of ID to their vaccination site said that no one checked their employment documentation before they were vaccinated. Regardless, one restaurant worker who got the vaccine advised, “I’d recommend restaurant workers bring proof of address in addition to your ID & employment.”

A vaccine site volunteer who took the survey to offer tips to restaurant workers looking for appointments had similar advice. “We asked for proof of employment but I saw that it was difficult for restaurant workers who were furloughed or who got wages through apps. Apps don’t always specifically show you work in NYC. My advice would be just bring something showing you’re employed in NYC. A W2 is ideal but other things work. For instance, a letter or email from your boss verifying you work at a restaurant in NYC. Even if you’re currently furloughed. We all want restaurant workers to get the shot, so just show up with something. We want to help.” 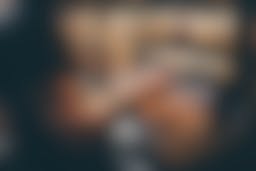 Since vaccination appointments are in such high demand, restaurant workers aren’t always able to schedule a shot on their day off. Some reported that physical side effects made working more difficult, especially since restaurant workers can’t call out and recreate their jobs on the couch.

One sous chef shared, “I got my first dose in the morning before I had to be at work. And I would say that by 8pm during the busiest part of service I started to feel side effects. The next morning, I was feeling sluggish and tired. My legs were sore and I was feeling really bad. I would recommend getting the vaccine for the first time the day before you are off for your weekend.”

Side effects aside, most restaurant workers I heard from said that the healthcare staff made the process smooth. “Getting vaccinated was a quick and easy experience. The vaccine worker said my restaurant was one of her favorite ones which was nice to bond over!”

Despite the time required to get an appointment, documentation inconsistencies, and after effects, getting the vaccine means a restaurant worker doesn’t have to choose between their job and personal protection (a decision made even more difficult considering restaurants primarily don’t provide health insurance to their employees).

As optimistic as I feel after hearing Biden’s declaration of a May 1st vaccine eligibility goal for everybody (which comes during the same week his administration passed a $1.9 trillion stimulus package, including $28.6 billion dedicated to restaurant relief), I’m more hopeful listening to restaurant workers when they say change is already underway.

The vaccination of NYC restaurant workers represents more than a job-well-done for the government. It’s a reality worth celebrating, both for the people who are receiving the shots and anyone who cares about NYC restaurants - without which we’d all probably move elsewhere.