Karli Evans
March 11, 2021
Miami Restaurant Workers Need Vaccines Now
They’re the ones keeping our economy going, and risking their lives in the process.

Florida’s economy has been getting a lot of attention lately. Back in September, Governor Ron DeSantis erased just about every COVID restriction with the stroke of a pen, and Florida has been, more or less, open for business ever since.

It sure feels that way in Miami, at least - especially with respect to our hospitality industry, which remains, even during the pandemic, the city’s biggest industry. The Miami Herald recently reported on the massive wave of new restaurants (11 openings in Wynwood alone) in Miami. And it’s true, Miami is busy - like Saturday-night-of-Art-Basel-busy. I’ve personally stopped going to neighborhoods like Wynwood, Brickell, and South Beach on the weekends, because walking among the huge crowds (largely unmasked and occasionally drunk) feels less like gently easing back into normal society and more like going from sitting in a hot tub to doing snow angels on a glacier. And I’ve officially lost count of the times I’ve witnessed a restaurant employee respectfully ask a patron to put on their mask, only to receive the look of an irritable teenager who just discovered My Chemical Romance.

But - even though Miami restaurants and bars continue to close - it’s hard to argue that our economy isn’t in better shape than those of so many US cities that are still dealing with shutdowns and a harsh winter. 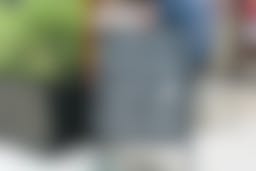 Some people are giving credit to DeSantis for Florida’s unexpected economic upturn. Others are praising City of Miami Mayor Francis Suarez, whose screen time is probably up 3,000,000% with all the effort he’s putting into siphoning tech and finance companies from San Francisco and New York. But when it comes down to it, they aren’t the ones keeping our economy going. In Miami, that is being accomplished by the thousands of hospitality workers, who, in order to survive in this increasingly expensive city, have to work every day in crowded restaurants, bars, and hotels that are filled to capacity with unmasked people who recently heard on Twitter that Miami is “the next big thing.” That’s why Florida hospitality workers should absolutely be included in the next wave of COVID vaccine eligibility.

Currently, restaurant workers do not meet Florida’s vaccine criteria. Other essential workers do - like K-12 school employees 50 and older (and all K-12 school employees regardless of age are eligible at federally-run vaccination sites), law enforcement, and firefighters - as well as people 65 and older (and, starting Monday, 60 and older). You can see the full list of who can currently get a vaccine here. But to say restaurant workers should be eligible for a vaccine is clearly not an unpopular opinion in Miami. On February 2, Miami-Dade County commissioners voted unanimously on a memorandum that asked DeSantis to include hotel and restaurant workers in the next round of vaccine eligibility.

DeSantis has yet to do that, but he can with another stroke of his pen, the very same way he eliminated COVID restrictions back in September, which led to the crowded dining rooms and bars I’ve seen all across Miami in the last few months. And with Spring Break about to bring even bigger crowds to the city, as well as the Miami-Dade midnight curfew on track to end soon, the risk for hospitality workers is only going to get worse.

The fact is, there are many vulnerable populations in Florida who still need to be vaccinated, including many eligible seniors (and especially Black seniors) who are still having difficulty with chaotic lines and confusing appointment systems. But when it comes time to decide who’s next in line, restaurant workers deserve a spot. They’re already doing it in New York and San Francisco. And if Florida politicians want to keep spiking the football about our wide-open economy, then they need to prioritize the people who actually keep it going - not just the rich transplants they’re serving.

The 11 Most Exciting Dinner Spots In Miami Right Now
A night out at one of these places - whether it’s for a catch-up with a friend or an impressive date night - feels overwhelmingly of the moment.

Our 25 Favorite Sandwiches In Miami
From a pan con bistec to a BLT and everything in between.

15 Miami Restaurants Where You Can (Probably) Get A Table Without A Reservation
Forgot to make that reservation? Try one of these great walk-in spots.

Where To Eat Omakase Sushi In Miami For Under $100
Because not every omakase requires a week’s salary.