July 1, 2020
NYC Reopening Report: Carbone’s First Night Of Outdoor Dining
For my first outdoor dinner of Phase 2, I had a $69 veal parm at Carbone. It was a surprisingly calm experience.

A few nights ago, I went halfsies on a $69 plate of veal parm at Carbone. I also had a glass of Barolo, and, as I drank it, I had a very hard time relating to myself. We’re in the middle of a global pandemic, systemic racism is still very much a thing, and there I was living the life Piedmontese in Greenwich Village. It was the latest I’d been out since March.

Carbone started outdoor dining on Friday, June 26th, and they opened reservations that morning. I’m currently a shell of my pre-quarantine self, so I’d gone to bed the previous night at 9pm and was up around 6am when I noticed a table was still available. Seeing as how I write about restaurants, not taking it seemed unconscionable. In this world, there are few certainties. Carbone’s exclusivity is one of them. Or at least it used to be.

The world is different now. I know this, because I drank a double whiskey soda on the way to Carbone. Streets are bars, and bars are the equivalent of adult lemonade stands. My drink came from Bar Goto on the Lower East Side, where I’d stopped to see a coworker for the first time in several months. She’d purchased new sandals, she said, and I took her word for it. The streets were surprisingly empty.

When I arrived at Carbone, my coworker Nikko was already seated at one of the 10 tables in the makeshift dining room in the street. A server in a mask brought us a bottle of hand sanitizer, and I took a few spritzes. 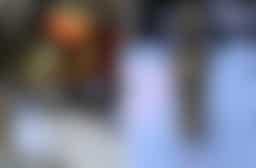 Nikko and I had both spent the past few months playing the role of paranoid recluse in this year’s particularly troubled production of Life In New York City, so we consulted one another and decided to “do it up.” We went with the baked clams, caesar salad, spicy rigatoni, tortellini bolognese, and veal parmesan. We also ordered gin martinis, dry, because that’s how you do it up.

The caesar came first, with butter-soaked croutons the size of Twinkies, and the baked clams arrived alongside. Some had cheese, others were topped with uni, and all were considerably better than the tuna and kimchi I’d grown accustomed to eating in my kitchen. There was also complimentary bread, which I had forgotten was a thing. It was a highlight.

Next, our server brought the tortellini and rigatoni (perfectly al dente, in a sauce worth millions), and another server stopped by with some complimentary Barolo. It’s against company policy to accept free things, but this server and I had worked together about a decade ago, and I’d also dated someone who lived above Carbone, so our paths had crossed hundreds of times. I thanked him for the Barolo.

By the time the veal parm arrived, I wasn’t that hungry. My last dinner out was more than 100 days ago, and I was out of practice. Still, I had a few bites, and, as promised, it was an immaculately breaded piece of meat. I can’t say it was worth the money, but it was delicious nonetheless, and I imagine the law of diminishing returns applies to any veal cutlet that tops $40. 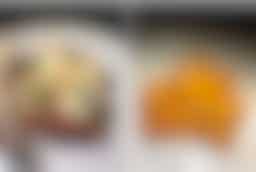 As we left, the street was still eerily quiet. This made me feel better about the ethics of dining out, but I still wondered how restaurant employees felt about serving people who weren’t required to wear masks while seated at their tables. A former restaurant worker myself, I recall getting disgruntled about much less consequential things. Working holidays, for example. This didn’t compare.

Overall, I’d call my first restaurant experience of Phase 2 a success. It wasn’t hectic, there was plenty of space between the tables, and, aside from the masks and hand sanitizer, service felt oddly normal. If you find a place with outdoor dining, you can make your own call as to whether you’d like to eat there. Just be sure to keep the employees in mind, and know that if you have the time and money for restaurants, you also have the time and money for racial justice. It’s tempting to live in a bubble right now, but I encourage you to reflect on why this country needs a constant reminder that Black lives matter.

Have thoughts or questions about outdoor dining in NYC right now? Let’s talk. Email me at bryan@theinfatuation.com.

NYC’s Indoor Dining Will Resume On Valentine’s Day
On Friday, January 29th, Governor Cuomo announced that the city’s restaurants can reopen indoor dining at a 25% capacity.

Where To Go Island Hopping In Brooklyn’s Little Caribbean
Shelley Worrell, founder of caribBEING and lifelong Flatbush resident, shares her favorite Black-owned businesses in the neighborhood.

A New Queer Pop-Up Series Comes To Brooklyn
Too many of NYC’s queer community spaces closed this year – Ursula is hoping to help create new ones.