We ate at a lot of places in 2019, including “in traffic” more times than we’d care to admit. And in the process, we discovered a lot of amazing new restaurants, of all shapes and sizes, in neighborhoods all across the city (and beyond). From a counter in an East Hollywood swap meet, to a tiny sake spot in the Hollywood Hills, to a seafood shack in a Malibu mall that felt like Jimmy Buffett’s green room, these places stood out from the pack - and made all those weird looks we got on the 405 worth it. That’s why they’re our favorite new restaurants of 2019.

All restaurants on The Infatuation are selected by our editorial team. Los Angeles’s Best New Restaurants Of 2019 is presented by Truly Hard Seltzer. 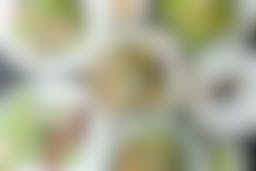 We set foot in a lot of new restaurants this year, but none stopped us in our tracks quite like Baroo Canteen. From their swap-meet location to their menu of delicious Korean bowls, this was the most unique spot to open in 2019. Building on the fermentation-focused dishes served at the original Baroo (which closed in 2018), the Canteen creates comfort food that meshes traditional and modern techniques - think Korean fried chicken with a shiso-jalapeno puree and a blistered kimchi salsa, or prawn toast with a yuzu/avocado dipping sauce - yet still feels homemade. The menu is as small as their counter space, but that only means you have an opportunity to try everything, especially because nothing is more expensive than $15. The only problem? A meal at 2019′s Best New Restaurant may very well ruin everything you’ll eat in 2020.

The first time we ate at this Santa Monica French restaurant, we ordered the $165 pressed duck, and were treated to one of the best dinner shows in town (the duck is butchered tableside, and its carcass is squeezed into an au jus using an antique press). On subsequent visits, we explored everything else on the menu, and realized there isn’t a weak dish to be found. Whether it’s an onion tart that tastes like French onion soup, marinated tuna inside a tomato, or a brioche with liver mousse piped through the middle, the food at Pajoli is indulgent, over-the-top, and everything you want to be eating when you’re in the mood to treat yourself. From the moment the duck confit with cherry preserves and crispy bread hits your table, to the time, hours later, when you leave with a perfectly baked chocolate soufflé in your stomach, a meal here is one gigantic thrill ride that you’ll never want to end.

We thought we knew what to expect when we walked into Broad Street Oyster’s permanent home in Malibu for the first time this summer. After all, we had been to their Smorgasburg stand, and their street set-up outside MUNI Wines in Santa Barbara, so we guessed their brick-and-mortar spot would have oysters, a lobster roll, and maybe even some uni if we were lucky. And we were lucky - they had all of those things, plus enough fresh seafood to make a mid-size aquarium jealous: Box crabs, river crabs, spot prawns, spiny lobsters, and much more, all prepared simply and perfectly. Yet despite their Malibu mailing address and expansive seafood selection, there’s not a hint of pretension here. You order at the counter, grab a beer from the fridge, take a seat beneath an unfurled Budweiser flag, and admire the thrift-store paintings of sea captains on the walls as you wonder if there’s any way you can afford a studio apartment in Malibu just to be closer to this place. 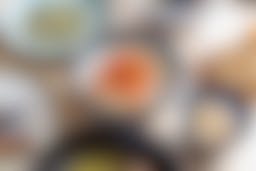 A meal doesn’t have to be perfect to be incredible. That’s what we learned at Kensho, the tiny, Bonsai tree-filled speck on the grounds of Yamashiro in the Hollywood Hills. The views of both Downtown and the Pacific are the main attraction, but the food does its best to steal the show. The menu changes frequently - and, to be honest, some of it could use a bit of tweaking - but you’ll always find caviar toast on there. Order it. This grilled sesame sourdough hunk is deceptively simple, topped with fresh Siberian caviar, crème fraîche, and everything seasoning, but we wouldn’t add anything else. It’s satisfying, savory, and one of the best new dishes in LA this year. Combine that with a staff that treats you like a VIP (and knows a whole lot about natural wines and tiny Japanese sake producers) and you have a personal, incredible experience that’s unlike any other in town. It may not be perfect, but what is? 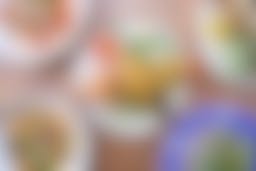 The original Dudley Market was a fine beachside spot in Venice that underwent a few facelifts before finally closing in 2017. So we weren’t exactly sure what to expect when they returned - in the same location - this summer. Surprise, surprise: The new Dudley Market is a seafood spot that sources their menu from whatever they caught on their fishing boat. So if they hauled in a 200-lb. tuna this morning, you can expect dinner to feature dishes like excellent tuna meatballs in red sauce, and a rare tuna steak with persimmons that melts with the brush of a fork. The dining room itself feels like the study inside a mansion, if the library shelves were actually full of natural wines, and the staff has an encyclopedic knowledge of those bottles if you’re looking for the perfect accompaniment to your bluefin tataki. This is exactly the kind of affordable, accessible restaurant any neighborhood - especially Venice - could use more of. Here’s hoping they stick around a while.

The thing that sticks out most to us about Birdie G’s is how much fun a meal is here. Located in inland Santa Monica, the industrial space - concrete floors, exposed air ducts - feels much closer to the Arts District than The Promenade, and the loud, festive atmosphere matches that sentiment. There’s an energy here that’s often missing from Santa Monica restaurants, and the high-end comfort food coming out of the kitchen is unlike anything you can get anywhere in LA. Birdie G’s menu is big - probably too big - but just know that whether you order a Sloppy Joe on Texas toast, noodle kugel, or a caviar platter that’s essentially a build-your-own latke station, everything here tastes tremendous, and touches on childhood nostalgia in ways we’ve never experienced in a new restaurant. Time to go experience it for yourself.

Anyone who’s spent time in East Hollywood knows that Thai Town is one of the most culinary rich neighborhoods in the city. And because of that fact, it’s often difficult for new spots to break through. Northern Thai Food Club not only breaks through, it rises above. As the name suggests, all the recipes at this tiny Thai spot on Sunset Blvd. come from the northern province of Chiang Rai, meaning you probably shouldn’t take someone here if they can’t handle bold, fragrant, and aggressively aromatic food that’ll stay on your lips for hours. There’s savory jackfruit salad, creamy khao soi we’d put against any in town, and sai oua (spicy sausage) that briefly puts us into a euphoric trance every time we eat it. Sure, a meal here probably means you’ll be pressed up against a window while trying to balance on a wobbly stool, but that’s just part of the fun at NTFC. That and knowing you’re experiencing one of the best Thai restaurants to open in LA in years. 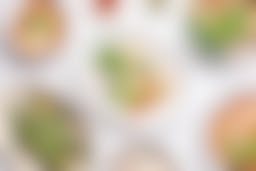 Compared to other spots on this list, Yang’s was a bit of a late arrival this year. And yet, it was clear from our very first meal that this order-at-the-counter Taiwanese restaurant was special. And in subsequent visits, that sentiment was only confirmed. Whether it’s a plate of cold sesame noodles, a giant beef scallion pancake, or pork strozzapreti pasta that would be a highlight on any Italian menu in town, the food at this casual Alhambra spot is fresh, boldly flavored, and different than anything else you can get in the SGV. When we tried the braised pork rice - a dish you can find at almost any Taiwanese restaurant in LA - it was like eating pork and rice for the very first time. Couple that with the fact that everything costs less than $14, and Yang’s isn’t some bucket-list spot. It’s a place you can (and should) be eating at every week.

Ceviche Project is all about the small details. We noticed it when we saw how precisely the orchids were arranged on the gleaming brass shelves behind the marble bar, and when the chef used a pair of tweezers to delicately place seven individual pomegranate seeds on our scallop and uni shooter. But this place isn’t just about small flourishes - the menu of ceviches is as elegant as it is bold, combining traditional touches (toasted corn canchas in the tai snapper ceviche) with very nontraditional ones (adding a tangy yuzu-habañero slush to the yellowfin ceviche) to create a meal that’s both familiar and totally new. Ceviche Project is proof that, while attention to detail is important, there’s a lot to be said for thinking outside the box, too. 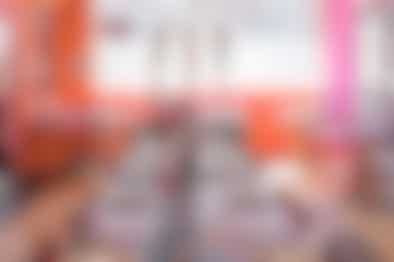 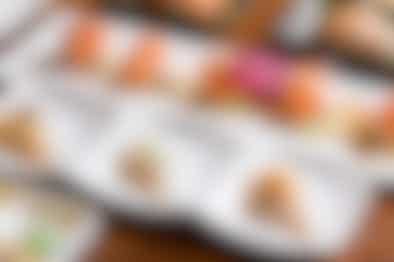 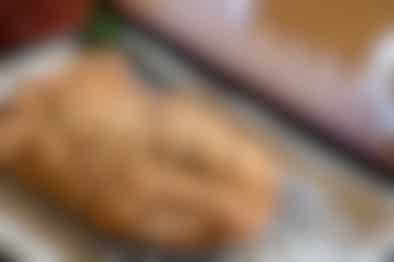 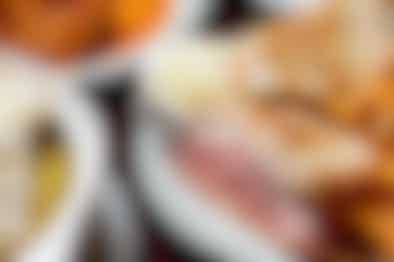 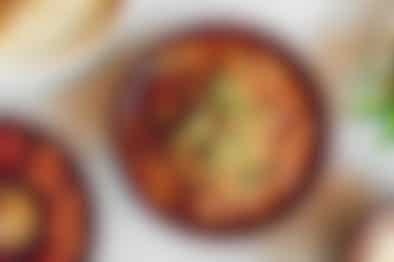 Japanese pastries, khao soi, Neapolitan pizza, and more... these are the best things we ate this week.
Restaurant Finder