Quiz time: What do you do when the government ceases dine-in service, bars and restaurants start closing at alarming rates, and you feel more helpless than Eliza Hamilton laying eyes on her future husband for the very first time?

As appealing as options #1 and #3 sound, if you’re anything like Jared Jue and Alice Han of Mama’s Drive-By Kitchen, you know the only real answer here is #2. Devastated by the overwhelming number of restaurant closures due to the pandemic, the two teamed up with fellow marketing experts and creatives Jonathon Chu, Andy Lam, and Geng Wang to put their love for LA immigrant food culture into action.

“All of a sudden, we saw this need - we were all stuck at home and people were afraid to go out, no one wanted to drive,” explains Alice Han, a former marketing executive and Mama’s Business Development lead. “We saw all of these restaurants really, really hurting, then closing, one by one. We kind of just wanted to help them.” 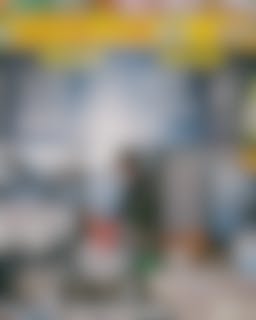 Since Mama runs entirely on volunteer work, 100% of the proceeds go directly to the restaurants (in addition to a small gas fee). Partners usually hold some sort of cultural significance in their community, like Hwang Hae Do, a Koreatown mainstay that’s been around for over 20 years, or Jun Won, a legendary family-run spot on Western Avenue that was forced to close permanently last summer.

According to Mama’s founder, Jared Jue, many of these older mom-and-pop restaurants have struggled to keep up with the fast-paced world of social media, delivery platforms, and relentless self-promotion over the past year.

“This was our way to really highlight the restaurants that we love, and support them in a way that would help boost not only their sales, but also their awareness across Los Angeles,” he explains. “Of course, we have to be excited about the food, but the restaurant itself really needs to have a role in the community in some way. Whether it’s from a heritage standpoint, to preserve the dishes we really love-”

“The criteria is: the food needs to be bomb!” jumps in Alice. 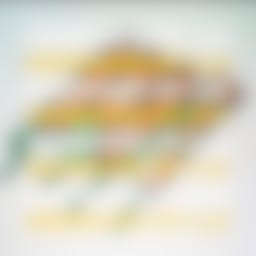 Which, it undoubtedly is. From Las Flautas’ crisp, golden taquitos in Boyle Heights’ to the incredible Cambodian street food being served at Gamboge, the dishes on the menu at Mama’s Drive-By Kitchen make clear that these people know what they’re doing. Their latest event, a mega-collaboration between iconic OC Vietnamese restaurant Brodard Chateau (known for their signature spring rolls that we’ve spent many an hour waxing poetic on) and Hwang Hae Do (a Korean BBQ restaurant that’s been around for over 20 years) sold over 300 meals in a two-day span.

But beyond the meals being served and money being made, what’s been most fulfilling to Jared and Alice is the joy they’ve brought to the owners of their favorite restaurants.

“The second event that we had was for Jun Won. And [the owner of] Jun Won is actually a good friend of mine.” explains Alice. “And they got robbed. The mom was really embarrassed about closing down, but, you know, that was the last straw that broke the bank. So they decided that they weren’t going to tell anyone about it. But then the next day, I just called and told them that we were going to do a Drive-By for them. Too many people love their food, and they’re going to be so sad that they didn’t have a chance to order it. So let us do a Drive-By for you.”

“The response and love from the community was overwhelming. And it made Jun Won ajumma so [emotional]. It’s not even about the money she was making, or whatever, it was a standing ovation of ‘Thank you for serving this community for this long, and thank you for all your hard work.’ It was so touching to see her go out like that, proud, instead of being embarrassed. That made us all really really happy. That’s what we’re trying to achieve. People forget that they’re appreciated. So we’re trying to show that.”

To keep up with Mama’s Kitchen - or to just see some really great food shots captured on film - head to their Instagram or website. And be on the lookout for the next collaboration.

The Best Donut Shops In Southern California, According To A Donut Dynasty
In running a second-generation donut operation, the proprietors of Class One Donuts know their craft and the region’s tastiest examples.