Giovanni Bolla has lived many lives. The Italian master chef has cooked on cruise ships, established a Beverly Hills catering empire, suffered the loss of his first wife and daughter, and was even homeless for a period of time. But now at the age of 72, he’s back on his feet, delivering homemade tiramisu to doorsteps across LA, and taking the city by storm. We got him to slow down long enough to discuss the secrets of his suddenly famous dessert, his love of Italian cooking, and his new lease on life.

Read our review of Giovanni’s Tiramisu.

AN INTERVIEW WITH LA'S TIRAMISU MAN

You grew up in the Piedmont region of northern Italy, an area famous for its wine and agriculture. How old were you when you first found the kitchen and started cooking?

“I have a saying, ‘You talk to two Englishmen long enough, they’ll start talking about Shakespeare. Talk to two Italians long enough, and we’ll start talking about food.’ We’ll talk about the guy who grew the tomato last year and how the taste was amazing - better than the year before that and better than the guy next door. Cooking is in our blood. It’s part of my culture, my family. I grew up in Asti, an area renowned for wine, white truffles, rice, and so on - even patisserie. There’s a famous story that when Bonaparte came to conquer Europe, he arrived in Marengo, a city not far from where I grew up, and after a few days, his army didn’t want to leave. Napoleon asked ‘Why?’ and they replied, ‘Because the food is too good.’”

So needless to say you always knew you’d spend your life cooking?

“Oh yes. When I was 14 or 15 years old, I got the bug to travel around the world. So, I worked on cruise ships at a very young age. North Africa, Australia, The Bahamas - I saw half the world. That was the ‘School Of Hard Knocks’ portion of my education. After that, I went to formal hotel school, which is where I learned food preparation, production, agriculture, and all that.” 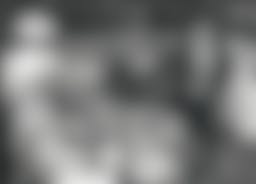 “Well, my first job in America was actually at a country club in Phoenix. I was still young, full of piss and vinegar, and the general manager at the time gave me carte blanche of the whole operation. It was the perfect opportunity for me to experiment. So a few years later when I was working at The Beverly Hills Hotel, I remember seeing a magazine cover that had named a chef ‘The Best Caterer In Los Angeles,’ and I was immediately inspired. I figured if he could do it, I could do it better. Again - lots of piss and vinegar. So, with a very small budget I found a kitchen and started cooking. The first year was nearly a disaster, but eventually, we became established.”

I imagine you met some characters along the way. Do you have a memorable celebrity that you cooked for?

“When I was working in Phoenix, Sandra Day O’Connor would come in every afternoon, order two dozen oysters, and leave. There were some eclectic members at that club.”

So, as for the tiramisu, when did that come into play? Was it part of your catering menu or was it something you only made at home?

“I think it might’ve been something I put on the menu a few times, but in my kitchen, I was not doing pastry. I used to make it for my daughters mostly, for their birthdays and special events. That said, the tiramisu I made then and the tiramisu I make now are two different things. I’ve added secret ingredients that I discovered over the years that have elevated it to what it is today.”

Can you tell me what those secret ingredients are?

Generally speaking, is there something you think is essential to making a perfect tiramisu?

“A few things. The way that you dip both ends of the ladyfinger, while also keeping the center slightly crunchy. That’s a very difficult thing to do. But it’s also the flavor that makes the tiramisu, and you can’t have an element overpowering the others. Tiramisu is about balance.” 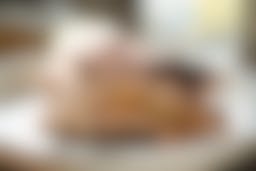 Let’s fast-forward to today. Tell me about the hardships of the last few years, and Isabelle, your other daughter, who helped you get back on your feet.

“Well, when my first wife and daughter both died [of breast cancer], things changed totally for me. Life sometimes takes a turn, and it took me many years to recuperate from that. Then my second marriage was a disaster - nothing like the first. But luckily, [that marriage] did give me my daughter, Isabelle. She is a wonderful, wonderful human being… and has grown up to be such a smart, caring, loving person. She has been fundamental to the success of my business - while also being a small business owner herself.”

Was it her idea for you to start selling the tiramisu?

“Isabelle first came to me and asked if I wanted to get into the tiramisu business, and honestly, I had no clue what to do. But I started small, 25-50 orders a month, mostly to friends. Then there was this idea for me to start delivering the tiramisu myself, because people wanted to meet me, and frankly, it was good for me to get out, too.”

It’s a pretty charmed idea considering how everything has played out this year.

“Yes, and I do miss hugging and kissing people, and chatting with my customers. That part has been difficult. Though selfishly, I don’t mind that the freeway is not so busy anymore.”

You’ve lived such an extraordinary, full life. What has this last year meant to you?

“Everything. It has allowed me to keep busy, keep moving. When you get older, you know, it becomes so much more challenging to do the things you once took for granted. But this job has allowed me to meet so many different kinds of people. It’s amazing, in a single day, I’ll make deliveries from Bel Air to East LA. I am bringing joy to people in tin boxes, but they are giving me joy right back. It’s created an oasis of happiness for me. It has saved my life.”

We Ranked Every Sugarfish Location In LA For Some Reason
My therapist was out this week and this happened.

The Best Shakshuka In LA
The next time you're craving something warm, spicy, and ideally bread-related as a first meal, use this guide.