Johnny Lee doesn’t love being known as the Prince of Poultry, but that’s kind of what happens when your resume includes stints at Eggslut and Side Chick, and your current gig - chef and owner of Pearl River Deli in Chinatown - involves making the best Hainan chicken in Los Angeles.

Yet despite the nickname we here at The Infatuation singlehandedly foisted upon him, Lee was still gracious enough to speak with us about his rise to fame, the challenges of churning out 1,000 chickens a month, and the inner-workings of basic quail economics. Oh, and he also answered so many (dumb) questions about birds that, if this whole “world-class chef” thing doesn’t pan out, he could definitely launch a career as an amateur ornithologist.

Here’s our chat with LA’s Chancellor of Chicken (sorry, Johnny).

AN INTERVIEW WITH THE PRINCE OF POULTRY 👑

Infatuation LA: We’ve referred to you as “The Prince of Poultry” in our Instagram stories and throughout the website. What do you think of that name?

Johnny Lee: “I mean, to be honest, the whole ‘Chicken Whisperer’ thing - I’ve never even really acknowledged it. I’ve always thought that it was very, like, egotistical to give yourself a title. So, whatever. I don’t mind. I subscribe to Kanye’s philosophy of ‘It’s OK if other people call you great, but if you say it yourself, you’re an a**hole.’”

We can’t help it. Like, when we had your duck the other day, we genuinely thought to ourselves “What this man does with poultry is not normal.”

“I think it’s just practice, really. I mean, back at Side Chick, we were cooking seven days a week and working long hours, and we always had to have the [Hainan chicken] dish ready. Some days we would cook, like, 30-40 chickens in a day. Breaking that down, that’s like 200 birds a week, so, like, 1,000 a month. And after two years, I was still doing that - I’m pretty sure I’ve hit 10,000 chickens by now.” 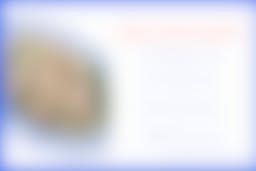 So... you’re saying that your deep, intimate knowledge of poultry is not the product of Tilda Swinton-esque magic?

“Growing up Chinese, chicken always had a very - how should I say it? - strong presence. Like, chicken is the protein of choice in Chinese cooking. My family comes from very humble farmer backgrounds in China, so if we wanted to eat meat, it’s probably going to be either fish or chicken, because those are the smallest animals you can kill, clean, and break down. A pig was a once-a-year kind of thing.”

Have you ever killed a chicken with your bare hands?

“No, but I’ve watched my mother process chickens since I was a kid. So I guess it’s kind of like... well, not normal, but watching my mother slit a chicken’s throat and drain the blood - that didn’t seem to freak me out as a kid. I was just like, ‘Oh, so that’s how you do it.’”

Are there any birds you haven’t had an opportunity to work with?

“I would like to do more small birds like squab and quail. I’ve eaten plenty over the years, but I haven’t actually had a lot of experience of doing them on my own. Mainly because they’re not always affordable. You can get frozen squab relatively easily, but quail is a bit more expensive, surprisingly. Not too many people are raising them for consumption, so it’s more of a specialty bird. It’s just because of the scale economy. They could be as cheap as chickens, if more people were raising them, but the economics are just different.” 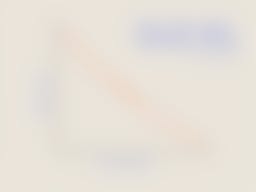 We are trained economists

So, hypothetically, if The Infatuation could procure an ostrich for you, free of charge, would you be interested in cooking it?

“I think so, but I’m not sure. It’s kind of hard to imagine the meat. I heard the meat’s kind of tough and pretty gamey. So I don’t know. I don’t know what would be the best way to cook it - I’m not sure if it would be something you’d braise, or just roast very gently for a long time. Though I’ve always been interested in getting an ostrich egg, just to, like, look at.”

So that’s the secret ingredient in the silky egg scramble...

“From what I understand, all bird eggs pretty much taste the same - so if you scrambled it up, I don’t think anyone would be able to tell. [laughs]” 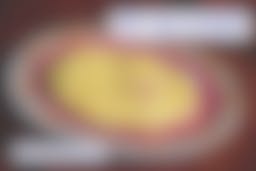 When you see a bird on the street or in the wild, do you get the sense that it recognizes you? Like, is there a look of fear or respect in its eyes when it realizes that you’re The Prince of Poultry?

“I definitely don’t think so [laughs]. But, I mean, when I see a bird in the wild, of course the thought crosses my mind like ’Hm. I wonder if I could cook it, or how would it taste?′ Well, maybe not the wild ones. I would never eat them, or try to cook them, out of fear of disease.”

Speaking of seeing birds, have you seen Alfred Hitchcock’s film, The Birds?

“No, but I am familiar with the scene in the movie with the person in the phone booth.”

Have you ever been on a Bird scooter?

“Probably duck. In Chinese culture, roasted duck is… I think it’s the best way to have duck in the world.”

Great answer. What is your favorite bird to cook?

“I think chicken, just because of how versatile it can be.”

“I’m going to have to go with duck again. The little ducklings are pretty cute.” 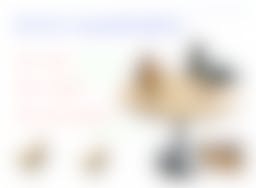 Graphic design is our passion

Finally, we’re going to list some alternative names that we’ve made for you, and you can rate them on a scale of one to ten. One being dumb and ten being super-cool. First, a classic - “The Prince of Poultry.”

“I’m not a fan of the CCP [Chinese Communist Party], so I’ll put that at a five. But I still kind of like it though.”

That’s fair. How do you feel about “Commander of Chicken?”

“I have no idea what a pedagogue is.”

Yeah, we had to look that one up.

You really liked that one, compared to the other two chicken ones. Why?

Yeah, not our most creative. Then last, we have “Helm of the Hen Hegemony.” A friend came up with that one, we can’t take credit. 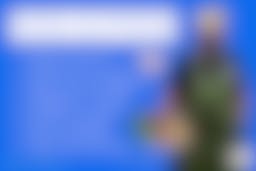 no one knows why we made this