June 4, 2021
Where Laura Kim Found The Dishware Worthy Of Her Highly Creative Cooking
A conversation on cooking, design, and ceramics with the Oscar de la Renta Co-Creative Director and Monse Co-Founder.

It’s not that we don’t trust our own recommendations. We do. But sometimes we fall down a rabbit hole staring at a stranger’s IG feed and feel a strong urge to know where they bought something. A limited-run, cobalt-blue casserole dish, for example. And that’s why this series exists. As Seen On IG is a place where we can sit down and discuss shopping and design with someone we’ve been relentlessly stalking on social media. It’s extremely important detective work, essentially, and our guest this week is Laura Kim, who you can find at @tokibunbun.

Laura has a long history at Oscar de la Renta, having worked there as Design Director for over a decade, before taking a hiatus to start her own label, Monse, with her creative partner Fernando Garcia. Nowadays, she and Garcia run Monse and also serve as Co-Creative Directors at Oscar de la Renta.

Laura also happens to be an incredibly talented cook, and if you don’t believe me, just look at this zucchini tart. Or these Jello eggs filled with edible flowers. Still not impressed? I very much don’t believe you, but I’m also not being paid to be Laura’s hype man (would accept that position), so allow her bacon potato roses to do my talking for me. We’ll be discussing the plate in this photo, so take note.

To get a sense of how Laura goes about cooking, shopping, and finding such nice dishware as the aforementioned plate, she and I had a quick Zoom chat. I was sitting in my kitchen, while Laura was seated in a tidy office which she claimed was “really messy at the moment.” Those probably weren’t her exact words, but I wasn’t recording the interview at that point, and the main takeaway here should be that Laura’s office was not actually messy. It was big. And clean. And filled with enough books to open a bookstore. Here’s our brief convo.

This interview has been edited for length and clarity.

I find your Instagram feed both inspiring and demoralizing because I don’t think I’ll ever have the skills or patience to cook like you. Where’d this passion come from?

I hate taking out food, and I also don’t like going out that much - even though I go out almost every night. So I learned how to cook for myself. And my mom’s an incredible cook. I was really picky when I was a kid, so she had to amuse me with food. She’d cut everything into the shape of an animal or make it pretty for me to eat. I didn’t appreciate it at the time, but now I think about it, and I look at how other kids eat their food, and I’m like, “Wow, my mom put in some effort.” I thought it was normal, honestly.

For one Easter, you made a bunny out of rice sleeping under an omelet blanket with heart-shaped sausages to the side. That’s just an observation. You’ve also made Korean crepes colored with beets, a poached pear almond cake for one, and probably the most attractive tarts I’ve ever seen. How often do you actually cook like this?

During the lockdown, almost like every day. My business partner, Fernando, lives nearby, so I’d just deliver [meals] to him - because we didn’t even see each other unless I was dropping food off in front of his door. Now, maybe once or twice a week.

I noticed on your Instagram profile - I fully stalked your Instagram, by the way - that you mostly started posting things you’ve cooked in the past year or so.

I cooked before, but I just didn’t feel comfortable posting that much food because I wanted to be a serious fashion designer. But fashion stopped last year, so I thought, “OK, I guess I’m going to post food.”

As Co-Creative Director at Oscar de la Renta and Co-Founder of Monse, do you ever think, “This is going to have to be a very chic tart if I post it”?

Whenever I cook, I show Fernando, my business partner, a picture. And he’s actually the one who says, “Oh, you shouldn’t post that. That’s not good for your image.” And I’m like, “But it was really delicious!” And he’s like, “It’s not worth it.” We both design clothes, but he’s in charge of image work, so I do ask him a lot about everything visual.

How does your current approach to fashion inform what and how you cook?

You know, I was talking to the chef Daniel Humm, and we realized how food and fashion are very similar. He needs to do four menus a year, because the vegetables are different each season, and it’s kind of the same for fashion. We have four seasons, and we need to follow the temperature changes. But also for high-end fashion and high-end food, we have to be very aware of what’s going on around the world. I’m not saying we’re going to change the world, but we should be adjusting to what’s needed and what needs to be done to move forward. So it’s very similar in a weird way.

You seem to be a fan of those plates you use in a lot of your photos. They’re white and have raised dots around the edges...

I love those. There’s a store called John Derian in the city, and the plates are by [Astier de Villatte]. It’s one of my favorite brands.

You have to go. It’s so cute. It’s one of my favorite shops.

Where else do you like to pick up home goods?

There’s a restaurant called La Mercerie, on Howard Street. They have a home section, and they actually have beautiful plates, and a lot of them are from Japan.

I’ve gotten really into ceramics lately. I feel like so many people have. Maybe it’s the pandemic, and I have too much time on my hands.

Have you taken a class?

No. Actually, I took pottery in middle school and got an F.

First off, who gives a middle schooler an F in anything? That’s mean. I think I was traumatized. But I really want to take a ceramics class.

Do you have any favorite ceramic makers right now?

You know, when I go to Japan, I literally go to the department store Isetan with a huge [piece of] luggage. They have the best stuff there.

How would you describe your home aesthetic?

My entire family is [made up of] architects, so I grew up not allowed to have opinions on how my home should look. They’d basically just attack me. This apartment I have in Tribeca is actually my first apartment on my own. It’s very simple. Not mid-century, but not modern or too old. There’s a store called BDDW, and a lot of my furniture is from there. And my sister did all the Tom Ford stores around the world, so she got me a bunch of furniture. It kind of looks Tom Ford-ish - a mix of dark gray and natural wood.

Does your family approve?

My dad never likes anything. So I don’t take his opinions personally.

Where To Find Laura's Plate 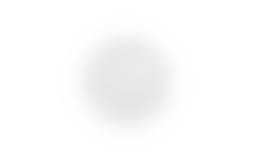 As mentioned above, these plates that Laura likes so much are from the French company Astier de Villatte. They’re handmade in Paris from black terracotta, and they’re exactly what you need for your next mini blueberry galette. As far as we can tell, the dinner plates are currently unavailable, but these side plates are a full 8.5" in diameter and should be able to handle any omelets and potato bacon roses you throw at them.

How To Complete The Look 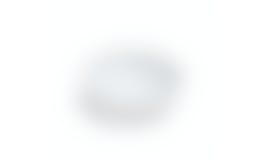 Same concept, but in bowl form. This Adelaide bowl from Astier de Villatte measures 6.3" across, and it’s the perfect vessel for your breakfast, a small side, or perhaps some hard candies you keep in your home in an attempt to show guests that you care about them. 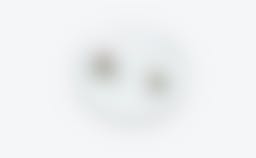 A collaboration between John Derian and Astier de Villate, this plate is likewise handmade in Paris, and it’s exactly the sort of thing you’d use to communicate the fact that you’re deeply passionate about dishware. Just keep it away from clumsy people. 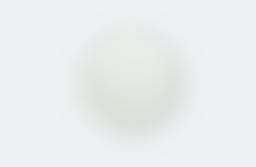 Clean, minimalist, and informed by owner Nobuhito Nishigawara’s Japanese heritage, these plates from SoCal-based W/R/F work with just about any design motif. They’re over 10" across, and you can (and should) use them daily. 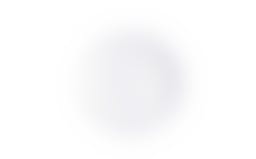 Well, would you look at that. Turns out the Portuguese company Costa Nova makes a plate that’s extremely similar to Laura’s. It’s even available on Amazon - and at a fraction of the price. If you’re in the market for a dupe, this is it. 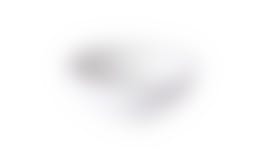 Yes, there are bowl dupes as well. Might as well pick up a set. 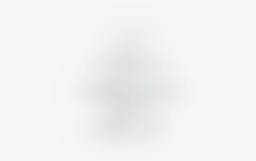 Finally, an aspirational centerpiece. Place this Astier de Villate cake stand on your dining room table (preferably beneath a chandelier) and cover it in pastries, fake fruit, real fruit, or anything else within arms reach.

Everything You Need For Memorial Day Weekend, According To The Infatuation Editors
It’s the first post-social distancing holiday, so make it a good one.

The Absolute Best Father’s Day Presents For Food and Drink Loving Dads
From a set of Opinel table knives to a homebrew kit so your dad can make his own IPAs, these are all guaranteed hits.

Cook Like A Restaurant: How To Make Mister Jiu’s Prawn Toast
The iconic dim sum dish is a perennial favorite at the San Francisco spot.

The Best Cocktail And Mixing Glasses To Buy On Amazon Right Now
Highballs, coupes, rocks glasses, and everything else you need for your home.