Krystal Thompson
August 31, 2020
Roma Market: A Pasadena Landmark With One Sandwich - But So Much More
There’s a lot more than one reason to love Pasadena’s Roma Italian Deli.

If there’s one reason you know about Roma Deli, it’s a sandwich. Or rather, The Sandwich - there’s only one made here. It sits, wrapped in pink wax paper, on the deli counter, in a stack that can go from 60 to zero over the course of a brief lunchtime rush. It costs just $5.50, and it’s among our favorites sandwiches in all of Los Angeles.

Each one is assembled in the back by Rosario Mazzeo, the 81-year-old owner who invented it in 1959. Its exact composition is a secret, but when you ask what’s in it, Rosario’s response is always the same: “Mortadella-capicola-salami-provolone,” he says in a single breath. “Take one, you’ll come back soon.” Those four ingredients are thinly-sliced, then served on a crusty fresh sub roll with a drizzle of olive oil. That’s it. According to Maria Gurrola, the cashier who’s worked here for 22 years, they sell about 500 each day, “sometimes more” on weekends (they’ll keep making them until they run out of bread). 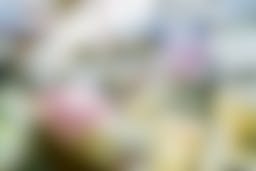 But this strip mall Italian market is about a lot more than that impeccable, $5.50 wonder. Roma is an all-in-one market serving a spectacular array of specialty goods, like cured meats and cheese, breads, antipasti, conservas, and frozen sauces and pastas.

The counter, which sells both antipasti and deli meats, can be intimidating - there are no labels or prices, and there’s usually a line of customers that winds all the way down the store, past the stool where Rosario perches when he’s not restocking shelves or making sandwiches. But get in that line - to ensure social distancing, Roma limits the number of people allowed in the store at the same time - and ask a lot of questions when you reach the front. You’ll see an astounding selection of imported salami, hard cheeses, and prosciutto di Parma, which they slice paper-thin, and layer in that ubiquitous pink wax paper. The salami and the antipasti trays are also incredible - the marinated artichokes are firm and tangy, and the crisp, salty prosciutto-stuffed cherry peppers are the best we’ve ever had. 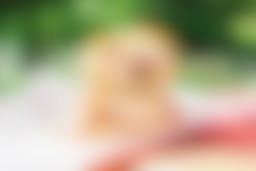 Roma also has a wide array of ingredients you can use to assemble your own Italian feasts - or, y’know, in your normal, non-feast-related cooking, too. Rosario has been importing the goods since 1950, when he came from Sicily to help his uncle with the market. They’ve got small-batch cold-pressed olive oils from Sicily, VSOP balsamic vinegar (the Ferrari of vinegars) from Modena, all kinds of freshly baked breads, and imported dried pastas. You can buy excellent frozen ravioli and tortellini (each made in-house), and their house sausage ragu to go with them. There’s even an entire wall of imported conservas - canned tuna, tinned sardines, and jars of anchovies - that we’ve made whole meals out of. 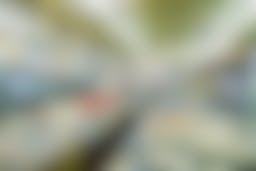 In other words, there’s a whole lot of everything here. Roma Market is the kind of place you can spend hours in, but if you’re just getting The Sandwich, we understand - and you wouldn’t be alone. We recently overheard customers who had driven from Orange County for this five-dollar, fifty-cent wonder. But we’d encourage you to stick around, and explore a bit. You might just discover something new. We know we have.

And if you need help, just ask Rosario. He’ll be there.