Kieran Wright
October 8, 2020
Model Citizen: Meet The Man Making Miniatures Of LA’s Iconic Restaurants
“I consider each miniature to be a love letter to Los Angeles,” Kieran Wright says of his tiny odes to LA’s landmarks.

We’re not sure who would create such a superlative, but if there were ever an award for “Most Productive Use Of Time In Quarantine,” none of us would even stand a chance - that title belongs to Kieran Wright.

After losing his job in airline marketing back in March, the 28-year-old New Zealand native was searching for new ways to fill his time. But instead of turning to things like baking, binge-watching, or, you know, general existential despair, Wright focused his energy on something a bit more unexpected: Immortalizing iconic LA architecture through detailed miniature models. 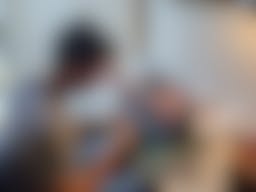 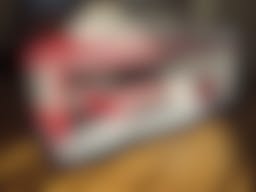 “I was sitting in Rae’s Restaurant, getting lunch with a friend, and was just like ‘Hey, I really like this building - I want to make a little miniature of it, just to have at home,’” he laughs. “It turns out, I’m pretty good at it.”

Which is a bit understatement. With no prior experience in architecture, model-making, or even arts and crafts - but with plenty of time to watch YouTube tutorials - Wright began cranking out incredible (and incredibly detailed) 1/24th-scale models of LA landmarks like the Rae’s, Tiki Ti, the New Beverly Cinema, Tail o’ the Pup, and Morgan Camera Shop, a Hollywood fixture opened in the early 1930s.

“Every spare second I have, I’m out, driving around, going to LA County, Orange County, all over the place, just looking for interesting things,” he explains. “For anything to be a contender, it has to be an important landmark or icon, or is a part of LA’s unique architecture that wouldn’t be found anywhere else. I consider each little miniature to be a love letter to Los Angeles.” 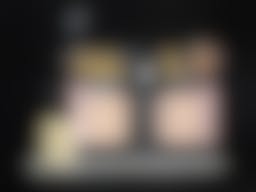 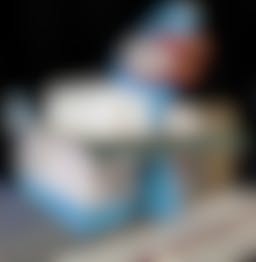 Case in point: His most recent miniature is a 1/24th-scale model of Fugetsu-Do, a family-run Japanese confectionery in Little Tokyo that’s been around since 1903. Made with a mix of foam, plastic, and plaster, from the replica rock wall exterior to the tiny sign hanging inside a window (which was made from a textured print Wright created himself), his eye for detail is evident - as is his appreciation for the shop’s history. To him, this is more than a great place to get mochi.

“I saw Fugetsu-Do while browsing the LA Conservancy website. And while I loved the cool, ’50s rock work, I think that the real story is that they’ve experienced so many challenges - threats of gentrification, the Japanese internment camps of World War II, the Great Depression, and the current global pandemic - throughout 117 years of operation. It’s crazy that Fugetsu-Do has continued to be out here, serving their community, and I wanted to pay homage through my work. I like the idea of bringing something to life, and bringing more awareness to it.” 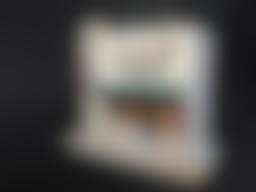 And while many would be satisfied with the internet fame Wright’s received through a mix of Instagram posts, features in local publications, and, yes, even Reddit (“When I share these things, they get like, 5,000 upvotes and the only positive comments on that site,” he laughs), it was also important for the first-time builder to give back to the businesses he’d spent hours studying. In a recent Instagram post, he announced that he would be raffling off his Fugetsu-Do miniature to anyone who’s donated $20 or more to Little Tokyo’s Small Business Relief Fund.

“It comes back to the reason I do this,” he says. “It’s because I love these businesses and these places. And it’s more important than ever to support them.”

Which is true. As scores of legendary restaurants are forced to close permanently, or scramble for survival, and with LA institutions like Taix French Restaurant set to be demolished (and repurposed as housing and retail complexes), the pressure is on to not only highlight our city’s unique, historic architecture, but to put a real emphasis on its importance and value, too.

“It was definitely something that I thought when I started to make these minis, this idea that these buildings are at a high risk for being taken away,” Wright says. “Who knows what the future holds - but if something terrible does happen, there’s at least a little 1/24th-scale version of [it] that can still exist, in real, physical form, even if it’s not the actual building.”

If you want to want to own one of those small-scale models, you still have time -Wright’s Fugetsu-Do giveaway closes on Friday, October 9th at 11:59pm PT. Click here for more information. 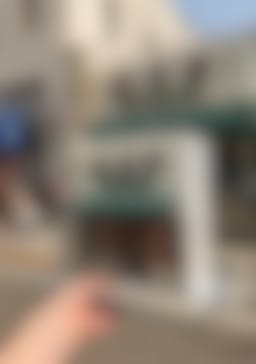 Restaurants Can Open For Outdoor Dining On Friday
Here’s what that means.

The Best Noodle Soups In Los Angeles
From ramen and pho to matzo balls and boat noodles, here are 22 delicious bowls of soup to get you through another blustery(ish) LA winter.