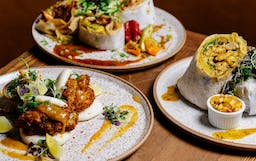 To celebrate Juneteenth, HBO Max is showcasing Black stories and empowering Black voices. They’ve selected 10 great TV shows and movies from Black creators, and we’re spotlighting 10 Black-owned restaurants to go along with them. Read on for The Infatuation’s takeout recommendations in NYC, LA, San Francisco, Chicago, and Miami, each paired with a movie or TV show you can find on HBO Max. 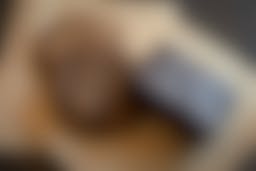 Before I Will Destroy You, the incomperable Michaela Coel created Chewing Gum. The comedy follows Tracey, a sheltered, Beyonce-obsessed virgin who wants to have sex. She works in the neighborhood market, so a lot of scenes are set against a backdrop of aisles stocked full of chips, candies, cereals, and nuts. Long story short, the show - aside from making your body ache from laughing so much - will inspire you to snack uncontrollably. One sweet treat we love is Anthony’s Cookies, a bakery in the Mission that makes damn near the perfect chocolate chip cookie. And this spot will even give you a free cup of milk for dunking.

Issa Rae’s series is very much about navigating the ups and downs of mundane life as it is about living in Los Angeles - the views, the bars, the food spots. And while we can’t recreate powering up Runyon Canyon before stuffing our faces with one great LA taco (though, we can certainly try), we’ll take the next best thing: a trip to Sunset Cantina. The Mexican restaurant in the Outer Sunset serves up excellent tacos, along with flautas, snacks, and tequila and mezcal cocktails, in a bright, casual space. 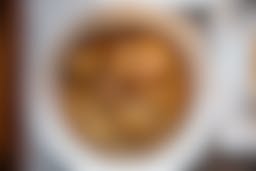 This is an incredible adaptation of one of our favorite graphic novels. Everything about Watchmen is excellent: from Regina King’s acting, to its unflinching look at white supremacy. It’s complex, intense, and incredibly enjoyable - all words we would use to describe the delicious soul food at Soule in Chicago. This restaurant works like culinary seratonin, and if you don’t cry tears of joy after eating their shrimp and grits on your couch, you might be as cold and unhinged as Ozymandias.

Lem’s has been around since 1951 and is the one BBQ restaurant that someone who has visited Chicago exactly once will know about. This makes the iconic South Side spot a natural pairing for Lovecraft Country, much of which takes place in 1950s Chicago. The meat is aquarium-smoked (a method developed in Chicago) and the sweet, vinegary mild sauce (also created here) is a perfect counterpart to the fatty rib tips. And while the show has lots of time hopping plot threads to keep track of, Lem’s will keep you grounded by being wonderfully straightforward and delicious. 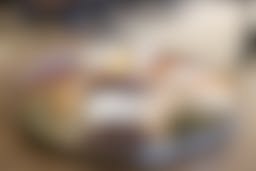 Eat with: I May Destroy You (HBO)

I May Destroy You is a thrilling and brilliant show that demands your full attention - so much so that you may not even be able to focus on using a fork. So order from Miami’s Awash Ethiopian Restaurant, whose injera is our favorite way to eat with our hands. The food here is excellent - especially the Taste of Awash platter - and that injera is great for stress-tearing during particularly tense scenes.

Eat with: That Damn Michael Che

It’s hard to watch That Damn Michael Che without laughing uncontrollably every 30 seconds. That is why the slider is such a perfect thing to eat during a viewing. They’re small enough to consume in between belly laughs, and no one does them better in Miami than Royal Castle. Your laugh breaks should time perfectly with finishing each slider, and you won’t have to worry about your burger falling apart because Michael Che is being hilarious. 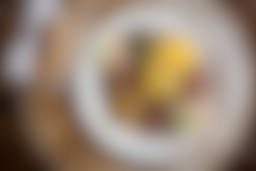 Every episode of this voguing reality competition show feels like a full-on party, making it a fantastic show to watch with a group of friends on a Friday night. And once you rally the crew together, make sure you order-in from Messob. The long-standing Ethiopian restaurant on Fairfax has a bunch of delicious food, but when you have a lot of people to feed, you’re going to want to order the “Super Messob Exclusive.” It’s a massive combination plate filled with various highlights from all corners of the menu including doro wot, collard greens, and tibs - all sitting on a bed of spongy, tangy injera.

As we all anxiously wait for Euphoria’s second season (how many more times can we be expected to rewatch the Jules episode?), tide yourself over with a rerun marathon and an order from de Porres Dinner Series. For over seven years, Pablo Osorio and Danielle Bell staged intimate dinner parties across the U.S. Now, they’ve launched a weekly delivery service, featuring an always-changing menu of dishes inspired by Osorio’s Peruvian heritage and Bell’s Southern upbringing. The result is a delicious mix of cultures and dishes, ranging from cheddar chive biscuits and mulberry ice cream to pork gravy sold by the pint. It’s a little sweet, a bit of family tradition, and always accompanied by a lovely story - a.k.a. exactly what you want while watching Alexa Demie serve the hottest looks known to man and listening to “All For Us” by Labyrinth for the thousandth time.

Eat with: The Fresh Prince of Bel-Air

Will Smith and Alfonso Ribeiro could read a phone book and it would still be one of the best sitcoms of all time. But in case you’re not familiar, on The Fresh Prince of Bel-Air, Will plays a goofy teenager from a humble home in Philadelphia who moves in with his cousin Carlton (played by Alfonso) and the rest of the very wealthy Banks family. The fun in this show is watching the two very different teens growing up in LA under the same roof during the ’90s. Will perfects his pick-up lines and Carlton obsesses over getting accepted at Princeton. For six seasons, the show follows the unlikely duo through a series of slapstick antics in the Banks family’s Bel-Air mansion. While watching such a rich compilation of Black joy on screen, you should order from The Bun Hut - the most exciting restaurant making West Indian and Bahamian food below 14th Street. In honor of the cross-cultural bond between Will and Carlton, go all-in on steamed bao and roti wraps stuffed with things like juicy jerk chicken, braised oxtail, and coconut shrimp while you watch.

Eat with: Black Art: In the Absence of Light (HBO)

Sam Pollard’s documentary Black Art: In the Absence of Light is an ambitious masterpiece, covering nearly 50 years of art history and cultural movements. So if you enjoy museums or feel compelled to stop and stare at murals on the street, consider this film a must-watch. The project includes tons of incredible interviews with people like Georgia-born painter Amy Sherald who did Michelle Obama’s portrait for the National Portrait Gallery and Harlem-born art-activist Faith Ringgold who has received over 80 awards and honors throughout her lifetime for painting and sculpting. So we recommend keeping a notepad nearby for keeping track of all the art world wisdom and ordering a few plant-based dishes from Aunt et Uncles for sustenance. If you can, pick up your vegan mac & cheese, bake & saltfish, or lobster roll in-person from this Flatbush spot - they’ve got approximately 342 indoor plants, a blush pink couch that looks way too nice for sitting, and a wall shelf full of art books lining the back wall.