June 28, 2021
The Best Hard Seltzers To Drink This Summer
Summer called, it wants you to bring hard seltzer. And sunscreen, probably.

A full-blown beverage craze is not something that happens often. That’s why the recent boom in hard seltzers is especially notable. It’s a genuine phenomenon, and, frankly, bartenders probably saw it coming.

I say this because I used to be a bartender, and the most common request when it came to cocktails was always not too sweet. Now we have hard seltzer, which seems to be the canned manifestation of that very request. And I can see the appeal. Hard seltzer is light and extremely easy to drink, and it tends to have little to no sugar.

Is it easy to make fun of? Of course. But so are most other relatively new things. So let’s not waste time trying to figure out if hard seltzer deserves a spot on the beverage Mount Rushmore next to Martinis and Manhattans. People like it, so it’s good.

With the recent (massive) expansion in this beverage market, it’s time to slow things down and see if we can separate the mediocre hard seltzers from the ones that are actually worth buying. Here are our top picks (other than the ubiquitous White Claw), including a surprisingly pleasant entry from a sparkling water maker, a potent canned beverage from the person who brought you Rodeo and Astroworld, and a few varieties that actually taste like seltzer. 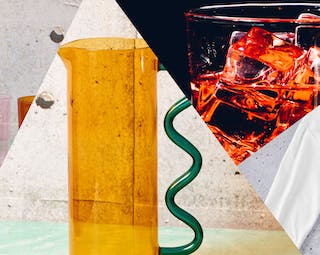 Your Summer Negroni Starter Pack, From Booze To Glassware 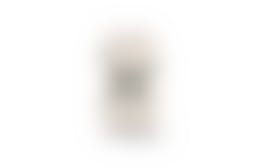 My go-to drink at a bar is often tequila with soda water and lime juice. It’s crisp, it’s refreshing, and, in Texas, it’s known as Ranch Water. Granted, traditional Ranch Water is made with Topo Chico, and there’s occasionally some sort of sweetener thrown in - but let’s not get bogged down in minutiae. All you need to know is that Lone River Ranch Water is, in my opinion, perfect. There’s nothing fancy about it; it’s just sparkling water, agave, lime juice, and alcohol. But the lime juice gives the seltzer just enough body and dimension, while the drink itself remains featherlight and perfect for continuous sipping. In addition to the original flavor, there’s also a spicy variety (perfect as well) and a prickly pear kind for anyone who needs a touch more substance.

A Seltzer That Understands The Assignment 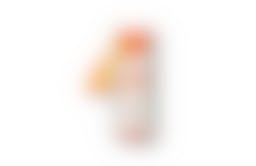 When I say that Mighty Swell understands the assignment, you should know that this is a very high compliment. Hard seltzers are, by their nature, uncomplicated beverages, and the best ones out there tend to keep things simple and stick to the format. That’s Mighty Swell in a nutshell. The flavors are bold (but not overbearing), the seltzers don’t taste sweet (or worse, artificially sweet), and the peach kind is particularly well-executed, in that it’s reminiscent of actual peaches. 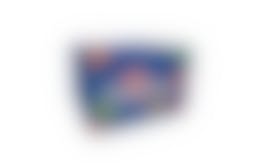 When you write about seltzer, companies often send you free samples. Coverage is, of course, never guaranteed (that’s not how we do things) - but was my opinion swayed by the fact that Party Water sent me a hat? Maybe. The hat says “Party” on it, and I was wearing it earlier, so keep that in mind as far as bias goes. Now let’s talk seltzer. Simply put, Party Water makes for some very easy drinking. Similar to Bud Light Seltzer (more on that later), it’s watery in a good, refreshing sort of way (how seltzer is supposed to be), and some of the flavors are surprisingly convincing. Strawberry Mojito, for example, has a powerful minty bite with a hint of strawberry, and it really does taste like the world’s lightest mojito. Also, the branding is fun, and your friends will probably enjoy saying things like, “Hit me with a Party Water.”

A Welcome Addition To The Scene 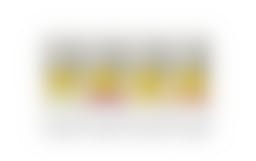 When I saw that Topo Chico (a sparkling water company) is now in the hard seltzer game, I thought to myself, “What now?” But the brand’s seltzer is one of my top-3 picks. The flavors are well executed (strawberry guava in particular), the 4.7% ABV is reasonable, and the cans look pretty nice as well. In other words, it feels like a fully realized beverage and not just a gimmick intended to take advantage of a trend.

The One So Good It's Unfair 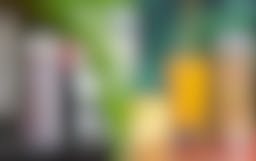 If you’re a beer nerd, you might be familiar with Evil Twin. This NYC-based company makes some exceptional brews, and now - for some reason - they have a line of spiked seltzers. The seltzers range in flavor from key lime-mango-vanilla to something called “4 Berries Marshmallow,” which tastes exactly how it sounds (delicious). These drinks do, however, have a notable hint of sweetness, and, while that certainly enhances the flavor, it feels sort of like cheating in the spiked seltzer category. Still, no complaints. These are some seriously good sparkling beverages. 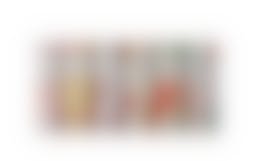 When you get bored of other seltzers, go for Flying Embers. Their flavors come in pairs (i.e., guava and jalapeno), and I have yet to find a combination that doesn’t work for me. If I had to choose one, however, I’d go with Pineapple Cayenne. It’s bold and juicy with an almost imperceptible drizzle of spice. 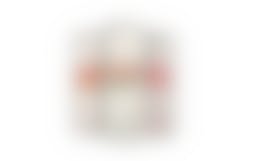 Travis Scott makes better music than I do. So when I heard that he was making a hard seltzer in partnership with Anheuser-Busch, I thought I’d give it a try. The seltzer is called Cacti because it’s made from agave (just like tequila) - and, turns out, it’s actually pretty good. The lime flavor in particular is juicy, nuanced, and just bitter enough to remind you of actual limes, and the others are perfectly pleasant as well. Be aware, however, that the ABV is 7%. Take your time when drinking Cacti.

A Seltzer With Substance 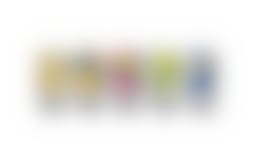 Willie’s Superbrew is made with actual fruit (and fruit concentrate). That might sound like a marketing gimmick intended to lure parents into buying their 21+ children this beverage, but it’s actually quite refreshing (in multiple senses of the word). Sure, it means just a tad more sugar than what you’d find in your typical seltzer, but the fruit also give this stuff some flavor that doesn’t feel like it was made in a lab. You can’t go wrong with Mango & Passionfruit (made with actual mango and passionfruit), but you should really just grab a variety pack. 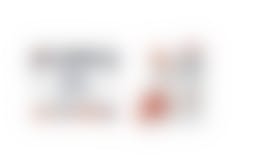 BON V!V (yes, that’s how it’s written) excels in the department of drinkability. The flavors taste clean, true, and even slightly elegant in the case of their juicy, bitter grapefruit variety. The ABV is also a manageable 4.5%, which should keep your friends and family from falling asleep on your couch at 2pm. If you need an easy option for a gathering, go this route. 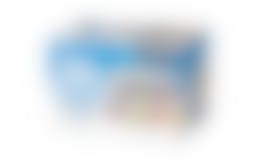 Upon first taste, Bud Light Seltzer seemed more watery than most. But I didn’t really mind, and I began to wonder why I didn’t mind. At which point, it hit me: it’s because that’s what seltzer’s supposed to be. You could knock this Bud Light variety for being generic or not having the most interesting flavors, but, honestly, I think it falls right in line with the ethos of hard seltzer in general. It’s light and crisp, and I would not be offended if someone brought me a cooler of these on a hot summer day. 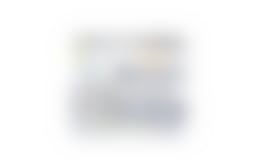 Similar to Bud Light in that it actually tastes like seltzer (in a welcome way), this one really just comes down to brand preference. If anything, however, Corona hard seltzer might be just a little more subtle in the taste department. You might think that’s a euphemistic way of saying “flavorless,” but that really isn’t the case. Many a hard seltzer is ruined by overbearing artificial flavor. Corona’s is not. Purchase accordingly.

A Seltzer Tailored To Summer 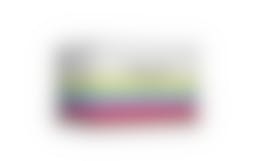 Some people like hard seltzers because “they don’t fill you up.” I genuinely don’t know what that means, but when I hear that phrase, I think of Montauk. Their seltzers feel ultralight on the palate, but they still have flavorful backbone. Lemon lime is the standout of the bunch because A) it does indeed taste like lemon and lime, and B) it has just a touch of tartness. Throw a few in an icy cooler, and consume on a 95-degree day. 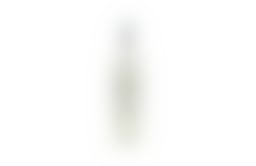 Recently, I served Pompette to a guest, and their reaction was something along the lines of, “What in the world is that?” And, to be fair, Pompette doesn’t look like anything else on this list. It’s packaged like a white wine (in a full 750ml bottle), but it’s actually an extremely delicate hard seltzer. The flavors are subtle, and, while it took me a while to come to terms with the large-format bottle (maybe those will be common one day), I especially enjoyed the cucumber lime variety. Once again, subtlety was the name of the game here, and I found the combination of lime and cucumber to be extremely pleasant. So if you want to drink hard seltzer at a gathering, but you’re too ashamed to rock up to the party with a 12-pack of ’claws, consider Pompette. The only downside is that once you open your Pompette, you’re going to have to finish it. Flat seltzer is not a viable drinking option.