Emily Schindler
September 17, 2021
What It’s Like Running An NYC Restaurant When You Don’t Speak English
How the pandemic has changed an already challenging situation for non-English-speaking restaurant owners.

“My ramen bowls are American, New York-style,” says Foo Kanegae through a translator, “because I make them by incorporating the things I see in New York, and by listening to the voices of my neighbors.”

Kanegae is executive chef and owner of Karazishi Botan, a ramen restaurant in Brooklyn that opened in late February 2020. His latest creations are a vegan “tira-miso” ramen with chocolate powder, and cheese-tossed fries that taste like Cheetos. Nothing about his extensive and comprehensive menu of ramen, dumplings, tapas, and “botan burgers” would tell you that Kanegae is not fluent in English.

Kanegae speaks Hakata-ben (a Fukuoka dialect) and Japanese. Kanegae is a Fukuoka native who worked as the ramen master at Ippudo for almost 20 years. He finally left and opened Karazishi Botan with his wife only a few weeks before the pandemic hit. Initially, the restaurant only had 18 indoor seats. 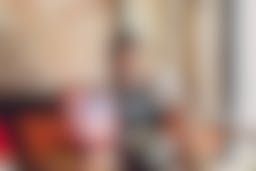 Chef Foo Kanegae of Brooklyn's Karazishi Botan with his spicy "Captain Brooklyn" bowl. The shield is provided to ward off the cloud of steam when serving the dish. Photo: Emily Schindler

Since he opened his ramen restaurant only a few weeks before the pandemic, Kanegae was not eligible to apply for the Paycheck Protection Program. Many of the documents about aid he needed to read or submit didn’t have Japanese versions. The online system did not let them proceed with their application or negotiate with an actual person.

So Kanegae relied on neighbors, vendors, friends, and the Japanese restaurant industry to get the latest information, tips, and ideas to try to keep up with the constantly changing rules and regulations and keep his restaurant alive.

He’s far from alone. Roughly 8.3 percent of people living in the US speak English “less than very well” according to 2020 numbers from the US Census. In New York City, nearly one-half of all New Yorkers speak a language other than English at home, and almost 25 percent—about 1.8 million people—are not English-proficient. After English, the languages most frequently spoken in New York City are Spanish (50 percent) and Chinese (12 percent).

New York’s Local Law 30, enacted in 2017, requires city agencies to provide access to their services in languages other than English (specifically, Spanish, Chinese, Russian, Bengali, Haitian Creole, Korean, Arabic, Urdu, French, and Polish). Despite this ordinance, access to information in non-English languages can still be hard to locate, even via the city’s 311 informational phone system or online.

One cause of this disconnect could be the mediums through which governmental agencies target their intended audiences. Rather than posting in a variety of languages on social media platforms like Facebook, Instagram, or Twitter, it would likely be more effective to focus on platforms like China-based WeChat. During the pandemic, WeChat became an important source of information for Asian restaurants in the US But that information was coming from social networks and word of mouth, not from government agencies. 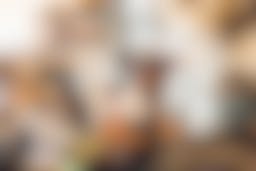 For non-English-speaking business owners, the lack of translation resources and communications by the municipal, state, and federal government seriously inhibited access to vital funds like the PPP and other small business loans during the pandemic. In just one segment, in the​​ State of Chinatown survey conducted in February 2021, one-third of applicants returned their PPP grant applications in Chinese.

Governmental assistance was slow to respond to the needs of non-English speakers during 2020. Only as of March 26, 2021, did former Governor Andrew Cuomo sign Executive Order 26.1, which directs executive state agencies that provide direct public services to offer language assistance services (translation and interpretation) to people with Limited English Proficiency (LEP).

While learning English might seem like a worthwhile pursuit for a business owner in an American city, the pressures of running a small, demanding, and low-margin operation like a restaurant are considerable even in the best of times. With the pandemic making everything even more desperate and urgent, some restaurateurs are prioritizing survival over language classes.

Yi Wei Huang is the Cantonese-speaking owner and master baker of Double Crispy Bakery in Chinatown. He opened 15 years ago and has lived in the United States for 25 years. His bakery is known for Portuguese egg tarts and Asian pastries. Huang is from Guangdong, China, and he immigrated to New York City in his 20s. His first job in the United States was at Taipan Bakery, also located in Chinatown. Speaking through a translator, he says he chose baking because that was his profession back in China, and it was “what I knew best.” He tried taking ESL classes, but with work and trying to support his family, he didn’t have the time or energy to continue.

Double Crispy closed completely during the pandemic from March 19 to May 23, 2020, then reopened with limited staff (Huang, his wife, and two other employees) and very little business. To this day, only half the number of the original staff is employed because Chinatown doesn’t have the same foot traffic as it did pre-pandemic. Huang applied for PPP, but the process was difficult due to his limited English proficiency, and he had to ask his bank to help with the application during the first round.

Huang didn’t get any help with language translation, nor did he receive PPP aid. He did manage to receive it on the second attempt, though. The difference was he had to ask his English-speaking son and his accountant for help. It took about a month to finally receive the loans.

“It’s difficult as an ESL speaker operating any business in America,” says Huang. “Knowing English would [have] definitely helped getting financial [assistance] sooner... it would definitely be helpful with more customers, such as tourists and other non-Chinese speaking customers.”

But right now there’s no plan to learn English, Huang says, with the business already struggling. His energy is consumed with keeping his restaurant open.

The feeling of being overwhelmed by the demands of work is a familiar story for immigrants. Paul Zheng is the owner and head chef of My Food House, also in Chinatown, that serves Taiwanese and Fujianese dishes. He’s from Fujian, China, and has lived in the United States for about 28 years. Zheng speaks Fujianese, Cantonese, and Mandarin.

“I immigrated here because of the freedom and liberties it provided,” says Zheng through a translator.

My Food House has been open for more than 10 years. Initially, it was a Fujianese specialty restaurant, but by 2019, most of the local Fujianese population had moved from Chinatown to Sunset Park in Brooklyn. So they pivoted to Taiwanese-Fujinese fusion. Their specialties are Taiwan braised pork over rice, beef noodle soup, and Fujianese fish balls. Everything is handmade in-house.

After lockdown, they closed for the last two weeks of March 2020, then reopened with takeout and third-party app delivery. Only Zheng and his wife worked at the restaurant. They also asked for assistance filling out the PPP application because of the language barrier. But as with Huang, Zheng at first had to rely on friends and family to complete the PPP process. His accountant eventually found a person that helps businesses run by non-English speakers in filing for PPP.

“The PPP definitely took longer because I didn’t speak English,” says Zheng. “I didn’t understand the application and what it needed. It took about two weeks for us to receive the PPP once we filed. Not speaking English and opening a business in New York is difficult because there’s a language barrier with city officials and certain customers because we can’t understand each other.”

Back in China, Zheng had quit school when he was young to go find work and help his family financially. His first job in the United States was as a chef in a restaurant kitchen. Working as much as he did meant he didn’t have the energy or time to learn English. He says he still doesn’t.

“Things were just a little bit harder for us, and I always felt I needed more time to fully understand. ... I [was] double-checking with industry friends if my understanding was correct every time a new rule was put into place,” says Zheng. “I sometimes thought, ’If English was my first language, would I not only be able to move faster, but also be able to find loopholes and negotiate better with officials about the outdoor setting rules?’”

Kanegae believes that despite all of these hurdles, the restaurant industry is surviving together by building a stronger community, and the need for these crucial language resources is finally being addressed.

“It’s not a guest/server, employer/employee, competitor/competitor kind of relationship at all anymore,” says Kanegae. “I do not know what it would be like after COVID, but I think what we are building right now is something beautiful and important. I am very hopeful about that.” 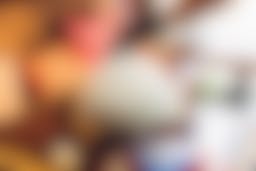 For free English language learning programs, check out We Speak NYC from The Mayor’s Office of Immigrant Affairs, or classes available through the New York Public Library.