I can’t say any of the 2021 Best Picture nominations are particularly uplifting, and The Father might just be the most depressing of them all. But whoa, whoa, whoa, before you close out, roll your eyes, or scream, “Enough!” at your innocent dog, hear me out. The Father is kind of hilarious, too - mostly thanks to the father-daughter banter from Anthony Hopkins and Olivia Colman. Hopkins’ character is a well-to-do Londoner who is tragically losing his mind, and we, the viewer, lose our minds along with him. Every morning he wakes up and we wonder if we simply haven’t changed our pajamas in a while, or if we’re reliving yesterday. Are we having roast chicken for dinner again, or has there been a glitch in the matrix? Is Colman’s character really our daughter, or is it that some other woman who we can’t quite place? Somehow, Hopkins and Colman find lightness and love in this portrayal of how Alzheimer’s can overtake a family. And the only thing capable of keeping this family together is a wholesome roast chicken - which essentially plays a supporting role in this film. Order one from Lasita - the new Filipino rotisserie concept from Lasa in Chinatown. It’s stuffed with lemongrass and garlic, so it’s sweet and citrusy. We’d say you don’t even need the garlic vinegar and spicy bird’s eye salsita that comes on the side, but the sauces only make the meat even better. 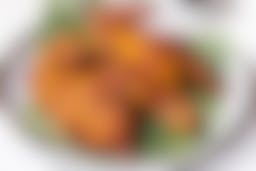 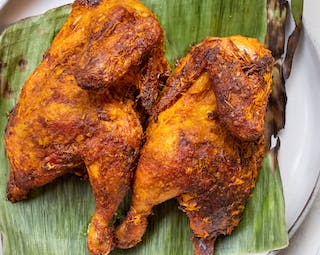