We’re always looking to make The Infatuation the best platform to find restaurants, and we appreciate your feedback!
LV

Where To Eat Dinner Before A Show In Las Vegas

Between the residencies, colorful acrobats, and comedians who seem to all be contractually obligated to make jokes about buffets, there are tons of shows to see in Las Vegas. There are also so many restaurants in each hotel - and in Vegas as a whole - that it’s difficult to pick the right one. When you want to find somewhere that’s convenient to the theater, serves good food, and will match whatever the mood is for the night, we have you covered. Here are our favorite restaurants near some of the top hotels and venues in Vegas to hit before spending a few hours staring at a stage and wondering if it’s time for glasses.

Until the Encore Theater at the Wynn lets us bring Red 8’s oxtail soup into the show, you’ll find us here pre-show, post-show (they close at 1am Friday and Saturday and midnight the rest of the week), and probably also post-post show getting takeout because their dumplings taste even better in a hotel bed wearing a robe. But before you get to that part, you’ll sit in a very red space with billowy white curtains that looks fancier than it actually is. Come here whether you’re all dressed up or in something more casual for some really solid Chinese food. 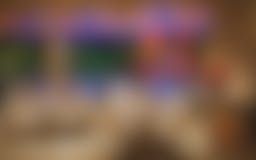 When you want a show before your show, head to Lakeside in the Wynn. If you sit out on the patio, you can watch the nightly light and water show, which happens every 30 minutes from 8pm-12:30am. The best deal here is the prix-fixe that pairs one of their unique cocktails and three courses with a ticket to one of their shows all for around $150. You’ll choose between mostly seafood dishes, though they have steak and chicken options as well. 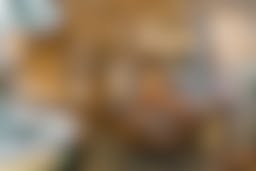 No matter how many times you definitely make eye contact with Cardi B mid-song, a night at a club isn’t going to end well if you go in on an empty stomach. Start the night with dinner at Shark and share things from the seafood-heavy menu like shrimp escabeche, tacos, and sushi and sashimi, though keep in mind that the portions are pretty small. The one thing that must be on the table even if everyone only gets a bite is the soft scrambled eggs with sea urchin and chive pesto, and spicy tomato toast, which feels like a weird dinner order but is worth it. 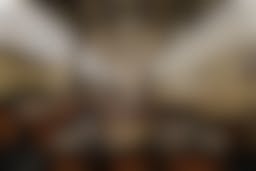 Cut is a steakhouse in The Palazzo, but whether you’re seeing a show in the hotel or somewhere else nearby, it’s in enough of a central location on the Strip that you could come here regardless of where you need to be after. It’s an incredibly fancy - and expensive - spot, but from the table-side Old Fashioneds and bone marrow flan (sounds strange, but trust us) to the Japanese wagyu beef, dinner here is going to be something you talk about almost as frequently as the show itself. Just make sure you round out your table with some sides, like their creamy polenta that’s so good you’ll consider petitioning for it to become a concession stand snack. 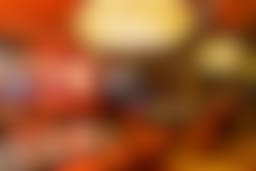 There are two quick ways to spend $40 before an early show at The Venetian. You can ride in a gondola while you wonder what it would look like if they turned the whole thing into a lazy river. Or you can head to Mott 32’s Happy Hour (from 5-7pm in the bar and lounge areas) and get a cocktail and a few dim sum plates. It’s a small-ish menu but you can get a sampling of some of their signature dishes - like BBQ Iberico pork buns and sesame prawn toast. And depending on how long the show is, come back after for their second Happy Hour from 9-11pm for a few more plates, or just for our favorite dessert, a rice roll with fresh mango and coconut. 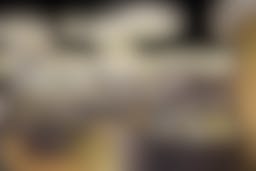 Sure, the venue at Caesars Palace could probably have a more creative name than “The Colosseum,” but it’s simple and it makes sense. We feel the same way about dinner at Nobu. Yes, it’s technically a massive international chain, but it serves consistently great, upscale food and the servers are quick but not rushed if you let them know you’ve got tickets to see Mariah Carey or Journey. It’s definitely pricey, but it always feels celebratory and is approximately a two-minute walk from The Colosseum. Nobu’s known for their sushi, but non-sushi dishes, like the creamy spicy crab or the black cod miso, are worth getting too. 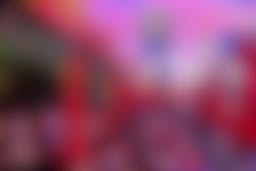 It’s your anniversary, and your significant other surprised you with tickets to that Reba residency you’ve been not-so-subtly checking the price of daily. To say thank you, you’re handling the dinner reservation. Make one for the outdoor patio at Mon Ami Gabi, where you’ll have a perfect view of the Bellagio Fountains. The prix-fixe option at this French bistro helps cut down on decisions and tends to be a bit faster before a show, and reservations are never hard to come by, even if it’s day-of and you forgot all about your generous offer. 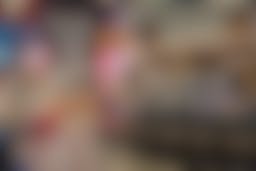 One friend handled the hotel reservation, another coordinated the tickets to see Jack White at The Chelsea, and you’ve been put in charge of dinner. Before you panic, deny you know any of them, and run away to the desert, remember that there’s always Block 16 Food Hall. With six different vendors, from Nashville hot chicken to donuts, you’ll be able to make everyone happy with the choice, and hopefully your friends are down to share. 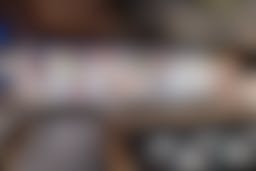 The Cirque Du Soleil acrobats probably don’t eat much before they do flips and somehow contort their bodies into unimaginable shapes. But if there were a restaurant version of the show, we’re pretty sure it would be Momofuku. The ingredient combinations here are unexpected, but really work, and the cocktails are organized by adjectives like fizzy, bright, and bold. Try dishes like bigeye tuna with shaved foie gras and strawberry, and wagyu short rib stew with kimchi and burrata before opting for something “bold” like a yuzu negroni. 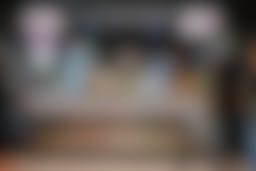 The T-Mobile Arena is one of the most popular venues in Vegas so whether you’re catching a Golden Knights game or a concert, make a stop in Section 12 at Graffiti Bao. The buns are perfectly steamed and we like all the choices, especially the cheeseburger bao (Bao Royale) and kung pao chicken bao. Plus, the nutella and banana one with white chocolate sauce means you can get an all-bao multi-course meal that will have you covered until the end of the night. 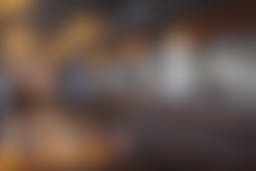 When you’re looking for a show in a smaller venue that won’t include performers emerging from smoke and nine outfit changes, head to the Majestic Repertory Theater downtown in the Arts District. And while you’re in the area, grab dinner first at Hatsumi, a five-minute drive away. It’s a small place with a few booths and mostly bar seating - which is where you want to sit for a peek into the kitchen. Share a few plates like the lomi lomi (fish of the day, onion, tomato, chili ponzu) and pork kakuni (pork belly with a marinated egg) along with a bunch of skewers and get something from their long cocktail list. Though if you have some extra time to kill after, Velveteen Rabbit and ReBar are right next to the theater and are two of our favorite bars in Vegas.

CHECK OUT OTHER VEGAS GUIDES 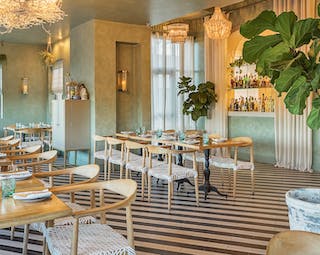 The Hit List: The Best New Restaurants In Las Vegas 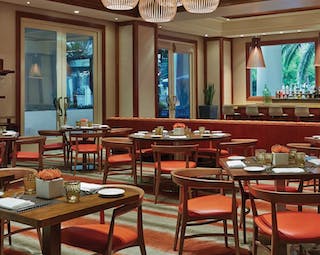 The 21 Best Breakfast And Brunch Spots In Las Vegas 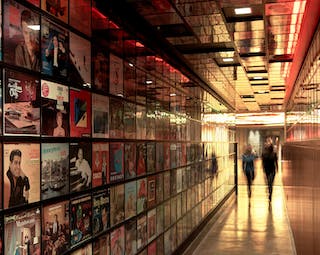 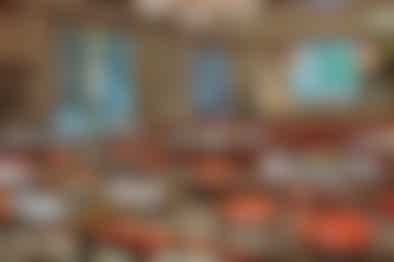 The Best Breakfast And Brunch Spots In Las Vegas

It’s the most important meal of the day/night. Here’s where to do it right. 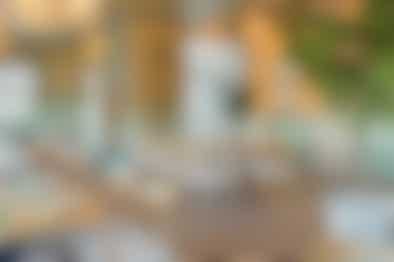 Our 11 new favorites along The Strip and beyond. 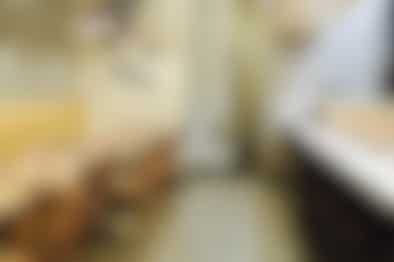 Where To Go For A Low-Key Meal In Las Vegas

18 casual restaurants where you can wear whatever you feel like. 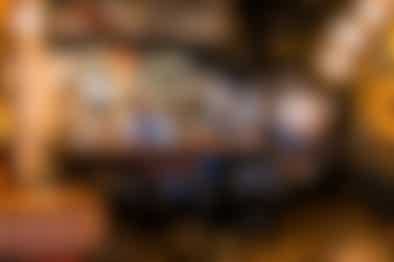 The Best Bars In Las Vegas

The 19 best bars in Las Vegas.

Our 11 new favorites along The Strip and beyond. 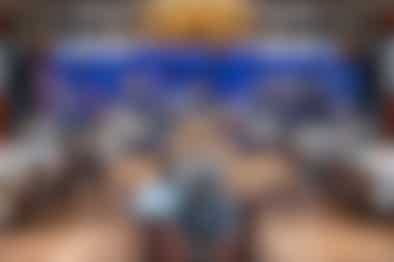 The Best Restaurants In Las Vegas

Our 20 favorite places in Vegas.

From Los Angeles to London, these are the most exciting new restaurants to come out of this year.
Restaurant Finder