Emily Schindler
How To Make A Sidecar
The Sidecar is a classic that’s been around since the 1920s, and it still has the same basic elements: cognac, triple sec, and lemon juice.

It’s unclear who exactly invented the sidecar, although the first recipe appeared in print in Harry MacElhone’s Harry’s ABC of Mixing Cocktails. That’s the same Harry MacElhone who ran the iconic Harry’s New York Bar in Paris, so it should come as no surprise that this drink became a classic, and just about any bartender knows how to make one. The formula has changed a bit over the years, but you still just need the same basic three elements: cognac, triple sec, and lemon juice. It’s a simple combination, and it’s about as well-balanced as a motorcycle with an actual sidecar attached. For the best possible outcome, we suggest using Rémy Martin 1738® to make a Rémy Sidecar. 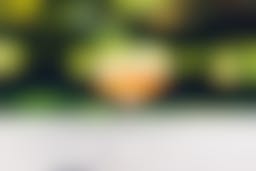 As always, fresh juice is key - and, since this drink calls for lemon juice, you’re going to need a lemon. Find one, use a vegetable peeler to quickly make a twist for later, then juice your lemon. Add ¾ ounce of lemon juice to your cocktail shaker.

Triple sec is just a fancy way to say “orange liqueur” - and Cointreau® (with its 40% ABV and deep orange flavor) is the original and best triple sec to use for this drink. Pour ¾ ounce of Cointreau® into your shaker.

A Sidecar is traditionally made with the grape-based spirit known as cognac, so there are several routes you could go here. We suggest Rémy Martin 1738®, the perfect cognac to bring some nice toffee/butterscotch notes to the drink. Put 2 ounces in your shaker.

Finally, add around 5 or 6 ice cubes to your shaker, and shake vigorously for about 20 seconds. Once you’re finished, strain your cocktail into a pre-chilled coupe or martini glass, garnish with a lemon twist, and take a sip. The Cointreau® and lemon juice should complement each other perfectly in a sweet-and-sour kind of way, and the cognac should function as cognac, which is one of the finer things on this planet.