According to the infinite monkey theorem (which we did not just make up), a monkey mashing random keys on a keyboard over an infinite span of time will eventually rewrite every single book in existence. Long before that hypothetical monkey writes War and Peace, however, bartenders will have used mezcal to recreate every classic cocktail in existence. The Oaxaca Old Fashioned (invented by Phil Ward in 2007), for example, is a pretty straightforward riff on a classic, replacing the Old Fashioned’s bourbon with mezcal and reposado tequila. It’s a quick and easy variation to make at home and - along with the rum version - it’s one of the few Old Fashioneds we fully endorse for beach-adjacent drinking.

How It Tastes: Light, elegant, like a regular Old Fashioned with an oversized personality 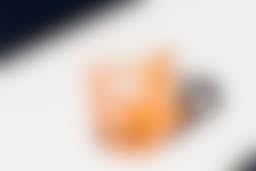 Rather than sugar or simple syrup, we’re going to sweeten this Old Fashioned with agave. That’s what both tequila and mezcal are made from, so it only makes sense. Pour .25 ounce agave syrup (straight from the bottle) into a mixing glass.

Some people like to use mole bitters for this drink - and for good reason. They bring a little more spice and depth, and they also work thematically in a “Oaxacan” cocktail. But if you don’t have any mole bitters, your standard Angostura bitters will work just fine. Add three dashes to your mixing glass.

Could you make an Old Fashioned with only mezcal? Absolutely. But since we want something a little more subtle for this drink, we’re going to use a reposado tequila as the main base spirit. Why reposado? Because it’s better suited for sipping, and reposado tequila is aged in barrels just like whiskey, so your brain will subconsciously associate it with the color of past Old Fashioneds. Put 1.5 ounces in your mixing glass.

Now just add 5 or 6 ice cubes to you mixing glass, and stir your drink for about 20 seconds. Once you’ve finished, pour your Old Fashioned into a rocks glass filled with ice. Preferably you’d use one large ice cube for this drink, but we’re willing to settle for whatever you have in your freezer. Garnish with an orange twist, and feel free to light it on fire if you have some matches lying around. Sip, enjoy, stir your drink with your finger when you get bored, and repeat.