Emily Schindler
How To Make A Cosmopolitan
If you think people stopped drinking Cosmopolitans several years ago, you might be right. But here’s a new version you’ll want tonight.

Old Fashioneds used to have fruit muddled in them. And Gimlets used to be made with sweetened lime juice. Our point is, cocktails change, and the next drink that needs an update is the Cosmopolitan (which will henceforth be referred to as the Cosmo). You may know this drink from various episodes of Sex and the City - but the Cosmos on that show were never the right color (sorry, props department), and we’re going to make one key adjustment. Instead of cranberry juice, which mostly just functions as sugary food coloring, we’re going to use a small handful of raspberries. This makes for an infinitely better cocktail, even if the original - most likely invented by Toby Cecchini in downtown Manhattan - once helped you connect with Carrie Bradshaw on a spiritual level.

How It Tastes: Bright, fresh, like the pink drink you deserve.

Why You Should Make One: Because Cosmos are better than you think, even if you already think Cosmos are pretty good. 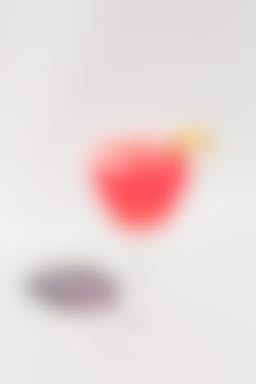 First, grab 5 raspberries, throw them into your shaker, and give them a brief muddle. No need to turn them into jam, just smash them up really quick. (Shaking will take care of the rest.)

Secretly, a Cosmo is just a vodka Margarita. If you don’t believe us, compare the two recipes. They’re pretty much the same - and, just like a Margarita, we’re going to start with lime juice. Find a lime, juice it, and add .75 ounce to your shaker.

What is triple sec? Good question. Triple sec is just another way to say “orange liqueur.” You’ll see a lot of cheap triple sec out there (that tends to have a lower ABV), and you should know that it’s pretty much just mildly alcoholic sugar water. Get a good bottle, like Cointreau, Combier, or Pierre Ferrand. Put .5 ounce in your cocktail shaker.

This drink needs just a touch more sweetness, so we’ll add a minimal amount with a quarter ounce simple syrup. If you don’t know how to make that, just mix equal parts white sugar and hot water, then stir until the sugar is dissolved. Throw .25 ounce in your cocktail shaker.

A traditional Cosmo calls for citron vodka - but, just to reiterate, we aren’t making a traditional Cosmo. This cocktail already has two citrus elements in lime juice and triple sec, so citron vodka isn’t really necessary. If you want to use it, that’s fine, but we find that regular old vodka-flavored vodka works great (and there’s a better chance you already have some in your home.) Pour 1.75 ounces into your cocktail shaker.

Add 5 or 6 ice cubes, and shake hard for 15 to 20 seconds - you want your drink to develop a slight froth, and you want to finish mashing up those berries. After you’re done, use both a Hawthorne strainer and a fine strainer to strain your drink into a chilled coupe, martini glass, or Nick & Nora glass. That fine strainer is going to catch your raspberry pulp and seeds, so they don’t get in your drink - but if you don’t have one, just be extra diligent with your Hawthorne strainer. Finally, garnish with a lemon twist, and enjoy this Cosmo that makes most other Cosmos taste like prop drinks from Sex and the City.

Want to make a classic Cosmopolitan? Just skip the simple syrup and raspberries (steps one and three), and add .5 ounce of cranberry juice instead. It's that easy.