Emily Ng
5 Great Bourbons For An Old Fashioned
A few of our favorite bottles for when it’s time to branch out.

If you like Old Fashioneds, there’s a 99% chance that you also like bourbon. And that isn’t a coincidence. Bourbon is the main ingredient. But what if we gave you 20 seconds to tell us what bourbon actually is? Would you pass that test, or would you cheat and look at Wikipedia? Either way is fine - but in order to save you the time it would take to open another tab, here’s an extremely brief rundown on that high-proof brown spirit.

Bourbon must be A) produced in the United States, B) distilled from at least 51% corn, and C) aged in new charred oak barrels. There are a few other legal requirements, but if you know those three things, congratulations. You have a pretty decent handle on bourbon. 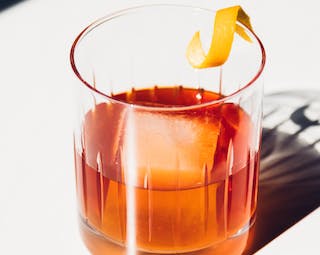 How To Make An Old Fashioned

So which bourbon should you use in an Old Fashioned? Great question. Some cocktails have a lot going on, but an Old Fashioned is one of the simplest drinks out there. It only has three ingredients (bitters, sugar, and bourbon), and it’s a great place to showcase a quality spirit, because you can actually taste the bourbon that you’re using.

That said, you shouldn’t spend the equivalent of a pre-owned Kia on a bottle of Pappy Van Winkle to use in your Old Fashioned. Stick to bourbons that are $100 or less, and look for value in lower-profile brands. We have five bottles that meet both of those requirements, and there’s even one that costs less than $20, in case you need to make some Old Fashioneds for a couple of friends who don’t usually Venmo you for things. 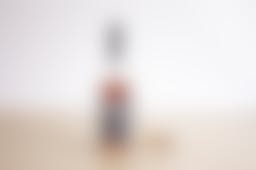 The bourbon that should cost twice as much as it does

Evan Williams Black Label looks aggressively generic, but don’t let that throw you off. This entry-level bourbon from Heaven Hill is one of the best bottles of anything you can buy for less than $20, and it’s perfect for when you need to make a batch of Old Fashioneds without burning through a whole bottle of something that you’re sentimentally attached to. It’s bright and straightforward with some light honey notes and spice on the backend, and it tastes like it should be two times the price. 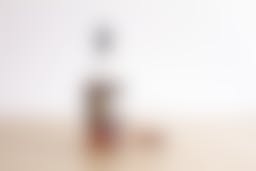 You know who loves Buffalo Trace? Bartenders. And that’s’ because bartenders are good at finding value in lesser-known brands. Although we wouldn’t call this bourbon niche or hard to find. You’ll see it hiding amongst the higher-profile bottles behind plenty of bars, and it’s a great option for when you want to drink a quality bourbon without spending a reckless amount of money. It’s smooth and approachable, with notes of toffee and vanilla, and it works for just about any bourbon cocktail, not just an Old Fashioned. Think of this as one of your default bottles. 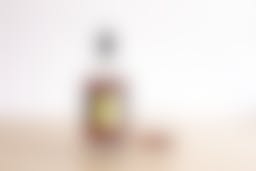 The perfect bourbon for a last-minute gift

Some people think bourbon has to be made in Kentucky. This is simply not the case. Just look at Koval. It’s distilled in Chicago, and it’s a bourbon that manages to be both rich and lean simultaneously. And that’s probably due to the fact that it’s made with the absolute minimum 51% corn. The other 49% is millet, which cuts down on some of the natural sweetness you find in bourbon and provides some deep, spicy undertones. Also, the bottle looks great - which didn’t factor into our decision to include Koval, although it’s a nice bonus, especially if you have people in your life who enjoy receiving gifts. For something slightly different - but still not wildly expensive - Koval is a great choice. 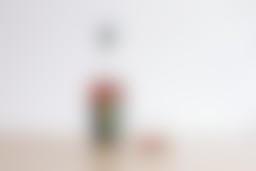 The bourbon with a following

If there’s anything that qualifies as a cult whiskey on this list, it’s Weller. And, for that reason, the price of this bourbon can fluctuate like gold or gasoline. But if you can pick some up, you should. Weller produces wheated bourbon - which means that wheat is the main ingredient after corn - and this gives their bourbon a smoother, brighter taste. Weller Special Reserve is one of their least expensive offerings, and it tastes sort of like a stack of pancakes covered in butter and maple syrup. Although that doesn’t mean it’s heavy or overly sweet. It’s surprisingly light, with a short, sharp finish. As we mentioned, prices can vary (from around $50-$150), but you shouldn’t spend more than $100 on this. If you want to spend that much, try Weller 107. It’s even better. 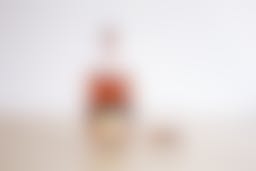 The bourbon to display on your bar cart

Unlike every other producer on this list, Barrell doesn’t actually distill their own whiskey. Instead, they buy their whiskey from other producers (not an uncommon practice) then age and blend it themselves. Their bourbons start around $100, and they make a few different kinds, which are, for the most part, distinguished by batch number. Batch No. 22 is pictured, although we especially like Batch 20. It’s made from both Tennessee and Kentucky whiskeys which are aged a minimum 10 years and bottled at 106.7 proof. Due to the high ABV, this bourbon has a bit of a bite at first, but once you get past that initial rush of alcohol, Batch No. 20 is surprisingly delicate, with notes of butterscotch and croissant (yes, croissant). If you need an exceedingly nice bourbon to place on your liquor cart, this is a great and interesting choice.