Benji Dell
December 7, 2020
Why I Grieve The Loss Of Four West Hollywood Gay Bars
And why I’m still hopeful for the future.

I’ll never forget the first time I went out in West Hollywood. I was 23-years-old, fresh out of the closet, and flanked by friends who insisted my time had come for me to take this rite-of-passage. I was f*cking mortified.

This was before Grindr and other dating apps allowed you to hook up at home without making it public, and though I had driven down Santa Monica Blvd. many times, that night was my first experience expressing my sexuality out in the open.

It was by no means a perfect evening. I was an awkward mess, my friend almost got locked inside a supermarket, and the guy I was kissing at The Abbey bit my lip because a go-go boy accidentally kicked him in the back of the head. I’m also not going to sit here and over-romanticize the neighborhood. West Hollywood can be an intimidating place - one that’s filled with its own set of damaging standards and prejudices. But it’s also a place where so many queer people find themselves in the majority for the first time in their lives. 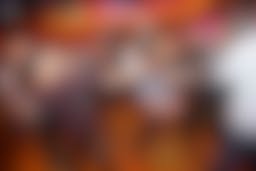 Growing up gay comes with tremendous obstacles, often leaving young people profoundly isolated. Out in West Hollywood where the queer community has power in numbers, that isolation is lifted, if only temporarily.

Gay bars and other queer spaces aren’t about drinking vodka sodas with friends and dancing to “We Found Love In A Hopeless Place” on loop (though those are fun perks). They’re about being able to do so in a place where you feel like you belong, and absorbing the confidence of those around you. That’s also why we grieve so much when we lose them.

As of publication, four West Hollywood gay bars have shut their doors in 2020: Gold Coast, Flaming Saddles, GymBar, and Rage. More are almost certainly on the way. It’s a devastating loss on many levels, but even more so when you consider the broad scope of queer people these venues catered to. Gold Coast was a 40-year-old Weho institution, known for dirt cheap drinks, longstanding regulars, and being the last true dive bar in the neighborhood. Rage, on the other hand, was Weho’s only 18+ club, filled nightly with college students and kids who drove in from the suburbs to experience queer nightlife likely for the first time. GymBar had become the defacto landing spot for every gay rec league I participated in. And Flaming Saddles (the famous NYC import) was arguably the most popular gay nightclub in town with go-go dancers I’d pay to watch in a Cirque du Soleil show. 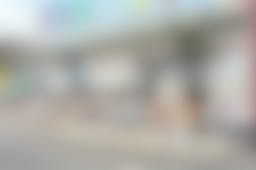 Rage Nightclub in the 1980s

I’d be lying if I said any of these bars were my favorite. But without them, I’m not sure if I’d be the same person I am today. I met my first boyfriend after a dodgeball game at GymBar, and on June 26th, 2015, I danced and cried all night with friends inside Flaming Saddles, because the Supreme Court decided I could have the same rights as straight people. When queer spaces close, it’s more than just a loss of employment and/or a favorite dance floor. It’s about losing a place we depend on to safely celebrate being who we are. I’m saddened that a new generation of young queer Angelenos will have four less outlets for unabashed revelry.

Here’s the good news - there are still queer spaces in West Hollywood and LA. The Abbey is still a juggernaut, I continue to order to-go margs regularly from Casita Del Campo, and there are reports that GymBar is reopening in a new space down the street. Here’s the even better news - the queer community will survive. West Hollywood and other LGBTQIA+-dominant neighborhoods around the country will shift and no doubt look a bit different when this is all over, but new spaces will emerge and a new generation of queer people will fill them. Just like we always have. 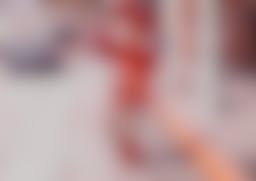 Ongina // The Abbey
Advertisement
You'll need a better browser for that!
Upgrade to Chrome and start finding Restaurants.
We use cookies to personalize content and advertisements, provide social media features, and analyze traffic to our site and apps. We may share information about your use of our site with our advertising and analytics partners. Read our Privacy Policy for more information.
Accept Cookies