June 28, 2021
Susan Feniger On Coming Out & Where To Have Breakfast With Your Toes In The Sand
The accomplished chef talks about her coming out process, a story you have to read to believe. Plus, she shares her favorite restaurants in LA.

Susan Feniger knows a thing or two about LA restaurants. After all, she’s been a restaurateur and chef here for over 40 years, having created such spaces as City Cafe, Street, Mud Hen Tavern, and of course, Border Grill. She’s been awarded a Lifetime Achievement Award by the California Restaurant Association and appeared in almost 400 episodes of her massively successful Food Network show, “Too Hot Tamales.”

Nowadays though, you can find her hanging out on the Westside with her wife, Liz, eating at local spots, and running her newest Santa Monica spot, Socalo. She’s also a fervent activist and serves on the board of the Los Angeles LGBT Center.

In June 2021, we sat down with the LA fixture to talk about her coming out process, advice for young queer chefs, and where to eat in LA.

This interview has been edited for clarity 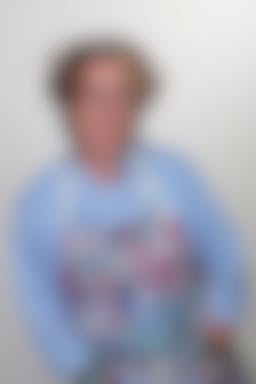 Let’s jump right into it. You’ve had such an incredible career, four decades in LA alone. And in the middle of all that - you came out. Talk to me about that process, particularly during a time when coming out wasn’t immediately embraced. How did you navigate that while still making it such a part of who you are and the food on your plate?

SF: Well, my story is different from many because I came out later in life, and it never occurred to me until it did. And when it did, I didn’t even hesitate. I was working in Kansas City at the time - married to my husband who I had known since 5th grade - and there was a bartender and I just became completely intrigued by her. One night we ended up kissing, and I was like, oh, my God. I had to explore this. I had to see what it was, so I moved into her apartment.

SF: I know it was crazy. And two or three days later my parents called me screaming, but you know what? It didn’t really even faze me. There was a closeness and friendship with my husband and his family, so that was difficult, but as far as coming out, it wasn’t an issue emotionally for me. I never looked back. But I was persistent in staying friends with my husband.

How did that go?

SF: Well, I’d say maybe seven years later, I told Mary Sue [Milliken] - my business partner who I had met in Chicago - that she dates the most ridiculous men. Truly, so weird. So I told her, “You should meet my ex-husband”. Fast forward to today - they’ve been married 37 years and I’m the godmother of their children.

That can’t be real.

SF: It is. He was the architect for all our restaurants up until Street and even helped design Liz and I’s current home. Who, by the way, was the bartender in Kansas City. 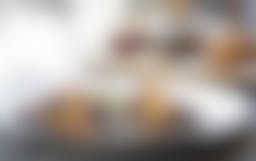 Well, that’s as good of a story as I’ll hear today. Now, everyone’s coming out process is of course different and challenging in extremely different ways. What advice do you have for queer chefs and writers that are beginning their careers right now?

SF: I think authenticity is what it’s about for me. When people are real and down to Earth, no big egos and you’re being honest and straightforward - I think people connect to that. And if you’re in your career and hiding something, how do you really bring your best game?

I want to talk briefly about your work at the Los Angeles LGBT Center.

SF: I’ve been on the board there for about 15 years and even during meetings and retreats now, I just lean back and think to myself, how did I end up on this board? Because the work the Center does is just so impressive. Truly incredible. And now at the new Rosenstein campus in Hollywood, we’ve put in a test kitchen for culinary classes and Liberation Coffeehouse, where both youth and seniors can learn how to cook, roast coffee beans, and benefit from the structure and camaraderie that comes with being in a restaurant setting.

I’ve spent some time at the new campus as well - it’s a very special place.

SF: It’s the largest LGBT center in the world - over 10 campuses - but there are only 25 of us on the board. So I’m incredibly honored to be there, and I feel a huge responsibility to it, because I get so much back from it. 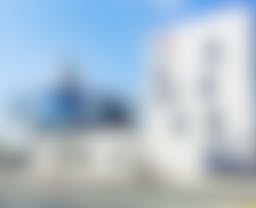 I want to pivot here real quick and talk about the LA food scene. You’ve been a part of it for over four decades now, what are some of the biggest changes you’ve seen? For better or worse.

SF: One thing that’s really noticeable is the amount of farmer’s markets there are compared to back then. When we first opened Border Grill, I couldn’t find things like ancho chilies or chipotle chilies. Now, you can walk into any market and find whatever you need. They’re everywhere and available to everyone now.

So it’s really about accessibility.

SF: Absolutely. Also, when I first came here, modernism was somewhat unusual. It was sort of the beginning of California cuisine along with Alice Waters, but up until that point - as far as big ticket, well-known restaurants go - you were basically looking at French and Italian food. That’s it. So that’s been a huge shift - and definitely one for the better.

To get a better idea of where Susan Feniger eats around the city, we asked her to share a few of her favorite LA spots with us.

Back on the Beach Cafe 445 Palisades Beach Rd 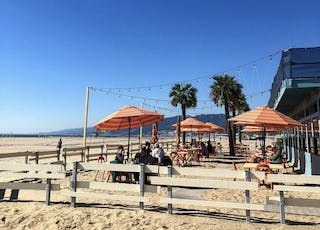 “Paul, who is the owner, his parents started it - I think he’s one of the best restaurant people in the city. He’s got the best personality, he’s the sweetest guy. I love that place, it’s got a great energy.” 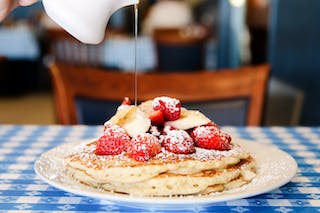 Liz, my wife, was a singer-songwriter, which made me fall in love with her. She would sing everywhere from big band shows to bar mitzvahs. So, because they had live music every night, we used to go to Bandera. They always had a live jazz band and great service. But they’re closed now. They aren’t going to reopen after Covid, which is too bad, because they were always so busy. 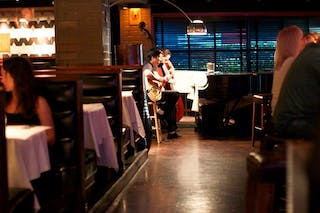 “We live on the Westside now, but the Eastside has such fantastic, interesting restaurants. We love Botanica, all their food is great. I love the crudité plate they did, they had that hummus-y thing on the bottom and their use of fennel fronds. And I like the casualness of it.” 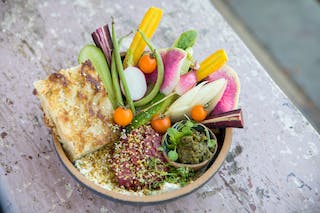 “It’s a catering company, but if you’re wanting fried chicken, greens, and gumbo, they’re fabulous. I absolutely love Kimberly who runs it, I love her personality and it’s just a great business to support. If you’re throwing a party or want to throw food in the freezer, go to Alice’s.” 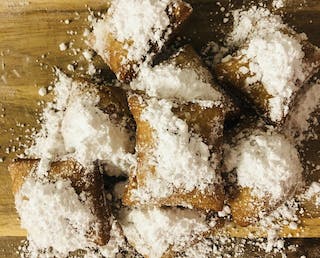 Where To Eat When You’re Feeling Sad And Might Need To Cry
We’re fine! We really are...