December 7, 2020
My First Year In Food Media, I Had A Front Row Seat To Its Transformation
I started my first job in food media during the pandemic and a nationwide racial reckoning. Here’s what I saw.

My first day at The Infatuation was March 16th, 2020. I was San Francisco’s new Editorial Assistant, and it was my first job writing about food. It was also the same day that shelter-in-place was announced in the Bay Area, the day everything turned on its axis. What I didn’t know then was that I would end up having a front-row seat to a transformation in food media, and the restaurant industry.

My first few months were a blur of takeout and delivery guides, meal kit roundups, batched cocktail lists, and brainstorming ways to support as many restaurants as we possibly could. Any other year, the job would have been a more social one: eating at different restaurants every night with co-workers, friends, and family, and commuting to an office every day. Instead, I got to know San Francisco’s vibrant restaurant scene through dishes served to me in cardboard boxes - which I frequently ate alone in the driver’s seat of my Honda Fit. I started to come to terms with how the pandemic had altered every facet of life, and fell into the groove of my new normal. 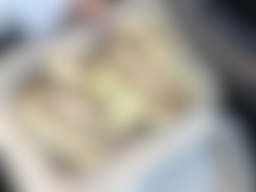 Then came George Floyd’s murder in Minneapolis on May 25th. Conversations about racial and social inequalities were happening everywhere, and I saw people start to examine their own complicity in white supremacy. The racial reckoning was sweeping - and restaurants, who were already struggling because of the pandemic, were hardly spared. Stories about racism, misogyny, and homophobia in restaurant kitchens across the country flooded my Twitter feed, inbox, and Slack. It was the same with food media. An industry dominated by white leadership was finally forced to grapple with its history of exclusivity. Through articles - and in large part, social media - things like pay gaps between white and BIPOC employees, tokenization of people of color, and flat-out racism at food media publications were publicly exposed.

During those weeks, I was glued to my phone, waiting for the next story to break. Restaurants, including ones I’d written about on our site, posted Black Lives Matter messages on Instagram and were quickly called hypocrites. Comments about toxic work environments and racist practices came in droves. How complicit had I been in supporting these places? I was part of food media now, and the power and responsibility to write about restaurants with intention and care belonged to me. It was on me to uplift BIPOC-owned restaurants and do thorough research on a restaurant’s histories before writing about them - things food media, The Infatuation included, had failed to do in the past.

That realization, combined with my frustrations with the divisiveness I was seeing across the country, drove me to try and channel my energy into something productive. I joined a group of BIPOC co-workers in writing a letter that called out everything from internal microaggressions at The Infatuation to the blatantly racist and culturally insensitive reviews that were on the site. Reading those reviews was disappointing, to say the least. But our letter sparked conversations within the editorial team about what diversity and inclusion in our content look like, what it means to be an “Infatuation restaurant,” and needing better research practices. Since then, I can already see how more intentional we are with our work - a significant win in my book.

Through all this, I’ve been trying to soak up as much as I can. Having just entered the complex, nuanced world of food media, I’m still playing catch-up. But I also feel lucky to be a part of so much change - and to have so many brilliant BIPOC writers and editors to look up to, both within and outside of The Infatuation, whose incredible work has laid so much groundwork for the transformation that’s happening right now.

When I think back to where The Infatuation was when I started back in March, I see how much has changed, and how the job I’m doing now is much better than the job I signed up for. It’s humbling to see so many people reimagining what a restaurant is, who it serves, and what it can be - and to get the opportunity to write about it all. And it’s both overwhelming and exciting to think about how much I have left to learn. So until the pandemic is over, or at least until it feels normal to sit down in a restaurant again, I’m happy to keep eating my way through San Francisco, takeout containers and all - knowing we’re moving in the right direction.