15 spots that want to say hi to you again this Pride Month.

For a few years, Pride Weekend coincided with a huge (and positive!) decision from the Supreme Court. This year, though, Pride Month, comes hand-in-hand with an entirely different development: the full reopening of nightlife in California. As of June 15, most restrictions fall to the wayside, so whether they were running parklets and takeout during the pandemic or shuttered entirely, most of San Francisco’s LGBTQ+ hotspots are about to reopen in force. Below you’ll find 15 precious places that have endured both the economic fallout from COVID and the general disappearance of queer spaces nationwide — and they’re eager to welcome you back. 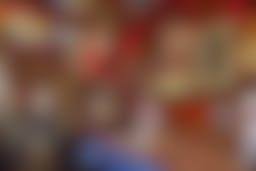 LGBTQ-owned since Pat Ramseyer and Nancy White bought it in 1962, this theatrical Bernal Heights den isn’t exclusively a lesbian bar. (There are only 15 of those left in America, by some estimates.) Rather, it’s more of a dyke-centric neighborhood spot with cocktails sourced from the farmers market and two big draws: a bric-a-brac-filled interior that looks like it was decorated by your eccentric aunt who taught you how to inhale, and a vast outdoor garden perfect for the kind of flirting you might find in a Jane Austen novel. 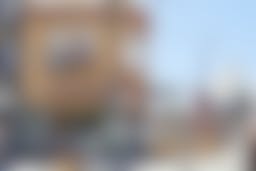 Yeah, yeah, we know: the Glass Coffin. But that catty-sounding nickname — it was the first gay bar in San Francisco to have plate-glass windows that let passersby see who’s inside, and the patrons skew silver — is one the regulars willingly share. Grand and ornate, Twin Peaks is by extension the best place to sit and watch the increasingly lively Castro street scene. Second only to Buena Vista Cafe as a place to order an Irish coffee and chat with a bartender, it’s also got a semi-secluded mezzanine where you can often smell Hot Cookie’s treats next door. 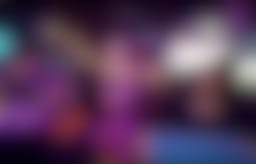 The great mystery of the pandemic - why hasn’t the Eagle, with all its outdoor space, opened? - is set to be answered on June 15, when the massive SoMa leather bar is scheduled to let everybody back on the patio. Somewhat cavernous on a random weeknight, it’s great for punk shows and karaoke, but best for the Sunday beer bust, that raucous weekly benefit where $15 gets you barbecue and all the Miller Lite you can drink in the company of muscle daddies and wonderful weirdos. Along with Eagle Plaza, the centerpiece of the burgeoning Leather and LGBT Cultural District, the bar’s impending landmark designation shows that City Hall understands what it’s got here: a civic treasure. 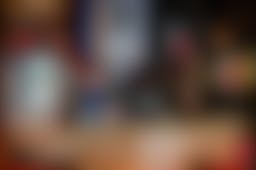 Whether you’re butch or femme or faux-butch or whatever, there’s something and someone for you at the Lone Star. Nowhere near as massive as the Eagle but guaranteed to be fun virtually any evening of the week, this mainstay of SoMa biker and leather culture has a pool table, a stable of top-notch DJs, and plenty of occasions where you don’t even realize how chilly it really is because the backyard’s collective body heat takes care of you. It’s a dive, to be sure, and after months of hibernation, S.F.’s bears and cubs have been pawing to get back in. 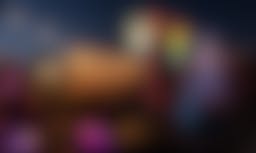 D’Arcy Drollinger’s six-year-old drag club nearly flatlined during COVID, but a 12-hour telethon-style fundraiser defibrillated it to the tune of $268,000, and Drollinger confirms that the Oasis is ready to reopen in earnest on June 26 with a Pride party starring most of San Francisco’s drag royalty. Sporting a fresh mural of Sylvester, the Queen of Disco, this club with two rooms, a proper proscenium stage, and a separate rooftop bar has never ceded its title as the pre-eminent venue for all kinds of drag, from realness to bawdiness to the avant-garde. Humbly offer your performer (of any gender identity) a couple of dollars and hope their nails don’t scratch you as they snatch it. 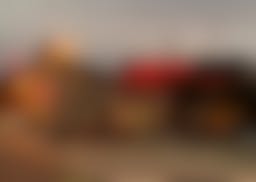 Why is Lookout consistently ranked among the most beloved queer bars in the city? It’s probably the location, a second-story perch surveying a massive six-way intersection in the Castro and all who sashay across it. But it could also be the way the kitchen at this incomparably vivacious locale churns out carnitas tacos, Tex-Mex queso, and “deep-fried bourbon shots” - fries with bacon-caramel sauce - alongside the boozy slushes and actual bourbon shots served at the bar. Drag brunch Lips and Lashes is set to resume in July, but in the meantime, enjoy Lookout’s ground-level expansion into Noe Street, whose occasional closures to traffic is one of the best things to happen in the Castro in a while.

As its slightly goofy portmanteau name indicates, Martuni’s is all about compositions, both on sheet music and in cocktail glasses. Every city needs a piano bar, and because it lies within walking distance from the symphony-opera-ballet complex, it’s where you’re likeliest to find performers and patrons coming together after a show. (And regarding those martinis, they’re served by genuine cocktail servers and they err on the side of spine-stiffening.) Whether it’s Cole Porter standards, a jazz night, or a true sing-along, this curtained, Art Deco-accented bar is where tried-and-true Friends of Dorothy can be found. 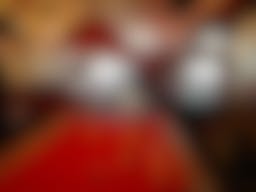 LGBTQ+ spaces have been vanishing for a long time, but few subspecies are rarer than the neighborhood gay bar. Trax, really the only queer hangout north or west of the Castro, is about as chill as they come. Perhaps best enjoyed after some vintage shopping or on a bar crawl through all the watering holes on Haight Street with good bones - this building dates to 1940 - Trax opens at noon with barrel-aged Manhattans and Vieux Carrés. And in a city struggling with displacement and gentrification, low-key glamour like that may be exactly what keeps this place going in perpetuity. 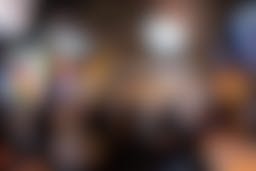 A gay sports bar was practically a contradiction in terms when Hi Tops opened in the Castro nearly a decade ago, but no one should doubt the near-universal appeal of corn dogs and a pork-chop-on-a-stick. Whether you shout at the TV during the entire NCAA tournament or whether it’s all sportsball to you, this convivial spot is for everybody, with trivia nights and Thursday “gym class” (go-go night, in other words) set to return in the weeks to come. Pitchers, catchers, and hapless souls who were marooned in right field because their dad made them play baseball all fraternize over beers at Hi Tops. 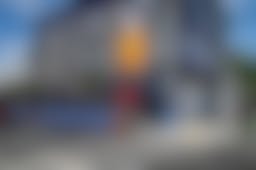 Of course the sexiest space in San Francisco sits at the intersection of Folsom and Dore street, each named for an NC-17-rated street fair. Having changed with the times, Powerhouse has morphed from a men-only bar where you would find no small amount of naughtiness to an everyone’s-welcome atmosphere with some nights hosted by drag queens. (It’s still naughty, though.) Pigpen, the outdoor parklet, has kept things going the past few months but once Pride weekend rolls around, expect the jocks, singlets, and puppy masks to return in force at nights like Stank. 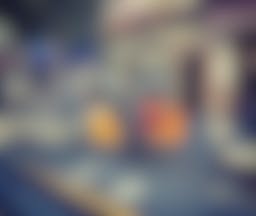 Are you a daddy? Do you aspire to be? Are you looking for one? Do you like to drink beer in the company of daddies? The bar that actually used to be called Daddy’s draws a largely bearded clientele for whom cargo shorts and tattooed forearms are the norm. Beery and friendly, 440 has plenty of shirtless go-go boys and an underwear night on Mondays, but by opening at noon it’s also the spot for the funemployed set to day-drink margaritas. If you’ve hung out in the Castro long enough, your coin jar has probably accumulated more than a few drink tokens from here, too.

Is it a gay bar? Is it an Irish bar? Well, it’s neither and both: a majority Irish-owned, majority LGBTQ-owned venue named for a gay Irish humanitarian. But more importantly, Casements is a proper pub whose kitchen serves fish-and-chips and curry cheese fries en masse, with a curated cocktail list, excellent local beers, and the ability to make frozé feel elegant. It’s also been the hottest thing going in the Mission since shortly before the pandemic, and for good reason. A whiskey club, a back patio that feels like the V.I.P. section at a music festival, and a queer-friendly ambiance all conspire to make Casements among the most hospitable bars in the city. 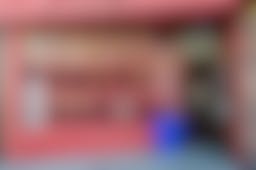 Polk Street has all but been annexed to the Marina, but once upon a time, there was a hustler-filled gayborhood called Polk Gulch — of which the Cinch is the sole survivor. Still, the relaxed, amiable dive and its unshakeable 1970s vibe continue to flourish on Polk as it has for decades. Known for going all out on the Star Wars decor on May 4, and for that never-not-startling illustration of a lion mounting a man, this beer-centric bar may not throw the trendiest parties, but it’s a plucky institution without another queer bar for miles around. No cannabis on the patio, please, but Bob’s Donuts is only a block away. 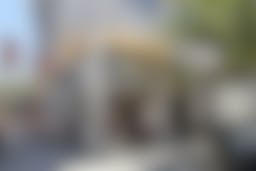 Few bars have thrived during COVID as the Edge has. Having expanded into not one but two parklets, it has cemented its position as the Castro’s default Happy Hour destination on a tree-lined corner at the neighborhood’s true edge. But make no mistake: The Edge will always be for musical-theater geeks and show-tune queens, with nights like Musical Mondays and Dirty Musical Sundays alongside socially conscious live entertainment like all-trans drag shows plus drag brunches. If you like to watch Drag Race in the company of people who can cite the previous seasons’ mini-challenge winners with savant-like precision, The Edge is for you. 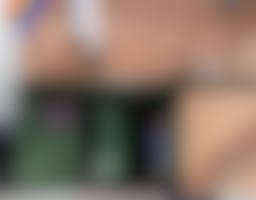 The last queer bar in a neighborhood once bursting with them, Aunt Charlie’s is living history. Directly across the street from what was once Compton’s Cafeteria, the site of the 1966 uprising by Black trans women that helped launch the modern LGBTQ+ rights movement, it’s also an unfailingly working-class hangout with quintessential Tenderloin characters and impossibly strong, impossibly cheap drinks. A carpeted dive narrow enough that you can touch the bar with one hand and the opposite wall with the other, it’s home to the Hot Boxxx Girls, a troupe of older drag performers who, as well as the Tubesteak Connection, DJ Bus Station John’s re-created disco and SF’s longest-running gay party. 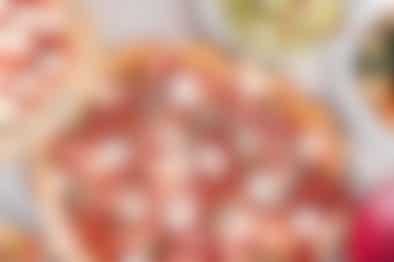 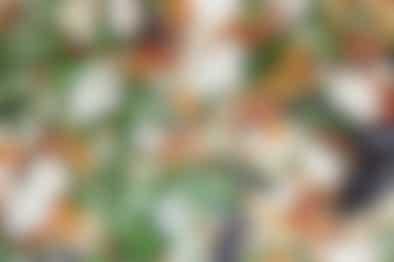 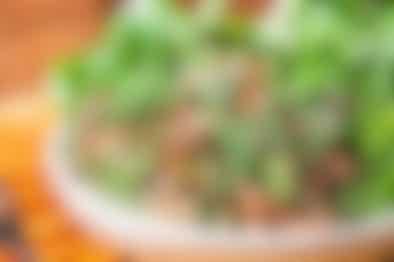 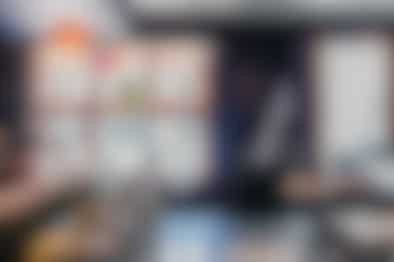 Eating your vegetables has never been so fun.
Restaurant Finder