Eric Wolfinger
April 1, 2021
Get To Know The Women Behind La Cocina’s New Marketplace
Set to open April 5th, the marketplace is the latest project from the nonprofit incubator that helps women of color grow their food businesses.

On April 5th, a highly-anticipated new food hall is set to open in the Tenderloin. The La Cocina Municipal Marketplace will be home to seven women-led food stalls serving everything from jerk chicken tacos to organic baobab juices - plus one more kiosk where other La Cocina businesses will pop up on a rotating basis.

The project, which has been a few years in the making, is spearheaded by La Cocina, the SF-based nonprofit incubator that helps BIPOC, low-income, and immigrant women formalize and grow their food businesses. Pandemic-related delays pushed back the marketplace’s original opening date, and when it finally opens in April, it’s set to become the country’s “first women-led food hall.” 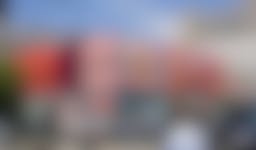 La Cocina has been around since 2005, and has helped over 120 women launch their own food businesses by providing them with mentorship, commercial kitchen space, sales and catering opportunities, and more, all while focusing on community, social justice, and equity. While the marketplace gets its finishing touches before opening to the public, the entrepreneurs are already inside, cooking meals for vulnerable and food-insecure communities in partnership with nonprofits like SF New Deal and the Tenderloin Neighborhood Development Corporation.

Supporting those who live in the Tenderloin, a neighborhood that’s been historically neglected and underserved, is a huge priority for the entrepreneurs at the marketplace. Every day, the marketplace will offer a daily-changing $5 meal in an effort to make their food affordable and accessible. Each stall will take turns curating and cooking the plate.

“How can we make this community that’s been hurt and damaged for so long thrive?” said Teranga owner Nafy Flatley. “Food is such a good vehicle to use to facilitate community and bring people together.”

When it opens, the marketplace will offer takeout and delivery - and eventually you’ll be able to sit down inside. Until then, you can get to know the seven entrepreneurs who will kick off the project.

Maria del Carmen started Estrellita’s Snacks over 15 years ago in the Mission, where she began selling her homemade plantain chips. She was also one of the first entrepreneurs to work with La Cocina back in 2005. These days, you can find the plantain and yucca chips, and her pupusas and tamales, in grocery stores and farmers’ markets around the city. The business is now run by her daughter, Estrella Gonzalez, a third-generation entrepreneur (her grandmother ran a fruit business in El Salvador) who’s looking forward to following in her mother and grandmother’s footsteps. “It’s a dream come true to have a place where people can find us and enjoy our Salvadoran food,” Gonzalez said. Once the marketplace opens to the public, expect to see an expanded menu with more offerings, like guisados and soups. 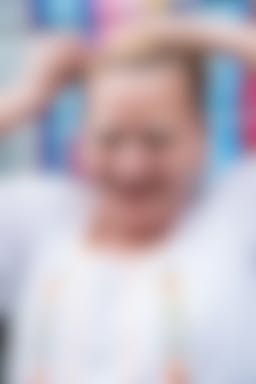 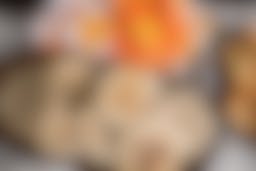 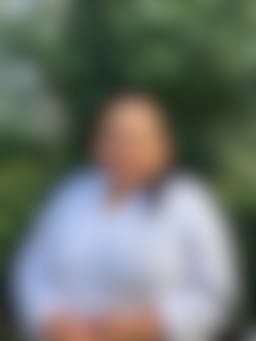 “At culinary school, I realized there wasn’t really a place for Black women in the kitchen,” said SF native and Boug Cali owner Tiffany Carter. “[The experience] pushed me harder to really start working on my business.” After attending Le Cordon Bleu, Carter began selling her Creole food at pop-ups around SF, and in 2018, she connected with La Cocina. From there, she formalized Boug Cali as a business, later opening up a concession stand inside Chase Center. At the marketplace, Carter will serve her most popular dishes, like gumbo, po’boys, and jerk chicken tacos. “It feels really good for me to be able to inspire other young Black women,” she said. “They [too] can open up a restaurant in San Francisco - and actually have support. I’m hoping to pave that way.” 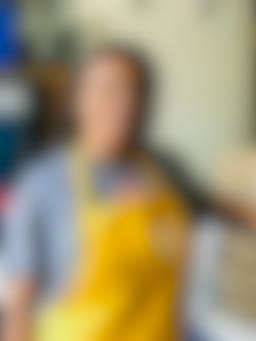 When Los Cilantros owner Dilsa Lugo moved to the Bay Area from Mexico 15 years ago, she set out to open her own restaurant that prioritized homemade tortillas and salsas. “Back in Mexico, I always cooked with my mom,” Lugo said. “And in my house, we always had homemade tortillas. There’s a huge difference in flavor.” In 2014, she opened Los Cilantros in Berkeley, and the Mexican restaurant still makes its own tortillas every day. Lugo also cooks everything else from scratch, focusing on organic ingredients and working with local farms when she can. This trend will continue at the new marketplace kiosk, which will serve enchiladas, chile rellenos, and tostadas topped with ceviche, chicken tinga, and more. 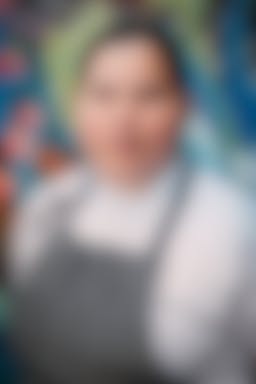 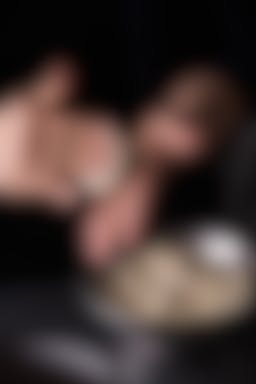 How can we make this community that’s been hurt and damaged for so long thrive? Food is such a good vehicle to use to facilitate community and bring people together.

At Teranga, owner Nafy Flatley makes everything using organic ingredients, whether it’s hot dishes like maafè and flatbread topped with squash, za’atar, and feta, or juices made with African and Senegalese superfoods. Growing up in Senegal, she started cooking at a young age - and she’s incorporated the recipes and techniques she learned from her family into dishes at Teranga. One of her goals as a chef and business owner is to create and serve healthy, nourishing, and comforting meals. “What goes in our body needs to be known and nutritious and flavorful,” Flatley said. “At Teranga, we will not compromise the taste and flavor for anything else.” 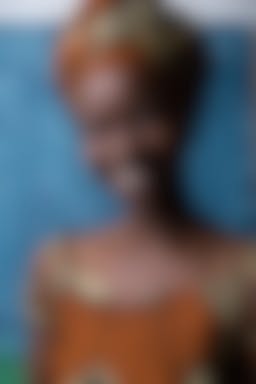 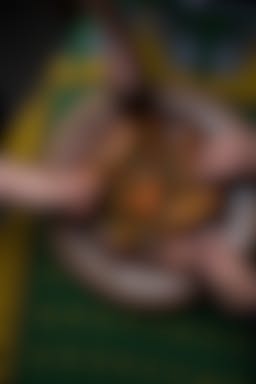 Guadalupe Moreno’s Mi Morena specializes in guisados, or stewed meats, which she’s been serving out of a food truck for about two years. Pre-pandemic, you could usually find the truck at Off The Grid or other farmers’ markets. “I want to bring my flavors to San Francisco so the community gets to know the different dishes that come from Mexico City,” Moreno said. “… [Guisados] are different from what people are used to when they think of Mexican food.” When Moreno’s stall opens in the marketplace, she’ll continue to serve a variety of guisados by the pound, from tinga de pollo to pastor, all on homemade tortillas. 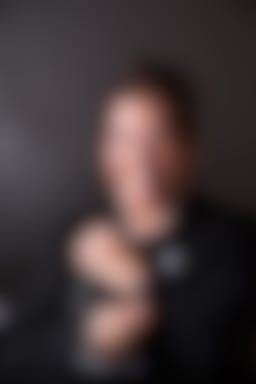 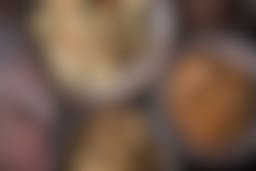 One thing Wafa Bahloul wants you to know about Kayma is the name means nomadic tent in Arabic - and it’s the guiding ethos of her Algerian eatery. “You take this tent with you wherever you go. It’s like a home,” said Bahloul, who co-owns the restaurant with her husband Mounir. “Each tent you go to, there’s plenty of food to share. And they welcome anyone with hospitality and warmth and love.” At their marketplace kiosk, you can look forward to seeing a variety of halal North African dishes, like berboucha (a couscous dish with braised beef), grilled merguez, or baklawa for dessert. 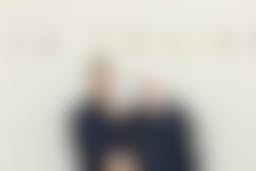 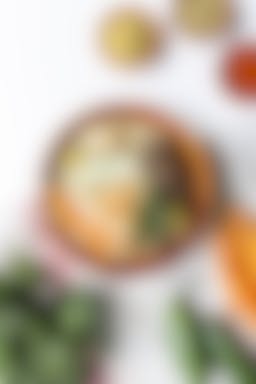 You’ll have to wait until indoor dining resumes at full capacity to enjoy turkey, veggie, and lamb momos at the Tenderloin marketplace - Bini’s Kitchen won’t be offering takeout and delivery in the initial opening. (You can still order takeout from their locations in SoMa and at the Ferry Building farmers’ market). And even though it may be a couple of months until her marketplace kiosk opens, owner Binita Pradhan is excited to provide nutritious, affordable meals to the Tenderloin community - especially through the marketplace’s $5 meal program. “I’ve realized that everybody has a false idea that all good food cannot be affordable and has to be expensive to be healthy. But it’s not like that,” she said, noting that while she’ll tweak the size of her $5 plate, she won’t sacrifice quality. “Anybody can eat our food and it’s still affordable.” 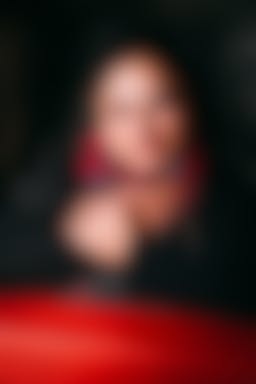 Get To Know The Women Behind La Cocina’s New Marketplace
Set to open April 5th, the marketplace is the latest project from the nonprofit incubator that helps women of color grow their food businesses.

6 SF Rooftop Bars & Restaurants Open For Outdoor Dining
Where to have a drink and some food on a roof today.

5 SF Public Art Installations To Visit (And What To Eat Nearby)
Where to get katsu chicken sandwiches, dumplings, and beef noodle soup after you look at some art.