Jakob Layman
November 2, 2020
6 Restaurateurs On The Far-Reaching Effects Of The Northern California Wildfires
Beyond the flames, the agricultural and economic impacts will be felt for a long time to come.

Since the disastrous fire season of 2017, restaurants in the Wine Country and Bay Area have confronted the impacts from annual wildfires, whether it’s flames at their doorsteps or smoke-filled air keeping diners home. Beyond the immediate dangers of the wildfires themselves, degraded air quality from smoke can affect the health of staff, not to mention the yield from sensitive grapes and other crops at area vineyards and farms.

This year, the fires ignited even earlier than expected, and devastating blazes swept through California, burning more than 4 million acres - already a record for a single fire season. Napa’s revered Restaurant at Meadowood was one of a handful of vineyards and culinary landmarks in Wine Country that burned to the ground, representing another layer of tragedy on top of the ongoing COVID-19 pandemic. We spoke with Bay Area chefs and restaurateurs about how the fires have affected their customers, staff, purveyors, and bottom lines.

To read even more, check out Zagat Stories. 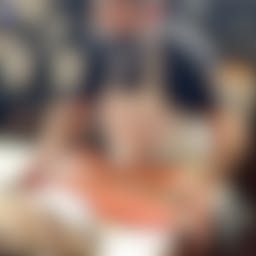 “We’re all part of one big family in Northern California, and we are, especially at Nopa, heavily reliant on our farm partners. Two weeks ago, I showed up at a market in San Rafael where I go every Thursday, and there’s a very cool farm called Triple T Ranch. I got there and was looking for their usual tent with tables laden with beautiful end-of-summer produce, and they weren’t there because they burned down, which is horrifying.

“Farmers don’t make a ton of dough. They are heavily reliant on farmers’ markets and sales to restaurants, and if anything goes left or right, they’re in big trouble. Their margins are razor-thin like ours, but much more weather-related. This is a nice young dude with his family plot with three houses on the plot - the home he grew up in, which is now his dad’s house, his own home, and his sister’s home - all gone, tractors, seeds, equipment. Luckily, some of the fields were left, so they actually showed up to the next market, but with a quarter of the produce.

“This is one of many, and not to mention the wineries that have gone down, or the grape growers, the vineyards that are telling us that they don’t know anything about this vintage and what’s going to happen. And they’re still fighting 2017, 2018, 2019 smoke damage. It’s pretty serious.

“The other side is we’re friends with a lot of the restaurants in Napa, in Sonoma. My wife, in fact, has almost 100 percent of her family in Sonoma County, and she’s had cousins, aunts, and uncles that lost their homes in 2017, and now were evacuated. We had family members staying in our house this past couple of weeks because they had to avoid this, or they were being evacuated. So it really is close to home. It’s not just an idea. It’s affecting us very, very much daily.” 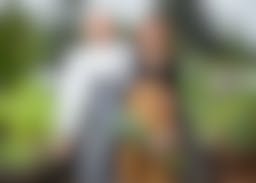 Kyle Connaughton: “One of the really dramatic impacts has obviously been on our winemaking up here, which is separate from the restaurant for sure, but it does definitely affect us all. When we see fires in October, all of the grapes are off of the vine. But this year, coming so early, most of the fruit was still out there. A lot of the grapes are impacted. At the restaurants, it had such a big impact because we don’t have indoor dining at all in Sonoma County - we’re 100 percent outdoor.

“We’re serving our menu outdoors at Kistler Vineyards, and then we have a rooftop wine bar operating right now back at SingleThread. So, any time we have fires or smoke, not only do we not have staff working or guests visiting because of the closures and difficulties of traveling, but also, since we’re serving outside, we have to have good air quality. I think we closed five different times, sometimes for over a week and sometimes just for a couple of days. But that’s on top of already changing and doing things much differently because of COVID.”

Katina Connaughton: “This year we sailed through with minimal damage to our crops at the farm. I think it’s harder on the team. It’s hard to keep morale high when the air is very thick and unhealthy. We tend to go out and just do the absolute minimum to get the harvest in and anything that needs to be tended to in that immediate moment. Then we let the team go pretty early, because I just can’t risk them being out there. I feel it’s extremely unhealthy, and it’s just not worth it. It’s not worth jeopardizing anybody’s health over crops at this moment.”

Kyle: “It’s not just in Wine Country. It’s all over California and all over the western United States. Look at Oregon and the fires in Colorado. Now we have to write it into our business, knowing that you’re going to potentially have closures and that you’re gonna have interruptions. And it’s really about helping the team navigate that more, and sort of be prepared for that, and know what to do and where to go.”

Katina: “I think it’s undeniable that the spirit of Wine Country is pretty strong, and the community has really strengthened over the last few years. I feel that there is truly a bond between Napa and Sonoma County now after we have experienced these catastrophes together and have gotten through them, and everybody is just trying to do their part.” 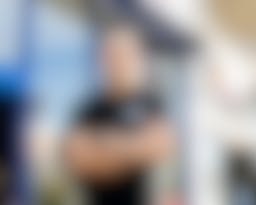 “We have the ability at Señor Sisig with food trucks to maneuver and do different things. Maybe move a truck into a different area that has better air quality. But a restaurant that has maybe one or two fixed locations, they can’t do that. You’re sitting and waiting until things get better, which this year with all of us having to go through coronavirus, it’s mentally challenging. You use all your energy, effort, and resources to try to figure out how to make it work, and then fire season comes, and now you can’t even go outside.

“It’s something that’s starting to become a seasonal thing for us here, but it did catch us a little off guard that it came so early. It really affects our business in two ways, where folks are not going outside, and then at some point, we have to make a decision on is it safe to go send our employees outside as well? So it could totally shut down the business, or it could just make business extremely slow.

“We definitely have conversations internally about it - are we going to close, and how we’re going to do that, because it’s a Catch-22. You don’t want to work, but you want to work when you need to work, right? You have to work, because you need the money. Do we go out so that we can continue to operate at least for employees? Where is that threshold? It’s a decision that we have to make on a case-by-case basis almost day by day.” 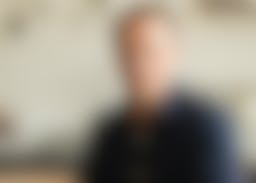 “In August, we had the first fires hit that came through on the east side of Napa, and then the entire state with all the dry lightning that really went up the West Coast. We joked it was like running a restaurant on Mars. It’s 113 degrees outside, we’re outdoor-only at the time, and the sky is filled with smoke. The biggest challenge is making sure people feel comfortable and safe, both from the staff and guest’s perspective. We actually closed on a fairly busy Saturday night in the middle of August with concern for the staff having to work outdoors, with the smoke levels the way they were. That took quite a toll on the business.

“Then September was good. We had indoor dining again, and I think everybody was really optimistic - we could actually have a harvest season. Typically September and October are the two busy months here in the valley. So if we could have a good September and October, maybe we could actually turn a corner here, especially before the traditionally slower winter months. And then, when the fires came through again, it was just hard to believe. Here we go again.

“The fire hit while people were still eating dinner and finishing their meal, and I’m seeing photos from my guys because I was actually off that night. I was like, ‘You guys have to get out of there.’ And I’m getting calls from my guys who are off that they’re getting evacuated. I think at one point half the staff was evacuated from their homes.

“What ends up happening, unfortunately, is that the general public feels like all of Napa burned to the ground. The media shows the worst-case scenarios and the worst places that have been hit, but there’s quite a lot of other places that aren’t. So for people who want to support us, the best thing that they can do is come here and continue to support the valley, continue to support the wineries. I always tell people, you wouldn’t really know standing in the middle of the valley that there was a fire a week ago. Yes, there are challenges, but they’ll be overcome as we have in the past.” 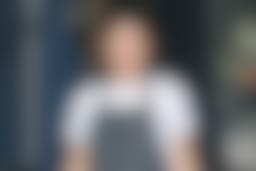 “We were doing about a third of the covers that we would normally do due to the pandemic, and the restaurant was barely breaking even. And then the wildfires happened. We made a rule to not serve people when the air quality index was over 100 in the unhealthy zone. So it was about four days in a row that we couldn’t serve - that we had to completely shut down, and we couldn’t serve anyone just for the safety of our guests as well as our staff.

“We go to the farmers market two or three times a week, and a lot of our usual purveyors aren’t there. It was honestly a really hard two weeks for everyone. Everything just shut down, and no one wanted to go outside. One Saturday, about half the farmers were there. We couldn’t get a lot of product that we expected. So we had to change our menu that night into something else. It affected everyone - restaurants and lots of small farms up in Sonoma and Napa County.

“This year was a total wildcard, but I think it did warn us for the future that this is the world now. This is part of California, and I think it’s very scary. The more prepared you are for something like this to happen again, the better. But it’s honestly out of your control.”

Where To Eat With Someone Who’s Cooler Than You
15 places to eat with someone who probably listens to better music than you.

6 New Things To Do & Eat In San Francisco This Week
Eat lasagna while bowling, check out a new bar, and more.

7 New Things To Do & Eat In San Francisco This Week
A Hawaiian-inspired pop-up, a one-day-only grilled cheese, and more.