SII LAA
June 25, 2021
15 Women To Watch Out For: Meet The Regarding Her 2021 Grant Recipients
A list of the 15 Regarding Her grant recipients, as an introduction to their missions, histories, and businesses.

One June 22, 2021, Los Angeles-based non-profit, Regarding Her (RE:Her) announced the recipients of its inaugural grant program. In partnership with DoorDash, a small committee from the hospitality and business world selected 15 female-identifying food and beverage entrepreneurs from a diverse pool of applicants across LA County. In addition to the $10,000 cash grant (to be used at the restauranteur’s discretion), each grantee also will receive access to consulting and mentorship from specialists in restaurant finance, HR, and PR/marketing.

“We are overwhelmed and moved by not only the volume of applications, but also the caliber and worthiness of each one,” says Lien Ta, a RE:Her Founding Member. “These women have overcome incredible hardships and are still so full of hope and ambition to keep driving their businesses forward, and we are thrilled that we can support our fellow business-owners in this small but hopefully impactful way.”

Below is a list of the 15 Regarding Her grant recipients, as an introduction to their missions, histories, and businesses.

The Grant recipients are:

Cuernavaca’s Grill is a second generation, woman-owned Mexican restaurant in the Arts District run by Nayomie Mendoza. “Many people in our culture migrate from other countries in search [of] the American Dream,” explains Nayomie. “With that being said, they have gone decades upon decades without a home-cooked meal. We strive to give you a taste of your mom’s kitchen, a taste of your native land. For many, a dish from Cuernavaca is the closest they’ll get to their mother’s cooking.” Her dishes have gained rapid popularity within the online food community, with her chile relleno recipe video garnering over four million views and was reposted by Food Network. “We strive for unity and authenticity. Our dishes are so big, they can feed an entire family. I mean, what brings you closer than eating from the same dish?” 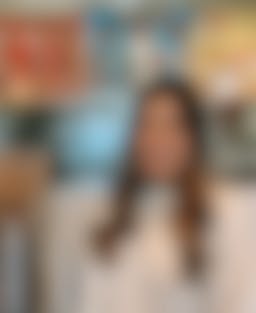 Delmy’s Pupusas is a third-generation, woman of color-owned business that uses fresh, farmers’ market produce to create unique Salvadoran dishes. Now run by Ruth Sandoval, who grew up assisting her mom at the Hollywood Farmers’ Market, Delmy’s Pupusas has introduced Salvadoran cuisine to major events like Coachella and Stagecoach, even creating a vegan pupusa recipe featured in the L.A. Times. 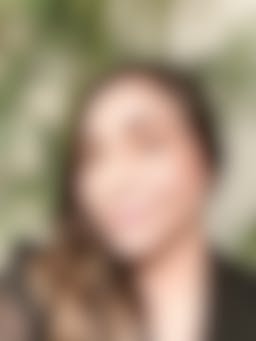 After winning Food Network’s Cupcake Wars twice, Jenica Braddock co-founded Dreamy Creations, a bakery in Northridge specializing in cupcakes and baked goods with gluten-free, vegan, and allergy-friendly options. Growing up, Jenica experienced many health issues, which influenced her passion for food education and agriculture, and now works to create healthier sweets for everyone - Dreamy Creations is intended to be a one-stop-shop where the entire family can enjoy their favorite dessert. Now the CEO of the company, she believes in equal opportunity for all and is committed to serving her community, in the hope of making a positive impact on the world in every way possible. 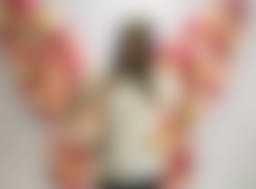 Gelateria Uli, or Uli’s Gelato is a woman and immigrant-owned gelato production facility with two retail stores in Downtown LA and Mid City. “Our goal is for our gelato to taste and look like Los Angeles,” explains founder and recipe-developer Ulviyya (Uli) Nasibova. Frustrated with her lack of options in her home country, Azerbaijan, she moved to the U.S. at just 16, where she then accepted a full scholarship from the Colorado College. Now, at Gelateria Uli, she serves a variety of frozen flavors inspired by Los Angeles, seasonal produce, and her own personal favorites, including dark chocolate sorbet, coconut lemongrass, roasted poblano, and Jamaica agua fresca, with many more on rotation. 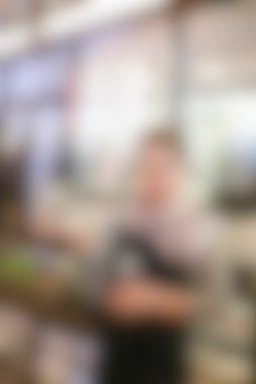 Growing up in South LA, Denice Mendez never imagined that one day she’d be an entrepreneur. Now, she’s at the head of Moderno Cocina, a full-service catering company working to introduce new Mexican flavors to Los Angeles. “As a Latinx woman with deep roots in both Los Angeles and Mexico, [I’ve] found great pride in providing opportunities to LA’s vast Latinx community to work and thrive,” Denice explains. “As [I] look to the opportunities ahead, that pride is turning into anticipation: to pave a way not only for [myself], but for other women of color with the ambition to build their own business.” 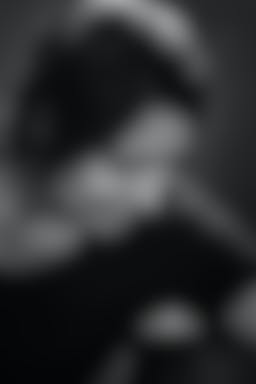 María del Carmen Salas was born on October 13, 1944, in Sinaloa, Mexico. At the age of 24, she moved to Los Angeles, where she would later open La Parrilla Restaurant in Boyle Heights. The celebrated Mexican restaurant is on its 43rd year of operations and offers both recognizable favorites like enchiladas and nopalitos as well as unique seafood specialties served on their namesake parrilladas, or table grills.

In 2016, Mayuko Easton teamed up with her husband, chef Jason Patrick Easton to open My Ramen Bar in Downtown LA. The two specifically wanted their shop to serve a local lunch crowd, targeting 30-minute business lunch go-ers in the same way ramen shops in Japan serve salarymen who need a quick refuel during their workdays. 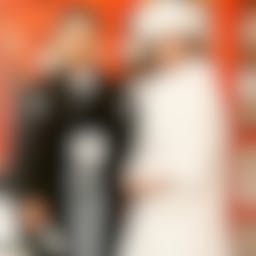 In 2008, at the height of the last recession, chef Monica May and owner Kristen Trattner opened Nickel Diner, a Downtown LA icon located in the heart of Skid Row. Featuring hand-crafted food, homemade jams and salsas, and excellent pastries, Nickel Diner worked to elevate the concept of “diner food,” and in turn, transformed a neighborhood. As two women running a restaurant on Skid Row, they knew it was important to understand this distinctive neighborhood and focus on inclusion, as opposed to exclusion. 13 years later, they created Nickel Diner Soup Kitchen, subsidized by donations that allow them to feed folks in need while simultaneously keeping their restaurant doors open. 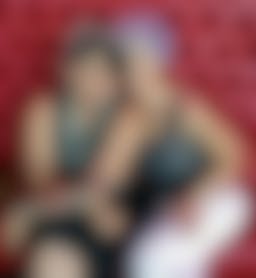 After travelling the world, teaching and promoting the martial artist’s way of life (the belief that to be productive and strong, the right food is an athlete, teacher, or worker’s most important fuel), Lucy Haro opened Qusqo, a family-run Peruvian restaurant in Santa Monica. Following Indigenous Peruvian traditions, which combines a blend of Spanish, African, Chinese, and Japanese cuisines, Qusqo’s menu is filled with plant-based sauces and Peruvian superfoods – the best method, Lucy’s found, for nourishing her clients’ lives. 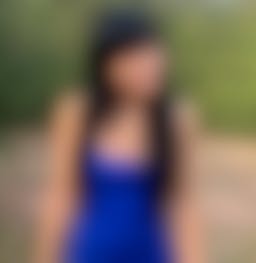 An intimate neighborhood Thai restaurant on the edge of Beverlywood, Si Laa proudly represents the teamwork and knowledge of three generations of women. Owner and chef Benjamas Yenbamroong has over 20 years of experience, first opening the restaurant back in 2009 with the help of her mother and her two daughters, Lynn and Nida. Many recipes are inspired by her grandma’s recipes and flavors that remind her of childhood, and are prepared in-house with high-quality ingredients sourced either locally or imported from Thailand. “Si Laa reflects Thai food as we know it,” Benjamas explains. “At the end of the day, Si Laa presents simply delicious food that seeks to offer the homestyle comfort of family.” 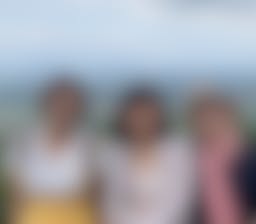 In collaboration with her husband, Jamby, Chiho Suzuki Martin currently runs Tatang, a popular Filipino restaurant in North Hollywood. The Japan-born entrepreneur was raised in Miyagi, a small coastal prefecture just north of Tokyo then moved to Los Angeles to study English, where she eventually graduated from CSUN with a Business Marketing degree. There, she met her husband and the two dedicated themselves to revitalizing the Filipino Food Movement. “2020 was a very challenging year and was a constant reminder to take each day one at a time,” said Chiho. “[I live] in accordance with Tatang’s most famous maxim: ‘Begin each day with a smile & end it with a song.’” 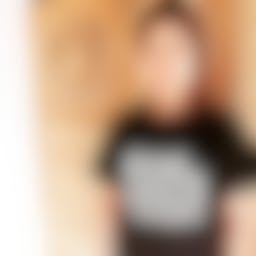 In 1983, Teresa Campos Hernandez opened a modest restaurant, wanting to serve the kinds of dishes she cooked at home for her children. From there, Teresita’s Restaurant became a staple of Zacatecan culture and cuisine in Los Angeles, serving Teresa’s (or Teresita’s, as she is commonly known) vision of the taste of Mexico and her home’s traditions. Through the restaurant, Teresa has provided scholarships to young women in local schools, assisted international organizations during disasters, and sponsored seniors in Tijuana, a testament to her commitment to serving her community. 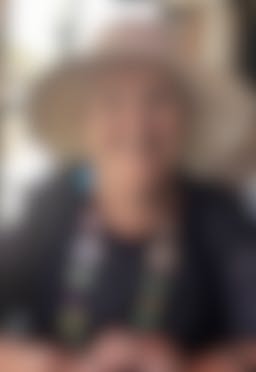 After immigrating to U.S. from Thailand at just 10 years old, Katy Noochloar and her family found their new home in California to be missing Thai flavors. So, her parents opened Chao Krung in 1969, a family-run spot on Fairfax Ave. that’s now one of the oldest Thai restaurants in the city. She went on to graduate from National University with an M.B.A. and now, not only owns and manages Chao Krung, but also runs [Tuk Tuk Thai] on Pico Blvd. and [Same Same Thai] in Silver Lake. “Seeing people enjoy [my] family’s recipes inspires me,” says Katy. “[I’ll continue to deliver an authentic, familial Thai experience to anyone who walks into [our] dining room.” 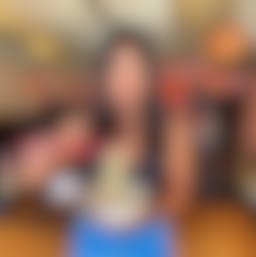 The Best Cuban Restaurants In LA
11 spots for Cuban sandwiches, pastelitos, and cafecito.