A half-hour queue to get a loaf of bread? That’s okay. Delivery driver delayed? That tip isn’t optional. Last orders called but no one to take your order? No problemo. Are we being sincere? To be honest, we don’t even know. But we do know that, at least for a bit this year, it was pleasantness > passive aggression. 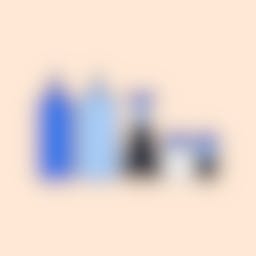 If you’re anything like us, then more time cooking in your kitchen this year led to an infatuation with buying more condiments. Ketchup’s reign is over. Your mayonnaise sits abandoned at the back of your fridge like the last hopeful to be picked for the football team. Sorry mate, we have a litre of sambal to get through now. Things probably started getting a bit out of hand around week six of lockdown. That’s when you bought a jar of organic aioli. The emotional highs you once experienced from dating, gigs, and trips to galleries have been replaced by necking hot sauce. You feel dangerous. You feel alive. You feel like a dragon has incinerated your tongue. Never mind, it’s something.

“Did you know you could freeze avocados?”, you say as if you have found out the secret to eternal youth. “Hummus too!”. Home cooking and those 20 aggro texts from a family member saying “IT’S THE APOCALYPSE, BUY THINGS THAT WILL KEEP” have led you to discover the untapped magic of your freezer. Now it’s full of restaurant prepared ready-meals and spherical ice cubes for your at-home negronis. Inevitably, when coronavirus fucks off, your freezer will be restored as a wasteland of forgotten vodka dregs and frozen peas you buy when your back hurts. But for the rest of your life, this icy knowledge will return to you unbidden - in the midst of a job interview, flirting with a stranger in a smoking area - and you’ll say “do you know that you can freeze nuts?” 2020, they’ll say, probably behind your back.

British society expects a lot from people. It expects you to wash. It expects you to like one of Oasis or Blur. And it expects you to eat peas with a fork, off like, a plate or something. 2020 has shown all this - from deodorant to salad servers - to be totally unnecessary. It turns out we’ve all been seduced. By industries. By the corporates. By Big Cutlery. Because if you can’t eat it with a spoon - or, better yet, with your hands (and possibly between two slices of bread) - is it even worth eating at all?

It turns out we’ve all been seduced. By industries. By the corporates. By Big Cutlery.

In the year that will go down in history as ‘The Great Mask-Up’, we learnt to savour the good times, but to never savour the taste of hand sanitiser. You know what we’re talking about right? Casually licking a little mustard off your finger, only to be met by the flavour of 1000 simultaneous shots. Yes, accidentally ingesting hand sanitiser became the palette cleanser none of us wanted. Even if you did briefly contemplate starting a lavender liquor company after sampling a restaurant’s fancy floral sanitiser alongside your tapas.

I’m going to the shop. If anything happens to me, don’t overfeed the cat. I love you, really I do. Sound familiar? In the first week of lockdown you bravely ventured out to the shop to buy your essentials (oat milk, wine, 82 bags of Doritos) with a bandana fashioned into a mask. You were Indiana Jones, armed with hand sanitizer. But then, as the weeks passed, these daring exploits became an opportunity to show off all that tatt you bought off Instagram.

Fashion Week takes place at your local bodega: cheetah prints to pick up flour for your banana bread, a corduroy two-piece to collect tom yum goong from the place at the end of your road. Then, as lockdown lifts, you start wearing ‘looks’ to the park. Are you strutting whilst sipping that batched bottle of margarita? Yes you are. Even the pigeons are impressed. Long live the ‘can’t-believe-I’m-out-of-the-house’ ensemble. 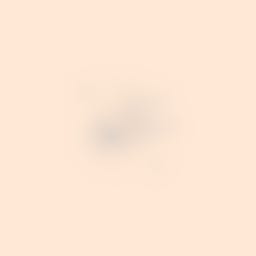 Crumbs may have been hot this year, but all crumbs have an origin story. Think about it. That bit of a pizza crust you just stepped on that is now 10,000 little crusty molecules didn’t come from nowhere, did it? It came from a single nibble of a Nature Valley bar. Or, one of many meals. Not breakfast, because that pizza was eaten under the duvet. Not elevenses, because that was an egg sandwich. And not lunch, or post-lunch snackette, because… whatever. The point is, the tyranny of three meals a day is over. Finito. We live in an open, fluid, multi-mealed society now.

Undoubtedly, 2020 has been the year of the park. In London at least, it isn’t just Hyde Park and Green Park getting all the action. Oh no. This year, any sad patch of greenish grass got a Princess Diaries level glow up. We saw a Tesco meal deal transformed into a three-course picnic, a park bench transform into London’s most sought after weekend date-night spot, and socially distant stare-downs between park goers, all desperate for their turn on that bench.

This year, any sad patch of greenish grass got a Princess Diaries level glow up. 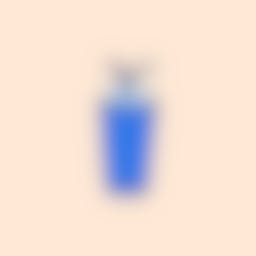 It’s 2076. You’re hungrily drifting down the street. There: a chippie. You disembark from your HoverCrocs™ and ask for portion with a cup of curry sauce. “Sorry pal, no sauce. He got the last ladle,” the owner tells you. The other customer smiles, or grimaces, from beneath a mask. You leave one after another. “Fancy a dunk mate?” he asks, offering an open sauce. “Oh thanks, but, er, you know, sharing food is illegal, since 2020 and all?” “Just a chip fella!” he chirps back. You pause, then, hesitantly, dip a chip into his sauce. You chew, blissful, and, without thinking, dip the same chip in. Wallop. Before you know it you’re on the floor. “You’re under arrest.” The man has his badge out and… you’re bleeding. Wait no, it’s the curry sauce. “For suspicion of sharing. And TDD (Thoughtless Double Dipping). Anything you say or chew may be used in court.” 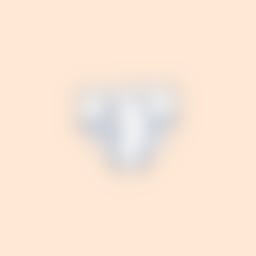 In a year where one of the break-out songs was called ‘Cardigan’, comfort wear has dominated the space once held by thongs, date-night Calvin Klein’s, and those bras that look like something you’d use to bridle Seabiscuit. This was the year commando moved from lifestyle choice to an inevitability. This new found era of freedom even extended to our dining habits. Think ‘free the nipple’ but with a side of pizza and a bucket of chicken wings. Will we ever return to eating whilst wearing underwear? Maybe. But for now, the age of genital liberté rules supreme.

We predict that post-coronavirus the ’Gram will return to a steady feed of cute friend pics and thirst-traps directed at exes. We can’t wait.

If there’s one thing that global crisis, government-enforced curfews, and the turning on its head of everything we thought modern life was all about has taught us... it’s that early dinners are, like, actually, quite good. Sure, 9:00pm bookings on a Saturday night are sexy and all, but to have put away three courses, a bottle, and a glass of Sauternes before 8pm is really very efficient. * Professional, even. Best of all is that it leaves room. Room for you to do something else. Like get a drink, watch a film or perhaps, have a post-dinner snack to tide you over. *

* If this is sounds like you please check our careers page.

This year has led to peacocking’s ugliest incarnation - hygge showboating. But what started out as a celebration of things wholesome and cosy - a little crochet here and a colouring book there - became an online parade of candlelit sourdough, homemade mittens, and 46-step bedtime skincare routines. It’s all very nice, but for the 93% of the population who are less productive, crisis ensued. What’s reverse appliqué? Should I also tie-dye everything I own? Why haven’t I got dressed in four days? We predict that post-coronavirus the ’Gram will return to a steady feed of cute friend pics and thirst-traps directed at exes. We can’t wait.

Since the UK government limited the size of gatherings to six, everyone has either sent, or received, that awkward “I really wanted to invite you, but, you know… rule of six” message. And it’s not personal. Except it totally is. Now that socialising is such a challenge, you’ve had to filter out those friends you hang out with once in a while. You still send a fire emoji here and there, a heart eyes when they upload another story of their morning coffee, but you no longer say things like “we should do something soon!” because you’ve both accepted what this really is. It’s a third-tier friendship. And that’s okay. See you in 2021, maybe.

2020 was a year to bask in table service, to enjoy minimal movement, and to embrace your inner Jabba the Hutt. Sure, your heart might skip a beat when you get an alert that your delivery driver is nearby, but it’s not because they remind you of your ex. Nor is it because they’re the only person you’ve seen in the past week that you’re not actively annoyed at. It’s because they bring food to your door, and it’s official that anyone who plays an active role in you remaining stationary is your new favourite person. Because staying right where you are is a lifestyle that’s not only accepted, but also kind of encouraged right now. At home, in waiting rooms, cafés, and restaurants that didn’t previously have table service - sitting down is having a major moment.

Couples everywhere bedded in for months of quality conversations like: what should we have for dinner babe?

Shockingly, this year we all found out that romance is not conducive to pandemics. Couples everywhere bedded in for months of quality conversations like “what should we have for dinner babe”, or made the frantic move to live together - nights at restaurants and dimly-lit bars traded for approximately 94 hours of Netflix per week. For all the singletons out there, Hinge became Pick Your Player: Lockdown Edition. If you failed to find an anonymous body to spoon in time for quarantine, you probably tweeted quotes about modern loneliness and filled in an application for Love Island ‘as a joke’. If you did, then you’ve spent the last few months arguing with a stranger, both entirely aware that you will syncro-ghost each other the minute, no, the second, a vaccine gets rolling. 2020. Ain’t love grand?