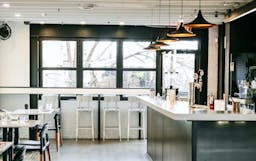 From the Power of 10 Initiative to Updating Rewards, Capital One is Serving Up Support

Days after the COVID-19 shutdown started in Washington, DC, chef Erik Bruner-Yang of Maketto and ABC Pony had to lay off almost his entire staff overnight. Which got him thinking about all those out of work and what he could do to help.

That led to the Power of 10 initiative, a nonprofit based on the idea that if they could generate $10,000 in donations, they could create 10 full-time jobs at restaurants, and those 10 jobs could deliver 1,000 free meals to their community. 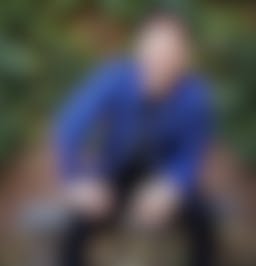 Today, the Power of 10 initiative is running in eight cities and working with 30 restaurants, including Infatuation favorites like Guelaguetza in LA, La Newyorkina and Mighty Quinn’s in NYC, Mi Tocaya Antojeria in Chicago, and Bruner-Yang’s own Maketto in DC. The Power of 10 initiative essentially acts as a connector between organizations who have money to give, restaurants who need help staying in business, and communities in need of food. According to Bruner-Yang, “A lot of the restaurants we’re sponsoring are very small [and] minority-owned and they’re just trying to keep their business afloat.”

More on the Power of 10 initiative →

Just as restaurants have changed this year, Capital One knows that their customers’ day-to-day lives have also changed, and that flexibility is more important now than ever before. Capital One’s rewards credit cards make it possible to effortlessly earn unlimited rewards for doing what matters most, and redeem them in multiple ways.

The Capital One Savor and SavorOne dining rewards cards provide valuable rewards on purchases that will help customers enjoy their nights-in even more. Customers with the Savor card earn unlimited 4% cash back on dining purchases including take-out, delivery and in-person dining. And now, Savor cardholders earn 4% cash back on some of the most popular streaming services including Netflix, Hulu, and Disney+ (through April 30 2021). SavorOne cardholders are able to redeem 3% in these categories, and do not have an annual fee.

Additionally, as travel continues to change, flexibility is more important now than ever before, which is why Capital One’s Venture travel rewards card is designed to help people earn miles they can actually use now and once they’re comfortable traveling again. Since April, Venture and VentureOne cardholders have been able to redeem their miles for eligible restaurant delivery, takeout, and streaming service purchases from thousands of merchants (through April 30 2021).

Because it’s possible cardholders are spending their time a little differently these days, Capital One is continually working to provide value in new and different ways.

More on Capital One →