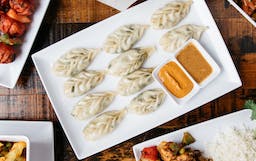 This May, HBO Max is shining a light on Asian American and Pacific Islander creators, storytellers, and artists - celebrating their achievements and contributions to the entertainment industry in honor of AAPI Heritage Month. They’ve picked 10 great TV shows and movies from AAPI creators and we’re spotlighting AAPI-owned restaurants to go with them. Read on for The Infatuation’s recommendations in NYC, LA, San Francisco, Chicago, and Miami, each paired with a movie or TV show you can find on HBO Max.

Eat with: My Neighbor Totoro

What do My Neighbor Totoro and Sunset Squares have in common? Both make you imagine entirely new possibilities. In the ’80s Studio Ghibli film, a magical, twelve-legged Catbus flies through the air. And at this new-ish pizza spot in SoMa, square pies are topped with playful, unique things like mapo tofu or an entire beef rib on thick, sourdough crust. Their pizzas are exactly what you’ll want to dig into while you watch Totoro and his friends dance around a gigantic tree.

Without giving too much away, there’s a great, if not slightly tense, scene in Crazy Rich Asians where Rachel, the main character, folds dumplings with her soon-to-be-husband’s family. And while it may seem a little too on-the-nose to pair a film set in Singapore with a predominantly Chinese cast with one of our favorite San Francisco dumpling spots, whenever we watch that scene, the craving hits hard. So we go to United Dumplings. The Bernal Heights restaurant makes all of their dumplings in-house, from delicate, juicy xiao long bao to the less traditional potstickers filled with corn, mozzarella, and chicken. Don’t leave without an order of garlicky green beans, too. 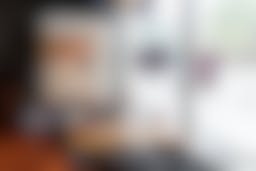 Eat with: Spirited Away

Spirited Away, aka the best animated film ever made, is full of fantastic characters from the spirit realm, each one more gorgeously drawn than the last. And looking at a spread of delicious dumplings from The Momo World will make you feel the same way as Chihiro’s ravenous parents in one of the opening scenes. They’re all momos, and yet different and unique in their own way. Whether you’re eating the jhol, steamed, sadeko, tandoori, you won’t be able to pick a favorite. Luckily, you don’t have to.

You know what’s fun? Pizza, fried chicken, and ice cream. Which happens to be exactly what Pizza Fried Chicken Ice Cream serves. You know what else is fun? The movie Aquaman, which is about (you guessed it) Aquaman. Not only are both these things exactly as advertised, but they’re both incredibly enjoyable. Don’t believe us? Order a tavern-style pizza, a fried chicken sandwich, some ice cream, and start watching Aquaman. You’ll be in a good mood in no time. 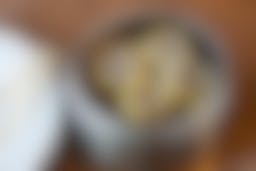 Eat with: Awkwafina is Nora From Queens

There is a scene in the hilarious Awkwafina is Nora from Queens where Awkwafina makes dumplings with her grandma, who is quite possibly our favorite character on TV. We won’t get into more details, because we don’t want to spoil things and the scene has words we’re not allowed to repeat here. However, it made us want dumplings. And it will probably make you want dumplings. If that happens, place an order at Kon Chau, home to some of Miami’s best dim sum - including plump shrimp and pork shumai, green tea mushroom dumplings, and outstanding steamed roast pork buns. 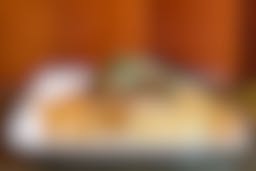 Warrior is a show with some serious action and intensity. So, it makes sense to eat something with similar intensity - something that will quite possibly make your face tingly and your forehead sweaty. North Miami’s CY Chinese has plenty of dishes that deliver that - including dan dan noodles, to-go Szechuan hot pot, and dumplings served in a tingly little bath of red chili oil. And unlike the characters on the show, only your lips will feel like they got into a fight. 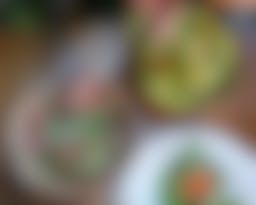 If you’ve already seen (or read) Life of Pi, this takeout pairing should have already clicked for you. But just in case you haven’t, it’s an adventure story about a boy who’s stranded on a lifeboat in the middle of the ocean with a Bengal tiger. No matter how many times we’ve seen it, watching these two mammals survive together against all odds just doesn’t get old. To fully immerse yourself in the experience, order a steamed red snapper wrapped in a banana leaf from The Tyger in Soho. Seafood is a natural choice for a movie set on the sea, but you also might get hungry during the scene when an army of flying fish pummels the boat — this way you won’t feel left out.

Eat with: In The Mood For Love

Wong Kar Wai makes unrequited love stories like music producers make albums — with the utmost care and attention. So grab a box of tissues, put your phone on airplane mode, and pay close attention to this slow and steady journey of two neighbors living in ’60s Hong Kong who quietly fall in love. They’re both already married, so to keep things above board, these lovers have a series of late-night dates at a diner where they hope no one they know can find them. In honor of this movie’s iconic scene where Tony Leung Chiu-wai and Maggie Cheung eat pork chops in a booth while jazz plays, the clear takeout pairing here is Taiwan Pork Chop House in Chinatown. Get the pork chop over rice with a side of rice cakes, and pretend to be another patron at the diner eavesdropping on their love affair. 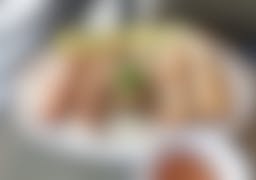 Eat with: House of Ho

At first, if you didn’t know House of Ho was a reality series, you might think it was fictional. Filled with private jets, fast cars, and rich interpersonal drama (no pun intended), it’s a complicated show following the Ho family, a Vietnamese family living in Houston, Texas. And although they are “living the American dream” and are worth millions, they still struggle with oppressive patriarchal expectations, conflicts in marriage, and religious values. There’s a lot of interesting intersections at play here - and simply a ton of money - which can make your head spin faster than the rims on their newest sports car. So make things simpler on yourself, and place an order at Golden Deli. The legendary San Gabriel restaurant has everything you need for a Vietnamese feast, including big bowls of phở tai, grilled pork served over vermicelli noodles, and deep-fried egg rolls that glow as golden as anything you’d find in the Ho’s jewelry drawer.

For actor, humanitarian, and documentarian, Ravi Patel, the pursuit of happiness isn’t just watching Barry Jenkins videos or trying to fit as many chicken nuggets into his mouth as possible (that’s probably just us). It’s a meaningful journey, including trips across the world while attempting to answer some of life’s biggest questions. What does it mean to age well? How can we learn from Korea’s workaholism culture? And, are there times when less parenting can actually be a good thing? Of course, this four-part series doesn’t offer any concrete answers - if you’re looking for prescriptive, neat little solutions, you’re in the wrong place. Instead, it creates space for Patel and his loved ones to have meaningful conversations and dialogues about all of those most important issues and more. It’s heartwarming, full of nuance, and just extremely well done, much like a dinner at one of our favorite French restaurants: Republique. Located in a beautiful cathedral-like space on La Brea, this Mid-Wilshire spot not only serves one of the best dinners in town (whatever their current seasonal pasta is, order it), but they also make a fantastic breakfast. Grab a quick coffee, sit down with a kouign-amann or slice of passionfruit pie, and then you too, will be one step closer to the pursuit of something greater.