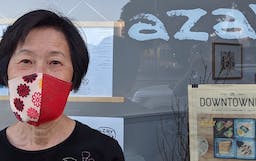 Six months before the pandemic began, Jo Ann Hirose and her husband Akira (of Pasadena’s now-shuttered Maison Akira) opened Azay, a homestyle Japanese restaurant in Little Tokyo. Having built up a steady crowd of lunchtime regulars, they’d just started rolling out dinner service when COVID-19 hit Los Angeles last March. Overnight, the couple had to make some quick adjustments. Hirose, who also works as a dental hygienist, pulled in her son Philip to set up an online presence, and then became the restaurant’s front-of-house point person, handling online orders and dealing with feedback from customers. Though she’s long worked in restaurants before Azay, Hirose says her front-of-house tenure during the pandemic has still been a major lesson in resilience, patience, and understanding.

As a woman in the male-dominated restaurant industry, Hirose has faced challenges from the very beginning. While Azay was being built, she and her majority-female team of designers faced unfair treatment from the all-male construction company. One woman walked off the job three months into the project, Hirose says, and another quit trying to communicate with the contractor altogether. 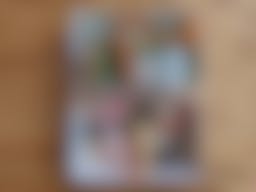 Giving up on opening Azay, however, was never an option for Hirose, whose roots in the area date back to 1946, when her father opened Anzen Hardware on East 1st Street. Known today as Anzen Hotel Supply Co and still owned by relatives, Anzen supplies cookware and Japanese knives to restaurants all over the United States. With Azay, Hirose, a third-generation Japanese American, is proud to continue her father’s legacy and strong connection to the city’s Japanese American community.

When it comes to speaking about her accomplishments, Hirose doesn’t shy away from sharing credit with her husband Akira and children Michelle and Philip. “It always takes help from others to accomplish anything substantial,” she says. “Without the help of Philip’s creative mind to come up with different menus and Akira’s skill to produce delectable dishes, Azay couldn’t have survived,” Hirose says. “My hats off to our fellow restaurants and their staff who continue to weather this storm.”