Where To Eat & Drink In Lake City

14 of the best restaurants and bars in the neighborhood.

When people think of Lake City, they usually just think of all the used car dealerships and the law offices of Reed Schifferman. But there are also a bunch of great places to eat and drink in the neighborhood. You’ll find one of the city’s greatest subs, pelmeni so good we almost forgot Vostok closed, and excellent beer from a couple of breweries, one of which makes a killer stout milkshake.

There’s a lot of ground to cover in this northern neighborhood, but don’t worry - we did it for you. Here are the 14 very best restaurants and bars in the area. 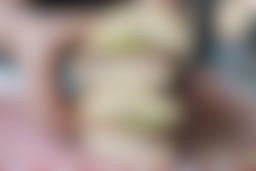 If we lived in an alternate universe where subs were the only food left on earth, we’d probably choose to eat at Tub’s for every meal. Here, you’ll find 36 different types of sandwiches ranging from an excellent Italian grinder to the Firecracker, a toasty sliced chicken sandwich with cheddar, bacon, ranch, a shake of spices, and a cup of warm barbecue sauce for dipping. If you want something sweet, they even have homemade chocolate chip cookies and rice crispy treats made with Froot Loops. 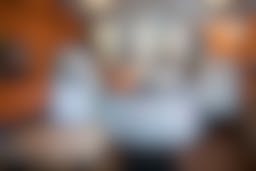 There are more teriyaki spots in Seattle than there are people wearing beanies unironically year-round. Most teriyaki places, like people who wear Carhartt hats, all blend together, but Teriyaki Time is truly a spot that stands out from the crowd. Their chicken is perfectly charred on the edges and the dressing on the cabbage salad is rich and not a total mayo-sugar bomb. While we’d love it if the rice was just a little fluffier, it all comes together when you pour some teriyaki sauce on top. 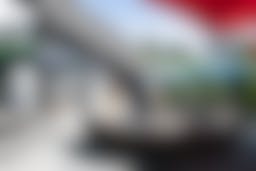 If you want to grab a few beers in Lake City but don’t know where to drink, check out Hellbent. It’s a fun brewery pouring interesting beers like tangerine pilsners and coconut stouts, and they have a bunch of different seating arrangements - from a giant sofa on the patio to comfortable tables on the second floor. There’s also a daily-rotating food truck (Phorale and Oskar’s Pizza are frequent visitors) if you get hungry. 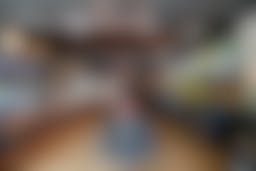 Brother Barrel is another Lake City place to drink beer. Their selection is really diverse, with lots of barrel-aged farmhouse ales and golden sours. They also have a great burger and some solid fried cheese curds to snack on. It’s the perfect spot to come with ten friends at the end of a long day since you can almost always get a table. 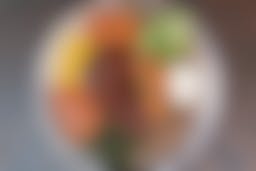 At Ethiopian spot Jebena Cafe, three people can eat dinner for around $20 total. The menu includes dishes like beef tibs and stewed lentils on spongy injera, but you should order the Jebena combo. It comes on a very large plate and has a little bit of everything, including a few types of meats, a couple of vegetable sides, and homemade ayib cheese. Get a cup of coffee after your meal, which they brew from imported beans they roast in house. The staff here is friendly, and there’s a little patio that’s a great place to have a meal when the weather’s nice. 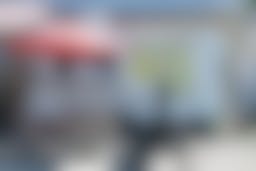 You’ll find a bunch of permanently-parked taco trucks all over Seattle, but none quite as good at Loxicha, a cash-only Oaxacan burrito and taco spot. Unlike other trucks where you’re forced to eat in your car or on the curb, there’s a ton of seating at Loxicha - they have a couple of picnic tables and a built-in deck attached to the truck. When choosing a protein, stick with the al pastor, marinated pollo, or the super tender carnitas. 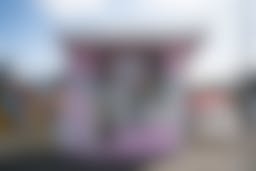 You can find the best cannoli in the entire city at this random pink shack on the side of the 522. At Kelly Cannoli, each pastry is piped with sweet ricotta to order, so the shells stay crispy and the filling stays fresh. They’re $5 each, which seems pricey until you see they’re practically the size of a hot dog. You can even choose what your cannoli ends get dipped in - whether that’s pistachios, Oreo crumbs, or mini chocolate chips.

You’re probably familiar with popular fried chicken joint Ezell’s. But what you might not know is that the original owner of Ezell’s doesn’t actually own it anymore. He went off to open an even better spot called Heaven Sent Chicken. Even though this chicken sits for an undetermined period of time under heat lamps, it’s still moist on the inside and crunchy on the outside. The macaroni and cheese is creamy and saucy. Their rolls could be rebranded as fluffy bread pillows. It’s a great bet for a quick takeout lunch or casual dinner, but remember this: the spicy breading is better than the original. 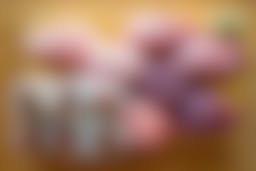 Toyoda is a little Japanese restaurant on the main strip of Lake City that serves some great, reasonably-priced sushi. You get a free noodle salad and miso soup after sitting down and the pieces of nigiri are on the larger side. Come here for a quick and casual dinner and get one of their tempura-fried spicy tuna rolls. It sounds like it could be greasy, but it’s actually light and comes with a delicious ponzu sauce for dipping. 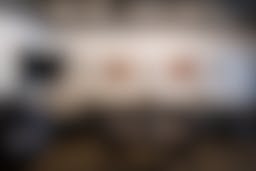 When it comes to Middle Eastern food on the north end, cash-only spot Man’oushe Express is the best option. It’s our go-to for crispy falafel sandwiches with pickled turnips and tahini or lamb gyros with tzatziki. But the mana’eesh, which are flatbreads topped with things like za’atar and salty cheese, make this place special. 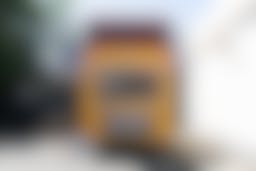 Out of all the Thai restaurants in Lake City, you can find the best curries and stir fry at this cash-only truck that parks at the Shell station on Lake City Way. The panang is creamy and thick and the rice noodles in the pad see ew have an excellent char. We’d even stop by just for a Thai iced tea and a few crispy spring rolls if we needed to fill up our tank. Just expect to wait a bit - the truck is only operated by one person. 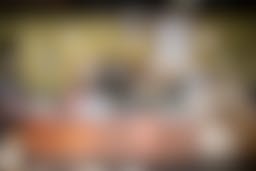 If you smell cookies and cake as you’re heading down Lake City Way, it’s probably coming from German bakery Kaffeeklatsch. All their sweets are delicious, like their apple turnovers, bienenstich (a honey almond custard cake), and rugelach. They make excellent soft pretzels as well, which they sell to a lot of pubs in town. Grab a biscuit and jam for breakfast or pick up a bunch of pretzels to bring to a Seahawks-watching party.

Even though this brewpub has a giant food menu, from reubens to lumpia, you should come to Elliott Bay Public House for dessert. Specifically, the stout mocha milkshake, which is made by blending malted stout with Theo’s chocolate and a couple of scoops of Husky Deli ice cream. It’s not overly boozy, the coffee flavor is spot-on, and it’s refreshing enough that we crave it after a jog. While your friends might want beers alongside their waffle fries, carpe diem and get the milkshake. 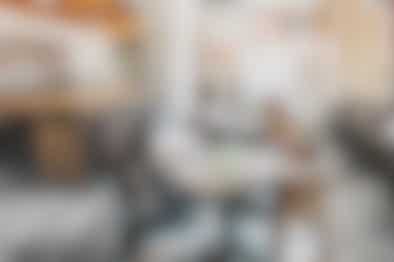 Where To Eat In Ballard

There’s a lot going on in Ballard - we’ll help you navigate. Here are the 18 best Ballard restaurants. 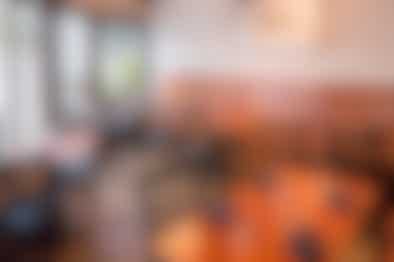 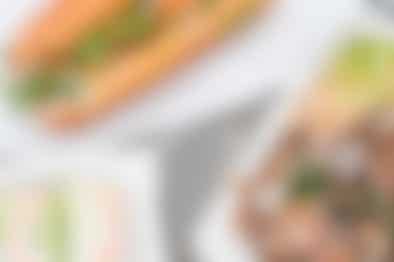 Where to get a great meal that you can eat on your couch. 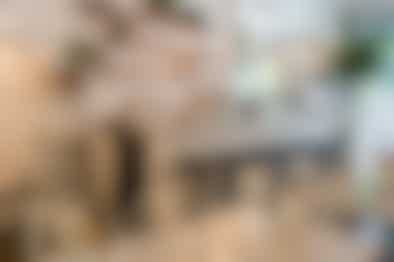 Where To Eat Dinner After Work On The Eastside

After a day’s work on the Eastside, you have two choices: brave the anarchic commuter traffic on the bridge, or stay and eat dinner. We vote dinner. 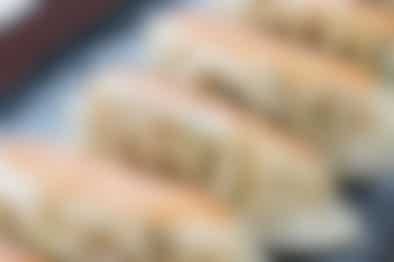 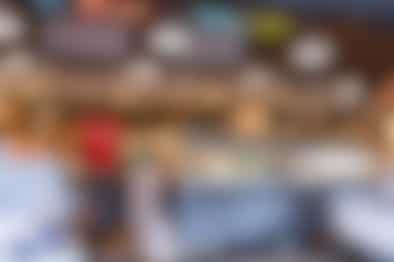 16 Seafood Markets In Seattle To Check Out

16 fish markets around the city where you can shop for salmon, halibut, and other seafood. 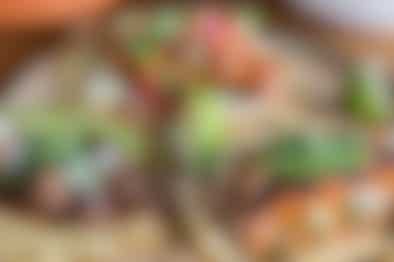 The Best Restaurants Near Your Ballot Drop Box

Make a great meal part of your voting plan. 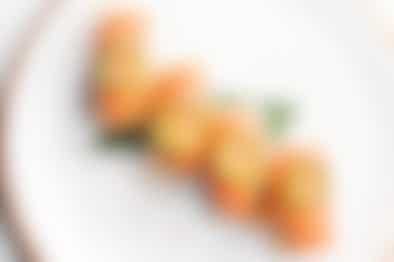