We spent the year looking for the best new restaurants across Seattle. This is where you’ll find them.

We’ve spent the past year researching, eating, taking notes, eating again, having vivid dreams about eating, writing, and then doing it all over again many, many times. That’s because it’s our job - but also because we’ve been working to bring you this: our list of Seattle’s Best New Restaurants Of 2018.

It’s a very mixed group, but all of these restaurants have one thing in common: they serve phenomenal food that makes up for living in a city that’s a wet version of a grayscale photo for seven months. Included in the bunch is a Vietnamese place that feels like a long weekend at Lake Tahoe, and a speakeasy in South Lake Union that seems like what would happen if a mermaid-and-pirate couple went shopping at Restoration Hardware and opened a cocktail bar that serves caviar topped hot dogs.

Research is one of our favorite parts of the job - but it’s your turn now to check these excellent restaurants out. Chances are, you’ll have plenty to talk about at the office tomorrow. 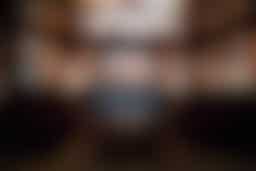 Deep Dive is an underwater grotto-themed cocktail spot with bar snacks that will make you want to ditch your dinner restaurant plans and stay here all night. We know this, because we’ve done it several times. This place convinced us that eating a hazelnut-smoked, caviar-topped hot dog while sitting inside a classed-up version of Ariel’s treasure trove in The Little Mermaid while watching a server replace the lemon garnish on your aquavit cocktail is about as great as a bar experience gets. Deep Dive doesn’t take reservations and there’s usually a wait to get in, but when you find yourself ordering a second round of the gnocchi, you’ll be glad you stuck it out. 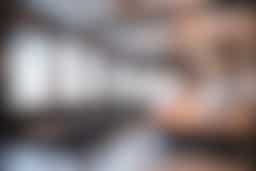 The food at many of the restaurants on this list isn’t exactly what we’d call subtle. A pizza topped with boar ragu and Funyuns, for instance, is equivalent of an exploding confetti cannon the moment the ball drops on New Year’s Eve when you’re on tequila soda number six. A kaiseki meal at Wa’z, on the other hand, makes us feel more like we’re having a quiet champagne toast with our closest friends at a cabin in the woods. It’s special, intimate, and low-key. This Japanese restaurant in Belltown serves meticulously-prepared courses - we had a single bite of incredibly rich chicken that we’d choose over foie gras any day. You’ll be thinking about some of the simplest things you had here - like fried gingko nuts and buckwheat tea ice cream - for days after you eat them. 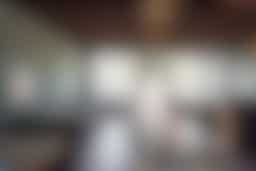 When we stepped inside Reckless Noodle House for the first time, the first thing we noticed were the walls. On one side, there are hundreds of ornamental fishbones, and on the other, there’s a very peaceful mural of a mountainside where we wouldn’t mind spending a few hours contemplating existential thoughts. The calm, dark space doesn’t exactly seem like a place where you’d be in for a crazy, unexpected meal. But looks can be deceiving. From the cocktails made with homemade ginger beer to the salted duck fat caramels you’ll chew on the way out, a meal at this Vietnamese place is comforting and interesting all at once, kind of like the show Easy, or a domesticated pet squirrel. We would eat the braised beef cheek noodles and the coconut fried rice with pastrami on repeat every day if we could. 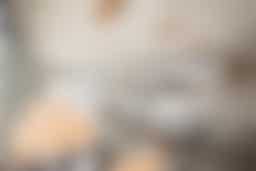 The homemade pasta at Le Messe is the kind you picture when you daydream about living in Italy where you’ll spend your evenings rolling out fresh squid ink spaghetti while your spouse (who’s an opera singer) paints oil portraits of you and pours the Chianti. The rigatoni with braised pork shank, bucatini with pancetta and egg yolk, and cavatelli bolognese are all incredible. We realized quickly that the best spots in the restaurant are at the counter, where you can watch agnolotti swirling around in pans and order off of a special menu only available in these seats. Who knows, maybe you’ll be seated next to an opera singer who will share a bite of their cacio e pepe and/or a lifetime with you. 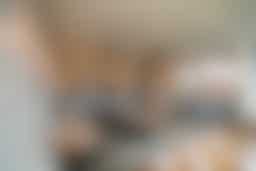 Picture a Hidden Valley commercial with less starchy-shirted children and way more alcohol. You now have a pretty good sense of Homer, a Mediterranean restaurant that makes a lot of vegetables taste very exciting. We don’t know the last time we got this excited about a burnt hunk of cabbage, but when it’s covered in stracciatella cheese, za’atar, olive oil, and peanuts, we’re tempted to buy shirts that say something stupid like “Cabbage Life.” Even if you’re the type who grabs a bacon cheeseburger after eating salad for dinner, you’ll be happy here. The roasted chicken is so good we’d stand on a street corner flipping a big red sign to advertise it. We were a little surprised to end up with a pizza joint on our very official list of Seattle’s Best New Restaurants of 2018 too, but this is the best New York-style pizza in the city. (We discovered this by cross-examining a lot of crusts and spot-treating a lot of San Marzano stains.) At South Town, you can always count on that friendly neighborhood feel you get in South Park, as well as excellent cocktails and pizzas that are equally as funky as they are delicious. We lie awake at night thinking about the pastrami pie with gruyere fondue, and the one with wild boar ragu, sage, and Funyuns. But you also can’t go wrong with the four-cheese slice, because everyone knows you need to follow the rules before you can break them. 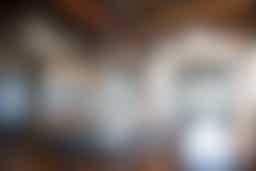 Every wedding season, there’s always that one reception that tops all of the pistachio-crusted salmon snoozefests. Sometimes, it’s the one where the bartenders over-pour the gin and gingers and the DJ knows the appropriate moment to play Kesha. But we’re really talking about the one where they serve mac and cheese and barbecue for dinner and suddenly you’re having the time of your life, wearing your finest suit and chewing on a delicious rib. That’s what eating at Sawyer is like. It’s a renovated sawmill with upscale comfort food that ranges from braised oxtail nachos to peanut butter s’mores Choco Tacos. We’re not saying we’ve ever seen it done, but there’s plenty of room to dance in here, should you decide to embarrass yourself in a nice restaurant.

Well done. You’re a good person. All good. We still like you.
Want to quickly find restaurants on the go? Download The Infatuation app.
8 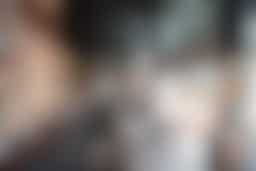 If you’re wondering what our happy place is, it’s searing our own wagyu beef on a sizzling hot rock with one hand and holding a matcha-salted margarita with the other at Tamari Bar in Capitol Hill. This Japanese izakaya spot is a great pregame place to hang out with friends for dinner and drinks, whether your night entails a Jodi Picoult book club at your apartment or a karaoke session at Rockbox. On a cold night, the spicy dan-dan noodle bowl is like a Uniqlo parka in food form, and the yellowtail roll covered in miso aioli and parmesan cheese is the only sushi roll you probably need from now on. FYI, we always get a new scorching rock to cook our steak if the first one cools off. 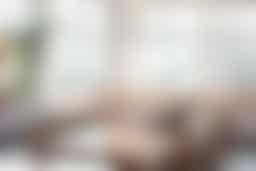 Seeing a pho spot in Seattle is about as common as seeing an evergreen tree on I-90. You’ll point and say, “Look, another one!” while your friends worry that you’re not keeping your eyes on the highway. Pho Bac Sup Shop, however, is not just “another one.” The Vietnamese noodle soup here is really special - particularly the slow-poached chicken with lime and crispy shallots. Also get some sausage sliders and fries with cilantro mayo, and make sure you chase it all with an iced coffee cocktail and a trip to the photo booth. We’re not saying that we once went in there to pose with our soup bowl totally alone, but we’re also not not saying that. 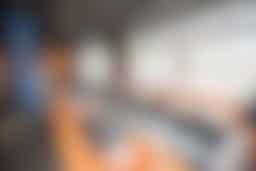 It’s about as easy for us find a good dumpling in Seattle as it is to find a Smith in a phonebook. What’s harder, though, is to find an outstanding dumpling (and an actual phonebook). But the pork dumplings covered in chili oil at Plenty Of Clouds certainly qualify. Sometimes it’s packed in here on a Monday, and other times it’s sleepy on a Friday, but it’s always comforting to sit in the wood-paneled room slurping sesame noodles. We’d trudge through the rain with wet socks for dinner here.