The Best Restaurants In NoPa

There’s more to the neighborhood than Nopa.

NoPa is one of the most central neighborhoods in SF. If we’re meeting up with a friend who lives across the city from us, odds are, we’ll end up here. Even though the area is pretty small, there are a lot of places to eat, mostly along Divis. Instead of walking up and down trying to figure out where to go, use this guide - it’s full of the best restaurants in the neighborhood. 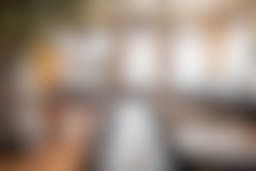 Nopa has become such a classic that people often forget it’s named after the neighborhood and not the other way around. After all these years, it’s still tough to get a reservation here, but the regularly changing, eclectic menu of things like giant pork chops, flatbreads, and pastas is worth the effort. Or, if you’re willing to take your chances, you can hover around the bar and wait for a few seats to open up. Nopa is also open until midnight on weekdays and 1am on weekends, so it’s a great place to grab a burger after drinking at The Page down the street. 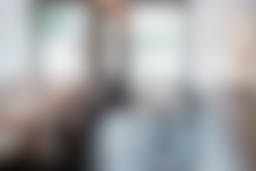 This is one of our favorite first-date spots in the city. It’s small and intimate, but there’s always enough going on where you won’t feel like your date can hear the nervous thoughts in your head. There’s also a great Happy Hour from Tuesday-Sunday with $1.50 oysters and $7 glasses of wine. It’s perfect for when you don’t want to spend a fortune with someone you may or may not see again. 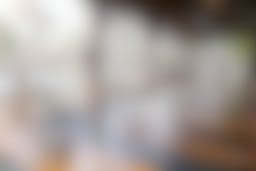 4505 Burgers & BBQ has more outdoor seating than every other place in NoPa combined, and they make some of the best barbecue in SF, including brisket and ribs. On a hot day, sitting at one of their picnic tables under their covered patio is right where you need to be. And if the cold starts to roll in, there are heaters, so you can avoid getting sauce on your favorite sweater. 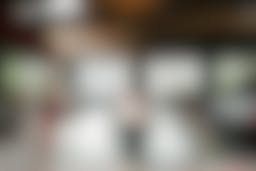 Che Fico is home to lots of great Italian food - from their own charcuterie they make in-house to fresh pastas filled with whatever’s in season to pizzas with puffy, crispy crusts. The dining room reminds us of an architecture magazine with its huge, loft-like open space, bright wallpaper, and a crowd that’s dressed to be photographed. Getting a reservation can sometimes feel like an Olympic event, but it’s worth the effort for big occasions like birthdays or successfully disputing your rent hike. 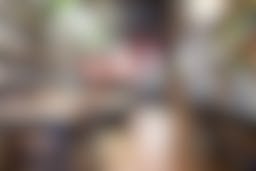 This is our go-to option in the neighborhood when we want a nice meal, but don’t want to feel like we’re signing up for a blowout dinner. Their pastas are equally as great as their sibling restaurant upstairs, but this place is much more casual and accessible. If you’re going with more than one person, be sure to make a reservation so you don’t wind up with a long wait. 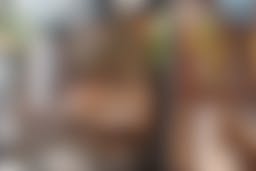 The glassed-in patio makes Horsefeather an ideal place to come for brunch when it’s chilly, but you still want to be outside. At night, though, it feels more like a bar with good food than a full-blown restaurant. Come here for an early-in-the-game date, or when the wait at Nopa is longer than you’re willing to put up with. Make sure to order the burger, pork tacos, or the poke bowl. 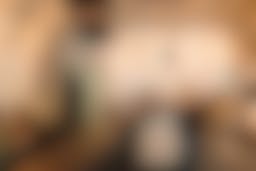 This place can get crowded on weekends, so come during the week when it’s much easier to get a table. This Korean spot has everything from rice stone pots with vegetables to ramen, plus a bunch of small plates including incredible karaage fried chicken.

Brenda’s Meat & Three is the smaller offshoot from the people behind Brenda’s French Soul Food in the Tenderloin. Here you order one entree and three sides like mac and cheese or green beans to go with it. All together your meal will only cost you around $20. When you’re trying to decide what meat to get, know that their fried chicken is excellent. 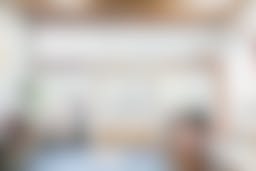 Luxury toast has caused more change in this city than any other low-tech invention, and The Mill on Divis has played a large role in that. Whether it’s country bread with avocado or dense brown bread with seasonal jam, their toasts are all phenomenal - and one order is all you really need to be full until lunch. If you’re not, grab a few baked goods to-go. And while they serve coffee and toast all day, they switch to pizza at night. The huge, $3.50 slices have a chewy, bread-like crust and are some of the best in the city.

Bi-Rite is mostly a grocery store, but we eat here just as often as any of the other restaurants in the area. Their cured meats, cheeses, breads, and sandwiches like the prosciutto with arugula and mozzarella are great to eat in Alamo Square Park while watching people try to take photos of themselves in front of the Full House houses. If you end up doing a sit-down dinner somewhere else, skip on their dessert to get a scoop of ice cream here. 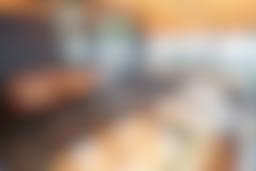 This place is from the same people as Nopa, except instead of massive pork chops and flatbreads, Nopalito makes Mexican food like carnitas and huge bowls of pozole. Most of the seating here is on a patio, but it’s covered and there are heaters - so if the weather isn’t ideal, you can still come here for margaritas over lunch and not worry about being enveloped by fog. 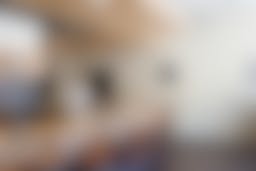 Going to Ju-Ni involves some heavy consideration as this small Japanese spot only serves one 18-course, $165 omakase. If you’re prepared to spend that much and have a good reason to do it - like an anniversary or winning big from scratchers - it’s worth it. This place makes some of the best sushi in the city. 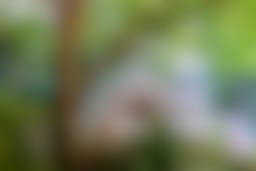 For birthdays in NoPa, we always turn to Ragazza. In addition to great pizzas and pastas, this place has a garden with a gazebo you’ll wish was in your own back yard. You can rent it out if you have six or more friends to fill it, or if you just want to stretch out somewhere that’s larger than your small apartment. 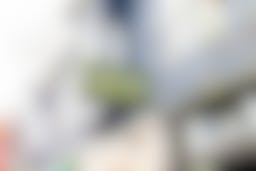 The large portions and affordable prices at Zaytoon make this Mediterranean spot a good stop for a casual weeknight dinner. We like the mezze sampler which comes with falafel, pita, and a bunch of dips. It’s good to split with someone else, but if you’re really hungry, grab one of their shawarma wraps that are larger than most burritos in the city. 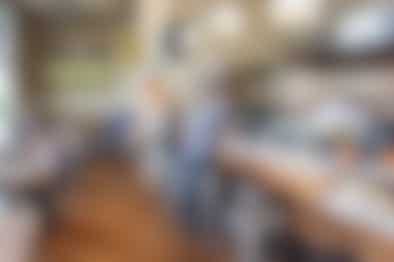 Where To Eat The Best Breakfast In San Francisco 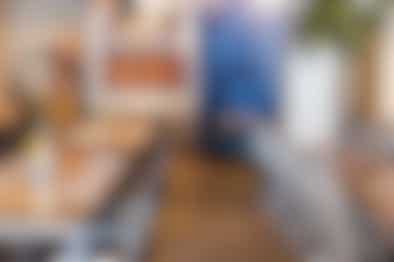 Where To Eat And Drink In The Mission 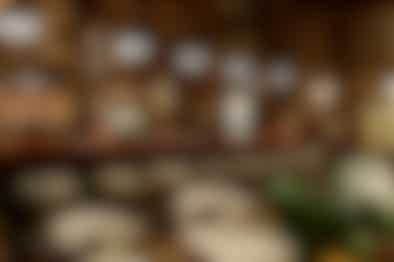 The Best Bars In The Mission

You’re going to go out in the Mission. Here are the best bars in the area. 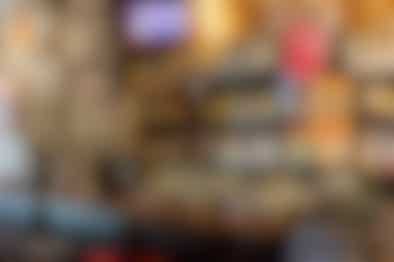 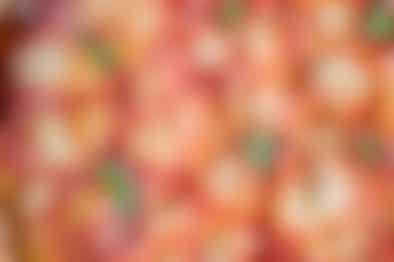 Looking for a great way to spend your evening? Give one of these 20 meal kits a shot. 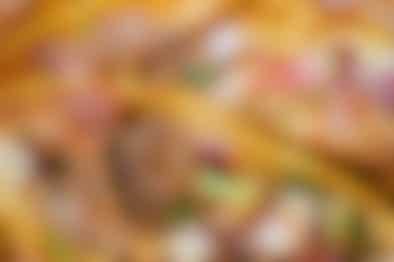 Birria tacos are popping up all over the Bay Area. Here are some great spots to get some. 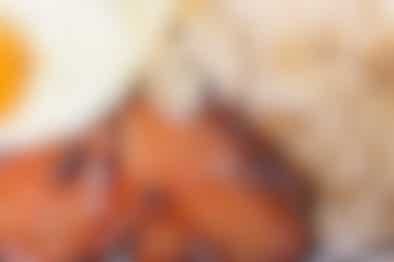 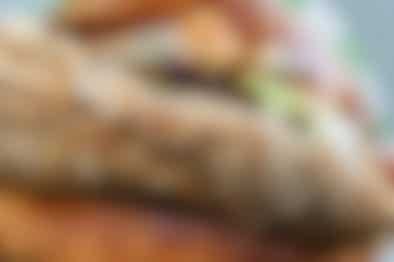 Because you can never have too many fried chicken sandwiches.
Restaurant Finder