On March 6th, the drag nightclub, cabaret, and queer community space in SoMa is hosting a 12-hour drag telecast to raise $100,000 to survive. The live stream will run from 12pm-12am on the club’s streaming service Oasis TV and through the fundraising site Give Butter.

Performers will include Sister Roma, Heklina, Juanita More, and many others. Auction items, which include everything from a kayak trip on the bay to creepy claw gloves, will also go live at the start of the telethon. 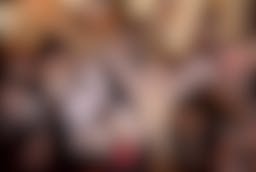 The Oasis fundraiser comes on the heels of many other queer-bar closures. Last May, the city’s oldest queer bar and nightclub, The Stud, closed permanently. Then last month, Virgil’s Sea Room announced it was also shutting down for good.

If you don’t want to wait until then to donate (as of this writing, Oasis has already raised $84,000) - you can head here.

Get To Know The Women Behind La Cocina’s New Marketplace
Set to open April 5th, the marketplace is the latest project from the nonprofit incubator that helps women of color grow their food businesses.

7 SF Rooftop Bars & Restaurants Open For Outdoor Dining
Where to have a drink and some food on a roof today.

5 SF Public Art Installations To Visit (And What To Eat Nearby)
Where to get katsu chicken sandwiches, dumplings, and beef noodle soup after you look at some art.