Erin Ng
September 15, 2021
8 Bay Area Chefs Pick Their Favorite Pupusas
Eight Hispanic/Latinx restaurant pros from the Bay Area tell us where they get their favorite pupusas

Pupusas have long been a symbol of comfort and a reminder of home for immigrant Salvadoran communities around the globe. These thick cakes of corn masa are filled with an endless array of ingredients—from Salvadoran-style chicharron to shrimp and cheese—all cooked together and served with a side of curtido, a fermented cabbage slaw. While you can use silverware to eat pupusas, the traditional (and best) way to eat pupusas is with your hands, one sloppy bite at a time.

The San Francisco Bay Area is home to an especially large number of Hispanic and Latinx residents—approximately 23.5 percent of the total population—and SF’s Mission District is where you’ll find the city’s largest concentration of taquerias, Latin American street foods, and Mexican tapa joints, along with pupuserias (restaurants specializing in pupusas). Local spots such as Balompie Cafe and Panchita’s serve up traditional Salvadoran foods like tamales pollo and yuca frita, but pupusas are their speciality. Look for pupuserias in Oakland’s Fruitvale neighborhood and the East Bay’s Mission-Garin, in Hayward, as well.

Now firmly established as a Bay Area staple with cross-cultural appeal, pupusas have become popular in a variety of neighborhoods and communities. Here, eight Hispanic/Latinx chefs from the Bay Area tell us where they get their pupusas locally, and exactly what it is that makes these particular pupusas so special.

“I’d never had a pupusa until I moved to San Francisco from New Jersey 25 years ago. Now I absolutely love them! They remind me of the Colombian arepas I grew up eating every weekend at my grandparents house with the entire family. My favorite spot is Panchita’s, a Salvadoran restaurant and pupuseria in San Francisco’s Mission district. Their curtido and salsa are perfect toppings for the chicharron and queso pupusa.” 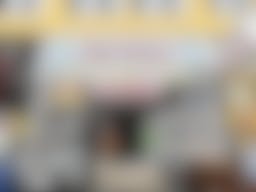 “Although I’m San Francisco Bay-born, my family comes from San Salvador, and I grew up eating pupusas. I love Las Pacitas Salvadorean Bakery in San Leandro. Not only is it a Salvadoran bakery, which is really hard to come by in the Bay Area, but it’s also women-run, and they crush it. Their pupusas are on point, and the closest in taste to El Salvador that I’ve had in the Bay Area, for sure. Their pupusas revueltas (beans, cheese, and pork) are especially good because the pork is mixed with chunks of peppers and tomatoes. I’m also a sucker for their pupusas de loroco, which are stuffed with cheese and loroco, a type of Salvadoran herb.”

“For me, pupusas are like a pizza, because once the dough is created, you can fill a pupusa with whatever flavors you like. My favorite San Francisco pupusas are at Reina’s in the Mission District, which serves authentic Salvadoran and Mexican food. They come perfectly stuffed with just the right amount of cheese and filling, which might be pollo or arroz y frijoles. They’re also crispier on the outside than the pupusas you’ll find elsewhere, and the curido is very flavorful. I have to say I’m almost an expert on this dish, because I had the opportunity to run a restaurant back in 2005 where we featured pupusas on the menu.”

“I’m of Dominican heritage and grew up in Washington Heights, New York, though I didn’t have my first pupusa until moving to California. The first place I tried one was at Platano, a Salvadoran restaurant in Berkeley, and it was really fantastic. It was so similar to the arepas I grew up eating, and it also reminded me of something my mom would have made. You’ve got the complexities of the flavors—the sweetness of the corn and the masa, the spiciness of the beef, and the gooeyness of the cheese—and Platano served it with a really nice sour cream made with cilantro and jalapenos. Then there’s the pickled cabbage, which adds even more texture and acidity.”

“I remember the exact day in 1993 when my cooking school took us on a San Francisco field trip for all foods Latino. I was so excited to try my first-ever pupusas. The bean and queso pupusa at La Palma in San Francisco’s Mission district was perfection! Twenty-eight years later, I still line up for their pupusas.” 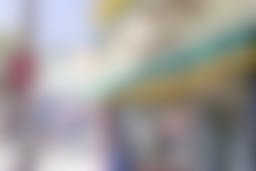 “I used to live in Daly City, so I liked to go to Reina’s, in San Francisco’s nearby Mission neighborhood. I would always get the chicharron pupusa servido. It comes with rice, salad, or papas. It’s delicious!”

“Since I eat arepas—Venezuela’s national bread—almost daily, pupusas aren’t a regular dish for me. Often when I do eat them, they’re gifted to me by friends. These are the ones I’m most fond of. However, I would also recommend El Rincón Yucateco on O’Farrell Street, in San Francisco’s Tenderloin neighborhood. They have really good Central American food, including pupusas. It’s kind of like a hole-in-the-wall sort-of place, but you can taste the love in their food. It’s also a great find in the city. I like their carnitas pupusas the best.”

“Right now I’m only getting my pupusas from one particular place, and that’s because his pupusas are top-notch! Anthony Salguero at the Oakland pop-up Popoca is one of these incredible Salvadoran chefs that come from a long Salvadoran lineage. He makes his pupusas by hand and from scratch, not those pupusas that you find that are so oily. They’re also wood-fired, and he picks his ingredients fresh from the market. My favorites are the chicharron and the pupusas de calabaza, filled with cheese and zucchini.” 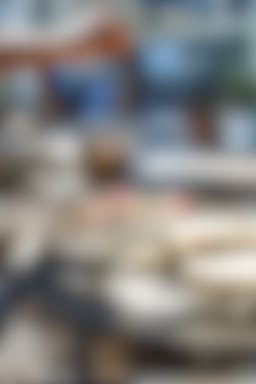 Where To Eat With Someone Who’s Cooler Than You
15 places to eat with someone who probably listens to better music than you.

7 New Things To Do & Eat In San Francisco This Week
A Hawaiian-inspired pop-up, a one-day-only grilled cheese, and more.

The Best Things We Ate This Week
A running list of the best dishes we’ve had recently.