March 19, 2021
This Popular, Women-Owned Mezcal Is Indeed Worth The Hype
Get yourself some Yola.

I have a sentimental attachment to certain mezcals. Mezcal Vida, for example, has left a pretty large footprint on my life - in part because it’s an easy-to-find sub-$40 bottle that tends to be ubiquitous in bars. It’s easy, it’s been my go-to, and it’s great for any cocktail needs. There are also a handful of similarly-priced mezcals I sub in from time to time (such as Madre and Peloton de la Muerte), but habits are hard to break, and I wanted to branch out.

That’s where Yola comes in. At least that’s what I’d hoped. But is this women-owned, increasingly popular mezcal actually any good? Yes. And, honestly, that’s wonderful news, because this casual review would have been super awkward otherwise.

Yola is a relative newcomer to the mezcal field, founded by Yola Jimenez, Gina Correll, and Lykke Li. The three started the company after Jimenez (the proprietor of a bar in Mexico City) inherited a mezcal farm from her grandfather, and they currently run an all-female bottling facility in San Juan del Río dedicated to fair, direct pay. Yola 1971 - named for the date of the original recipe - is their only offering at the moment, and it’s produced from two types of agave: the common espadín varietal, as well as the tall, fruity madrecuixe.

On the nose, there isn’t a ton of smoke. And, once you get around to actually putting this mezcal in your mouth, you’ll find it tastes even less smoky than it smells. So if you’ve ever shied away from this type of agave-based spirit because you assumed it tastes like a bonfire, give Yola 1971 a shot. Mostly, it reminds me of a handful of mildly caramelized tropical fruit. It both tastes and smells like a semi-savory pineapple, and - while there could be subliminal reasons for why I think this (pineapple and agave look pretty similar) - I encourage you to pick up a bottle and try to prove me wrong. Just be aware that Yola, at 45% ABV, has a decent bite to it.

Despite its elegant, tropical notes, Yola is not so much a sipping mezcal. That isn’t to say you shouldn’t drink it neat (I do, often), but there are a bunch of pricier mezcals out there that lend themselves better to this type of consumption. And, at roughly $50 a bottle, Yola 1971 is the sort of option that you can throw in a mixed drink without losing any sleep. Try it in a Mezcal Mango Margarita (please), or just make a simple Gimlet and feel free to add a half-ounce or so of pineapple juice (and maybe a pinch of salt). Due to the flavor profile, Yola works best with fruit-forward drinks, which is to say refreshing ones. So be sure to get some on your bar cart before temperatures start rising and someone invites you to a pool party for the first time in several years.

Get some Yola mezcal → 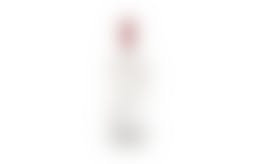