Tovolo
April 14, 2021
What’s The Deal With Ice Ball Molds?
An informal investigation into the spherical ice sometimes referred to as “whiskey ice balls.”

A big sphere of ice is, without question, an impressive-looking thing. Throw one in a drink, and your sphere gets even more impressive. It might even make you use the m word (mixology) or cause you to take pictures of your beverage before nudging the ball around with your nose like a highly trained dolphin. But are ice balls - sometimes referred to whiskey ice balls - actually worth it? Or are they just gimmicks?

According to the Cambridge Dictionary, a gimmick is “something that is not serious or of real value that is used to attract people’s attention.” And that seems like a pretty fair definition. As a former bartender, I’m especially wary of any cocktail-related gimmicks, so let’s take a deep dive into the world of ice balls and ice ball molds to find out what they’re actually good for.

What Are Ice Balls Exactly?

First off, they’re exactly what they sound like. Whereas you usually make ice in trays (such as the ones in your freezer right now), ice spheres, for the most part, require special molds. Look on Amazon, and you’ll find an infinite number of these molds, typically made from silicone. I, personally, use Tovolo ones - and they work great.

Why Should I Use An Ice Ball?

Because they look cool, and they’re easy to make. Seriously, that’s my answer - and I’m not ashamed of it. But if you want to here’s the rationale behind this conclusion, here are some common arguments in favor of large ice balls versus large and small cubes, and why I think they ultimately don’t matter.

Hypothetically, a large piece of ice will generally melt slower than multiple smaller pieces that add up to the same mass and volume as the larger piece. And that’s due to surface area. Multiple small pieces of ice have more surface in contact with a beverage, and therefore absorb more heat, rapidly chilling a drink while also rapidly melting. At least at first. But as the liquid cools more quickly around the smaller cubes, the rate of melting will obviously decrease. In my experience, however, large spheres and small cubes that add up to the same mass and volume provide exceedingly similar results. (A large ice ball does seems to have more stamina at the very end, say an in hour in - but, at the point, why are you still nursing your drink?)

The Sphere Versus Cube Argument

Why choose a sphere versus a cube, assuming they have the same mass and volume? Turns out, the rationale is the same as what we discussed in The Big Ice Argument. It comes down to surface area. The cube has more surface area and will theoretically melt faster in a drink. Once again, I very much doubt you will notice a difference.

A sphere of ice in a silicone mold will freeze slower than smaller ice cubes in trays. That’s for several reasons. First off, it’s insulated by the silicone. Second, it’s a larger piece of ice. And if you remember our tutorial on How To Make Perfect Ice, you should know that the longer ice takes to freeze, the more time you give it to release dissolved air, creating clearer, denser ice that melts slower. The thing is, when you make Perfect Ice, you want to do something called directional freezing - i.e., you leave one side exposed so the dissolved air can escape. But, when you’re using a mold, ice spheres are fully enclosed. Also, they still freeze in a matter of hours, so the difference in density feels pretty negligible.

Are there more factors at play? 100%. But I truly believe that none of them really matter. Unless you’re making cocktails in a lab environment and your palate is superhuman, your choice between large cubes, small cubes, and a large sphere won’t significantly change the taste of your drink.

So Are Ice Balls Gimmicks?

Sort of? But they look cool, they’re a simple way to make large pieces of ice, and, if you’re debating using a single small piece of ice vs a large piece of ice, I’ll almost always tell you to go for the large one. Unless you’re drinking whiskey, that is. Ironically, a lot of ice ball molds are targeted toward whiskey drinkers, but the thought of putting a giant piece of ice in a quality cup of whiskey pains me. (If anything, I like my whiskey a little bit warm.) That said, I’m not going to yuck anyone’s yum. Drink what you want (shoutout to John deBary, and if you want to make some ice spheres just because they look cool, I fully support you. Chances are, I’m doing the exact same thing. 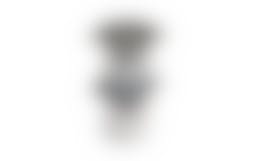 I use these individual ice ball molds from Tovolo, and they work wonderfully. Just fill each one up to the fill line, put the lid on, and freeze for about 4 hours. (Freezing time will vary depending on your freezer.) Once frozen, just run a little warm water over your mold, and the sphere of ice should pop right out. Go ahead and toss it right in a Negroni. 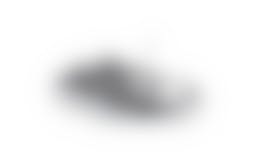 Want to make six ice balls at once? Try this TGJOR tray, which has received many a positive review on Amazon. 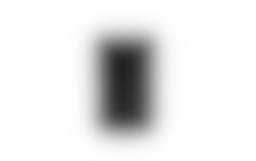 If you’re an overachiever or just have a lot of time on hands right now, consider freezing your own big block of ice and cutting it into spheres using this mold from Cocktail Kingdom. Naturally, it’s made of aerospace grade aluminum.

14 Best Things On Sale This Week
Deals on SMEG, Coravin, Brooklinen, and more.