March 30, 2021
My Staub Dutchie Is The Best Thing I Bought All Year
From making perfect pelau to Cornish game hens, I use it nearly every day.
SW
Written by
Shelley Worrell

It’s fair to say that I love food. I love going to Black-owned Caribbean restaurants in Little Caribbean and I also love cooking at home. It’s one of those activities that gives me pause from my work as Founder of Caribbeing while bringing me tremendous amounts of joy. I picked up the hobby as an adult and quickly discovered how soothing it can be to chop herbs and vegetables, some of which I grow in my own kitchen garden.

My meals usually consist of improvising using existing items from my pantry and fridge, which is typically stocked with fresh filets from Mermaid Garden’s fish share and farm fresh vegetables from the local co-op and Labay Market, a West Indian grocery on Nostrand Avenue. I’ll add on seasonings like garlic, shallots, fresh cut chadon beni (also known as culantro), chives, and broadleaf (Cuban) thyme. As a finishing touch to my meals, I’ll incorporate something unconventional like a gratin prepared with plantains instead of potatoes.

In the past, I used cook most of my traditional Caribbean recipes in a well-worn cast iron pot. Admittedly it wasn’t a West Indian dutch pot - it resembled more of a wok. An all-rounder, must-have in most Caribbean kitchens, affectionately immortalized in this popular 80s song, the dutchie is a thick iron pot with a tight-fitting lid known for retaining flavors and its ability to hold high temperatures. It’s perfect for everything from stews to curries, to rice and peas, (or peas and rice depending on where you come from!).

As much as I loved using my old cast iron pot, it wasn’t quite perfect. Most importantly, it didn’t have a proper lid which prompted many emergency calls to my mother and aunt in Trinidad about why my rice and more specifically pelau, a one-pot dish consisting of rice, pigeon peas and chicken simmered in seasonings and fresh coconut milk, came out less than perfect. The verdict? The silicone lid I was using causing the rice to “sweat” too much, leaving it soggy and not fluffy. In order to perfect that dish, it was time for an upgrade.

With a bit of research, comparing the likes of Le Creuset and other similar cast iron dutch ovens, I landed on the Staub as my new, perfect dutchie. The brand has a reputation for enduring value and high quality, plus it looks quite nice. So, last November when I saw the one pot wonder on sale, it was a sign. After much deliberation over color (there are over twenty!) I landed on the simple and elegant combo of the black cocotte with a gold knob.

From the moment it arrived this pot has become my ride or die, barely leaving my stove except to be cleaned. I use it almost daily making West Indian staples like provisions, which are root vegetables like cassava, plantains and sweet potatoes that are served boiled or fried with saltfish. Or I’ll do callaloo, an Afro-Caribbean stew made with fresh leafy greens, okra and coconut milk. Breadfruit, which is a nutty potato-like fruit that is typically roasted, fried or steamed is another favorite. I also love it for my creamy soups that include pumpkin, cauliflower, or geera lentils and I’ll even make baked cornish hens in it. As for pelau? It’s perfect now and it’s the next dish in my Food52 Caribbean food series. 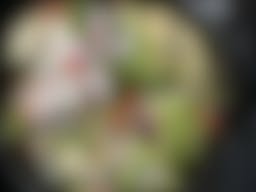 Making breadfruit oil down in my Staub dutchie.

Much like the West Indian versions (but I’d say even better!), my Staub dutchie not only retains high temperatures and just the right of moisture but it’s also super versatile. I love that I can stew, roast, braise and pop it in the oven. A surprise bonus is the #MadeinStaub community I discovered on Instagram, inspiring me to experiment with even more recipes like cinnamon rolls, citrus-infused upside down cake, and grilled shrimp kabobs. It makes my favorite family dishes taste like I’m back home but it also makes it fun to try new things too. Unfortunately it’s not on discount, like when I bought it but I promise you, it’s worth every penny. Once you get one, you’ll find that you’ll use it every day, just like I do.