March 24, 2021
Our New Favorite Whiskey That (Almost) Defies Definition
Kikori is one of the smoothest things around.

Do enough digging, and you’ll eventually find that most terms are bogus. Things simply do not exist. Well, they do - but not usually in the sense that you think they do. Does that make sense? If not, allow me to explain, using as an example the smooth, delicately nuanced whiskey known as Kikori.

As I just mentioned, Kikori is a whiskey. But what does that mean? According to this country’s legal definition, whiskey is a spirit bottled at 80-proof or above and made from “a fermented mash of grain” that “possesses the taste, aroma, and characteristics generally attributed to whisky.” In other words, it’s something that has the property of seeming like whiskey.

If that reasoning makes your brain hurt, that’s only natural. Feel free to take a breather.

Thanks to this circular definition (in which very little is actually defined), there’s room for the concept of this grain-based spirit to grow and expand. As new or lesser-known styles grow in popularity, they, in turn, can nudge forward the perception of what seems like whiskey. And that brings me back to Kikori.

Kikori is, notably, a female-owned brand produced in Kumamoto, Japan, and it’s been around in the U.S. since 2015. Whereas most other whiskies are made from barley, wheat, corn, or some other grain like rye, Kikori is distilled from 100% rice (similar to shōchū). Despite the fact that it’s aged in oak for a minimum of three years, Kikori is also a lot lighter in hue than most of its American and Scottish counterparts. As opposed to copper or maple syrup-colored, it’s more of a pale gold.

Take a sip, and you don’t really get that sour, tannic bite you expect from your average whiskey. Instead, Kikori is almost sweet - although not in the sense that it actually seems sugary. The flavor is light, subtle, and incredibly smooth, and it tastes sort of like a grassy field in May full of bumblebees and honey. Put on a blindfold, and you might even mistake Kikori for an interesting, artisanal vodka.

For that reason, Kikori is a very accessible entry point to the world of whiskey. I do not mean to imply, however, that this spirit is not for the serious connoisseur. Sure, it doesn’t have the depth or smoke of a top-shelf scotch, but - as a current outlier in the stateside market - Kikori comes with its own set of strengths. For one, it’s super versatile in cocktails. Try some in a Whiskey Sour with an egg white and several heavy dashes of Scrappy’s Lavender Bitters. Few drinks are better.

This spirit is also great for sipping neat when you don’t necessarily want your mouth to taste like an oak barrel after every drink. Pour some in a rocks glass, maybe add a drop of water, and admire Kikori’s hay-like complexion. Just don’t get too hung up on the fact that it doesn’t necessarily look or taste like whiskey. As I mentioned, that term is fluid, and you should be grateful for this fluidity. It’s part of why you have the privilege of getting to know Kikori. 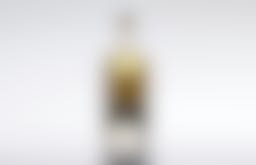 The 11 Best Wine Glasses For All Your Outdoor Drinking Needs
The official drinkware of summer.

The Absolute Best Mother’s Day Presents For Food and Drink Loving Moms
Because she already has a robe.

Our Favorite Ceramics That You Can Actually Buy Right Now
Because all those “sold out” notifications are starting to take a psychic toll.

Your Summer Paloma Starter Pack, From Glassware To Tequila
Get your home prepped for warm-weather drinking.